iPod docks can often seem to be competing with each other to see who can sport the weirdest and wackiest design. We’ve already had the bulbous B&W Zeppelin Air and the pyramid shaped Monitor Audio i-deck 100. Joining this lot is the Edifier Luna 5 Encore . The “Luna” in the name refers to this dock’s moon shaped speaker enclosure that sits behind the dock at the front and gives it such a distinctive look.

These days you can generally divide iPod/iPhone docks into two categories. There are premium options, such those from B&W and Arcam, aimed at people willing to pay big bucks to get good sound quality. And there are more mainstream models that perhaps don’t produce audio that’s quite as satisfying, but are much more affordable for the average bod on the street.

Edifier is trying to bridge the gap between these two markets with the Luna 5 Encore. It’s available for around £150 – not too pricey – but the company reckons it has the sound quality to give some more expensive models a run of their money. So does this turn out to be the case? 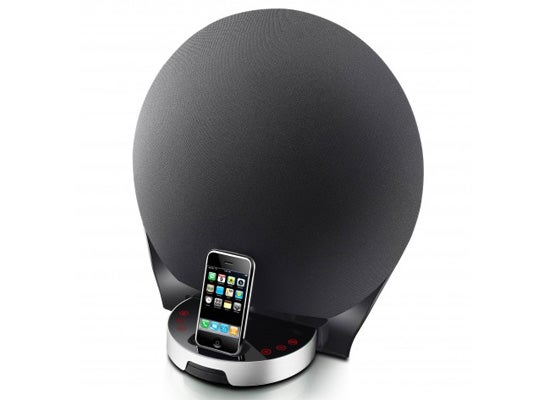 The Edifier Luna 5 Encore’s design is likely to polarise opinion. Some will think its circular design is attractive, while others will see it as a poor man’s attempt to ape the rounded styling of B&W’s flagship Zeppelin product. Either way, like the Zeppelin, the Luna 5 is quite a large dock, standing 390mm tall and measuring 376mm wide. 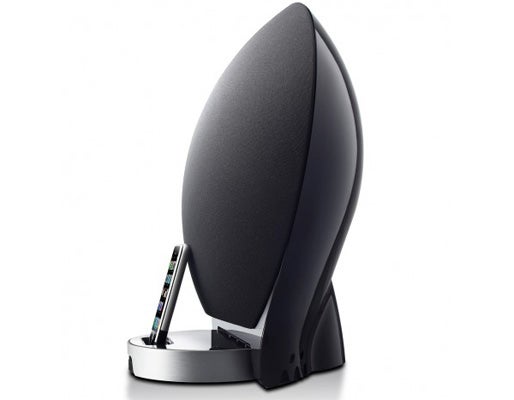 There’s a pretty basic red LED display mounted here too. The touch buttons allow you to turn the volume up and down, skip forwards and backwards through track lists and select between the three different inputs. The dock is powered by a relatively large external PSU that connects to the speaker via a long 9ft cable – hiding the PSU out of the way shouldn’t be a problem.

At the front, hidden behind a small plastic flap, there’s an auxiliary input. This allows you to use it with non-Apple MP3 players or phones, and there’s a blanking plate to completely cover the dock connector if you don’t need to use it. However, it’s a little bit annoying that this auxiliary input uses a non-standard micro jack plug, even through Edifier does include an adaptor cable in the box. Along with the auxiliary input there’s also an integrated radio tuner. However, this tuner is FM only, so unlike some other docks we’ve reviewed you can’t use it to pick up DAB radio stations. 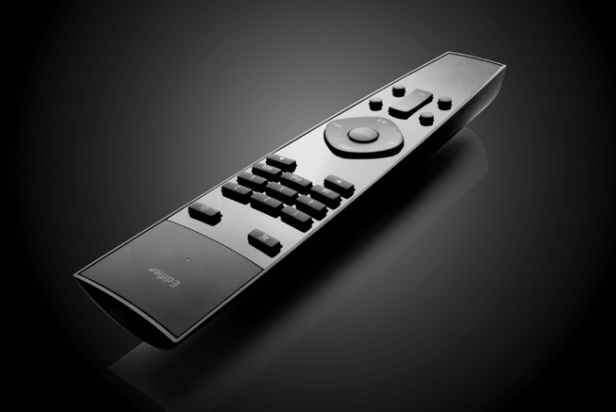 Naturally, the Edifier Luna 5 can be controlled remotely via its zapper, but the supplied remote is huge. It’s a full 240mm long is quite heavy. It includes dedicated buttons to switch between the FM tuner, iPod and Aux modes, and also has the standard navigation controls for track skipping, play/pause and menu. There’s a volume control button at the bottom, which is also flanked by secondary controls for the subwoofer and treble levels. The top also houses six numerical buttons for switching between FM presets.

The dome speaker enclosure on the Edifier Luna 5 Encore actually houses five magnetically shield drivers. There’s a sub unit along with two mid-range drivers and two tweeters. All this adds up to 52 watts of RMS power.

However, the Luna 5 isn’t particularly loud, and while the volume level is fine for an average-sized bedroom or office, we found it struggled to fill a reasonably big front lounge. We wouldn’t like to rely on it for loud music at a party. Thankfully, though, it does tend to hold together quite well at louder volume levels, with distortion only really creeping at very close to maximum. 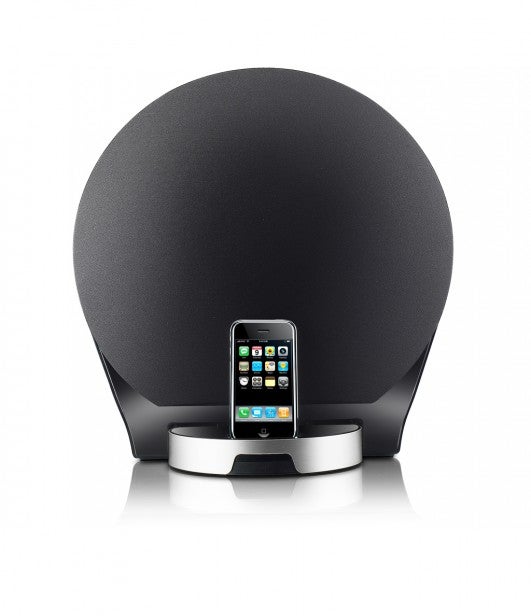 Also, the dock does, for the most part, deliver quite pleasing audio. Bass is tight and focused while the mid-range is naturally vibrant and highs are clear without sounding overly sharp. This is true across a range of different music types from the more subtle acoustic work outs of Midlake’s Courage of Others to the bass heavy stomp of Leftfield’s Dub Gusset.

That said, stereo separation isn’t great, so music doesn’t sound as wide and expansive as many other docks that we’ve tried. 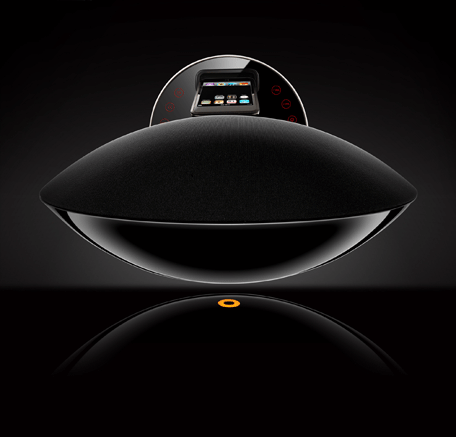 There are a few other problems too. Although Edifier says the dock is compatible with iPhones, our iPhone occasionally threw up an error message when we plugged it in, saying that the dock wasn’t designed for use with it and asking whether we wanted to turn the airplane mode on to reduce interference. Nevertheless, music playback from the iPhone still worked fine.

A more worrying problem, though, is that the FM tuner is nowhere near as sensitive as it needs to be. The built-in antenna is so bad that it just doesn’t pick up many stations. Using the dock in East London, we couldn’t get clear reception of XFM and couldn’t get any reception at all of BBC Radio 1. Clearly the radio section just isn’t up to scratch – don’t buy this dock if the radio feature is important to you.

The Edifier Luna 5 Encore has its strong points. Its audio quality is better than many similarly priced docks and its design is distinctive enough to help it stand out from the crowd. However, it’s hampered by the poor radio reception from its FM tuner and that it’s not quite loud enough to be used at parties.