Dreamfall Chapters is simultaneously both a wonderful throwback to the adventure games of yesteryear, and also a reminder that, in 2017, you probably need a little more refinement in your approach when handling that genre. A port of the PC version released episodically last year, this is every entry squeezed into one and now playable on your console. Whether you’ll want to do that is a different matter entirely.

Set in 2020, and focused mainly on how an evil corporation has drugged the majority of its citizens with a device called ‘the dream machine’, residents are choosing to live in their made-up fantasies as a result of being in a drug-induced coma. As ever, there’s more to this than meets the eye, and it’s up to you to figure it all out by stepping into the shoes of Zoë Castillo and Kian Alvane.

The introduction of multiple main characters is nice, mainly because the constant jumping around keeps Dreamfall more interesting that it would have been otherwise, but the biggest issue here is how archaic it can feel. While the story is compelling enough to keep you going, it never really hits the heights you’d like or expect. 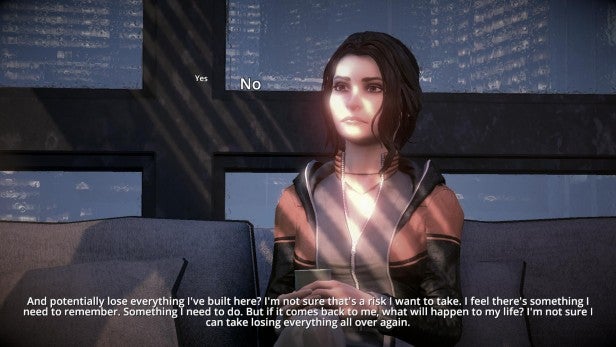 The most important part of titles of this ilk is to be intriguing from the off. All you’re ever really doing is allowing a narrative to unwind as you solve puzzles and get to know the locals, and Dreamfall’s plot fails to ever truly get going.

This means there will be times where you force yourself to continue – as opposed to being compelled to – and that can be a problem, made worse because the mentioned puzzles aren’t exactly a high point either. Treading the line between old-school, illogical mental challenges and pretty straightforward solutions, developer Red Thread Games struggles to make either have the necessary impact. Before long you’re just going through the motions, or heading to Google to figure the damn thing out.

However, as contradictory as this may sound, if you were brought up on this kind of thing, or remember the likes of Grim Fandango with a huge smile etched upon your face, there’s a nostalgic charm here ready to transport you back to your younger days. It certainly isn’t as good as those LucasArts classics – and the humour isn’t in the same league – but its slow pace and methodical nature completely stand out against the in-your-face games of today.

You’re meant to take your time and think everything through, and becoming stuck isn’t considered a dead end. In fact, that’s the whole point, and while Dreamfall Chapters never gets that balance right to make it shine, that it does at all will be the appeal for some – especially if you miss the genre on the whole.

Over the years, companies such as Telltale have added a distinct spin whereby there’s a much greater emphasis on guiding you through a story. If you prefer a more back and forth approach, this is exactly what you’re going to get here. 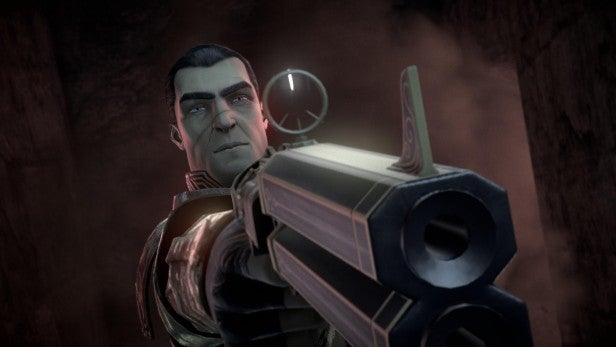 That is, of course, unless you’re new to the franchise. Although you may not realise from the title, Chapters is a continuation of the story introduced in The Longest Journey, and if you don’t have the time – or patience – to go back through all of that, on occasion you may be utterly baffled. Red Thread Games has done a poor job in trying to get debutants up to speed, and while long-term fans may be pleased in that sense (there’s very little hand-holding), it does nothing for those who just stumble across the game.

It’s very difficult to penetrate, which is a shame because Dreamfall is very well written and the characters are believable – the environments in which you find yourself are lovely to explore, too. Whether that’s enough to keep you hooked for the 20-plus hours you’ll need to see the credits, however, is a different story.

Ultimately, Chapters has been designed with its pre-existing audience in mind. If you’ve bought into this before, you’ll buy into it again, because it does nothing new to what came before. That’s fine in one sense – it’s familiar and has its moments – but this type of game could have far more appeal, even now, if it were to take on a modern spin. 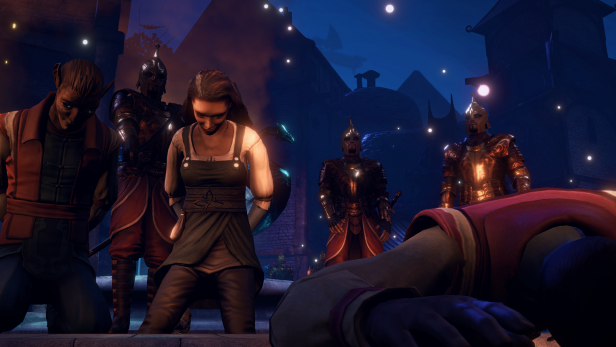 Reviews that end with ‘one for the fans’ always sound slightly ridiculous because that statement seems obvious in itself. However, I don’t think I’ve played a game that pushes that agenda so hard – if you’re desperate for more Dreamfall, you now have it. With that said, there’s a good chance you already played it on the PC…

Dreamfall Chapters stays true to the adventure genre it embraced in 1999, but sticking to the same approach in 2017 means it feels a little past its prime.