I once hired a Mustang and drove it around the southern US for two weeks. I reckon it was the best thing I’ve ever done, at least where thrill-seeking is concerned. But I’d be useless in competitive racing. I know nothing of torque or differentials, and I only ever pop the hood to add screenwash.

The point is that you don’t need to be a petrolhead to like a good drive, to enjoy zooming through gorgeous vistas, or appreciate the idiosyncrasies of a powerful machine when the weather gets tough. It’s clear that Playground Games understands this, and that’s why Forza Horizon is my favourite race series.

It strikes a balance between the bonkers fun of an arcade racer and the in-depth nature of a racing simulation – and that balance is tweakable to suit you. For those just after a thrill ride, every car is ready to go as soon as you get in. For those who want a more difficult, more realistic driving experience, there’s an insane amount of customisation, right down to the tyre pressure.

Forza Horizon 3 takes that element of choice and goes further. Want to stick to tarmac? That’s fine, there’s plenty of city and open road racing. But now we’re in Australia – a map twice the size of that in Forza Horizon 2 – and you also get desert plains, sandy beaches and dense rainforest, all with variable weather conditions to keep you on your toes.

There are 350 cars (and counting) and there are no rules about how you use them. Abuse or cherish them as you choose. You could be as sensible or ridiculous as you want. You could tackle mountainous terrain with an appropriate 4×4, or you can throw your Aston Martin DB5 down those hills, smashing through trees as you go. It’s like one giant game of Micro Machines, only better because every car handles differently. 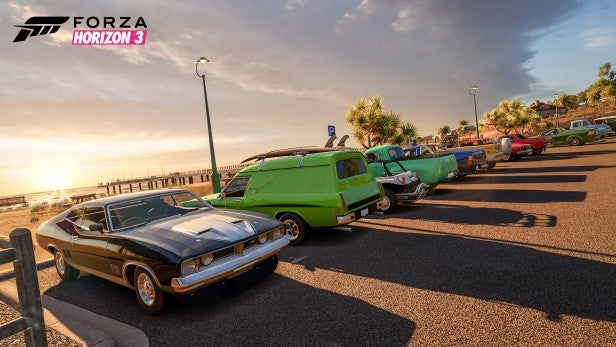 However you drive, you’ll never be penalised. You could stick to the roads the sat-nav points you towards, or ignore them entirely and do your own thing. “Turn around when it is safe to do so,” you say? No, I’m going to plough through this field and fly off a cliff, because that’s just how I roll. Sure, you may get tired of driving like that, but that hasn’t happened to me yet.

You’re rewarded points for “Clean Driving” if you don’t hit something for a while. But misjudge that corner and smash up somebody’s garden fence? “Great wreckage”. For those who do want to drive properly, a great feature makes a return: the ability to rewind by a couple of seconds and recover from a mistake, just like in Prince of Persia: Sands of Time. 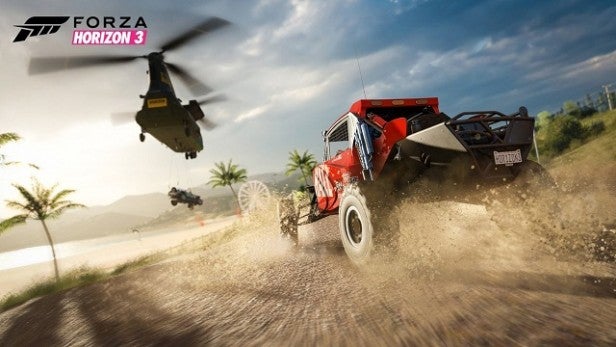 As with the other Horizon games, the format of the game loosely revolves around a racing festival which is simply an excuse to go to different parts of the map and partake in different events. This time, instead of merely being in attendance, you’re the festival boss.

You get to choose your avatar from a fairly basic list, as well as the nickname your assistant Keira calls you. You even get to personalise your numberplate. “My other car is a Batmobile” wouldn’t fit, so I went with “THRU5T3D”. 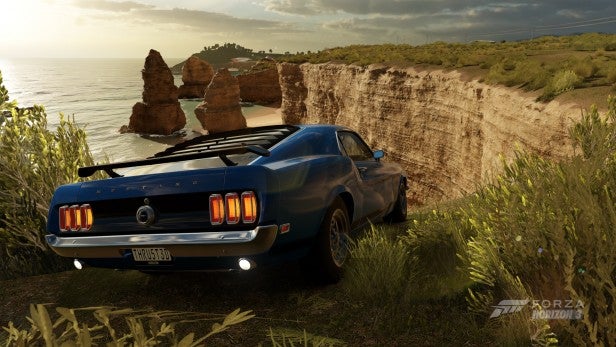 Most importantly, you get to decide what sort of races you run in and when. Want a race with only movie-related cars, in the rain, at midnight? You got it, boss.

But this is no simulation game, and you’re not supposed to spend too much time in menus. The game actively encourages you to go out and drive. Every now and then your Australian mechanic Warren will point out rumoured “Barn Finds”, where you look for abandoned classic cars and keep them.

Keira will tell you about races you can attend and new challenges you can take, but the highlights are the crazy showcase events. You’ll be racing against cars air-lifted by helicopter. Last night, I raced a freight train.

In reality, “running the festival” feels like no work at all. It’s really just a vague framework that lets you decide what to do next. You’ve got total freedom. 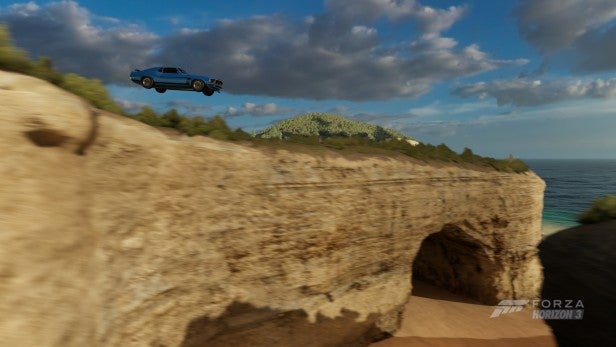 As for the social element, you can choose to engage or ignore it as much as you like. The game is peppered with “Drivatars”, AI avatars that drive around based on other people’s performance. It’s not unusual to see other people crash, but the flip side is that somebody else will probably see your own Drivatar making some questionable manoeuvres.

They aren’t live, however – for that you’ll need to go online. It’s a seamless experience and I connected effortlessly, with no lag or dropouts. The game searches for people and events, and you have various challenges, which include straight-up racing (sprint race, team race) and ludicrous games (Capture The Flag, Infection). You could also ignore events and drive around in the online open world. Again, the choice is yours. The multiplayer element is perfectly integrated, and I never felt it was a chore to enter or leave. 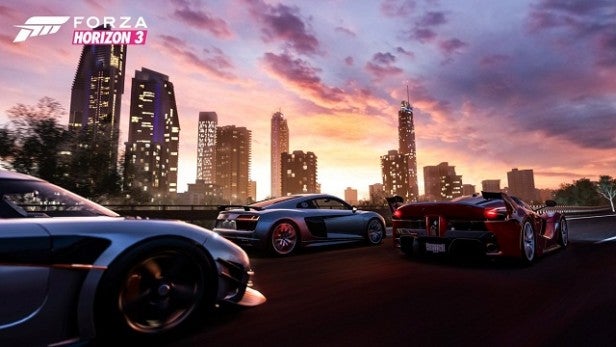 All this, and it’s a sensory treat too. This game is simply gorgeous, and is easily one of the best-looking games I’ve played on Xbox One. Much of it is down to the excellent dynamic lighting, which shines through dense rainforests and glints off your metal.

The car models themselves are spot on and very polished, with the appropriate dirt detail when you get them wet or drive down muddy tracks. Taking them for a drive is the real treat, because the scenery is so nice to look at. At one point I delayed attending a race because I was having such a lovely time cruising by the beach at sunset.

It sounds great, too. I turned the music down to hear the engines, and each car has its own sonic signature, roaring or protesting appropriately. It’s quite a treat in surround sound. 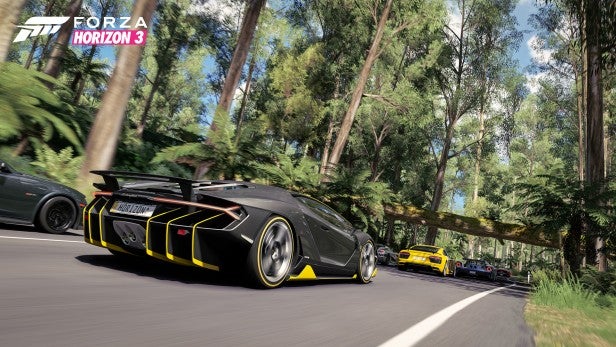 Besides that time I threw my Mustang around the bends of the Blue Ridge Parkway, I have never had a more fun, thrilling or satisfying driving experience.

This game gets my heart rate going like no other racer. It captures the childish glee of playing with toy cars and combines it with the adrenaline of throwing yourself around in a very expensive hunk of metal.

Will it last? I’ve had a solid week of this and I’m not even close to being bored yet. Then there’s Playground Games’ history of adding worthwhile expansion packs, which promises to keep things fresh.

But what if you already have Forza Horizon 2? I reckon it’s worth the upgrade. The map is much bigger and more varied, and the list of customisation options is bigger than ever.

Factor in the layers of car fan service, the immense detail at every level, and Forza Horizon 3 is the complete package.