Update: Destiny 2 has since launched

Available on Xbox One, PS4 (reviewed), PS3, Xbox 360
The problem with the first Destiny expanion, The Dark Below, is one of expectations. When we hear the words ‘expansion’ we think new monsters, new levels – potentially a whole new campaign. When we see the price tag of £20, we practically have a right to expect that. Instead, The Dark Below throws in three new story missions, two Strikes and one new Raid, with only the thinnest of storylines to knot the whole thing together.

The new story missions don’t even take us to new locales, merely extending the ones we know already. The first reused sections of Old Russia with an additional, creepy Hive cavern bunged in at the end. The second does take us somewhere different – inside the Warmind Rasputin’s secret bunker – but this isn’t exactly an extensive area, and merely sets you up for a classic waves of enemy confrontation. The third is the best, taking us on a trip into the moon and a series of new, and still rather eerie Hive chambers, but it’s still more the kind of thing you’d expect from a £10 DLC pack, not what you might call an expansion. 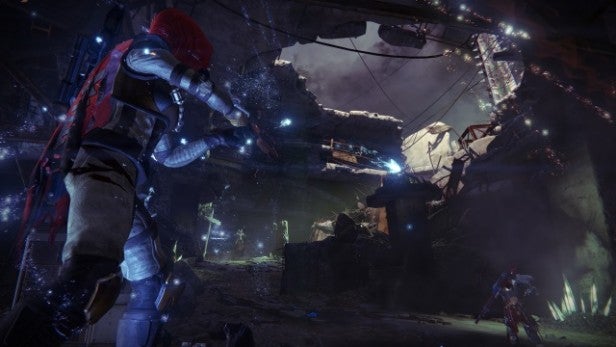 Two of the three missions feature boss battles. The first seems near-impossible if you’re only just at the minimum level, until you work out that he has a fatal flaw in his AI, and can be peppered mercilessly with bullets from a safe distance. The second is better but still oddly anti-climactic. For all its many strengths, Destiny still struggles to deliver high moments of drama when it needs them most.

The way the missions are linked is also strangely low-key, with a time and battle-ravaged Guardian arriving at the tower to enlist your help in the battle against arch-meanie Crota (of sword and temple fame). You get chunks of voiceover here and there, plus new bounties and rewards, but it’s not what you might call a compelling new episode in the Destiny timeline. Where we could have done with a tale that bought the fight against darkness into focus, we just have another series of missions that feels a little like a sideplot. 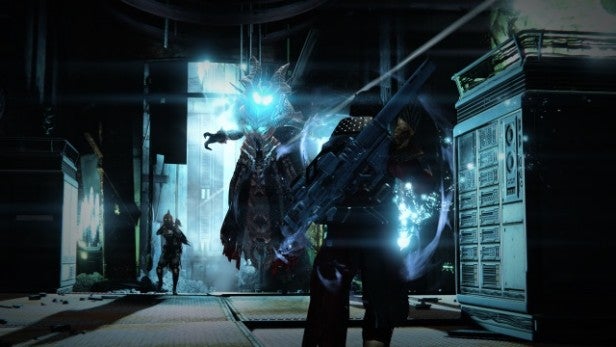 The missions are fun to play; Destiny’s core shooting and looting mechanics are so polished that that’s almost inevitable. Focusing on the Hive is a smart idea – they’re arguably the strongest villains in the game – and the enhanced enemies put up a decent fight, even if they leave you wishing that The Dark Below had bothered to add some proper new ones. All the same, it’s hard to imagine anyone not coming away feeling just an tiny little bit dissatisfied.

And the Strikes? Well, the PS4 exclusive effort is a return to the black garden and involves blasting your way through almost endless swarms of Vex before another bullet-sponge boss appears. The main Strike helps cap off the Dark Below storyline, but you’ll have to grind for hours collecting bounties before you reach it, and while it throws in another new area, there’s still little here that you haven’t seen before. 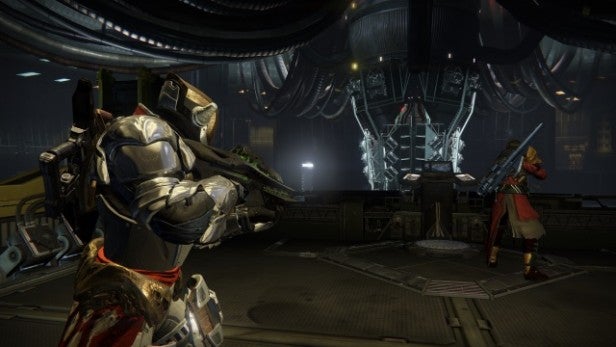 Crucible fans get a couple of new maps, giving you the chance to skirmish in an abandoned Hive ritual site and a spot in the Black Garden, plus a new Earth arena with more space for vehicles to have an impact. These feature heavily in the two new Rumble and Clash playlists, though if – like me – you spend most of your Crucible time wondering who shot you, this might not be the best reason to invest.

This leaves you with the Raid. We’re still working our way up the levels to reach it, and waiting for our Destiny chums to do the same, but all we can say is that it had better be as least as good as Vault of Glass, if not better. If it is, we’ll add some points to the score. If it’s not, we’ll add some sulky, moany comments roughly here within the next few days. 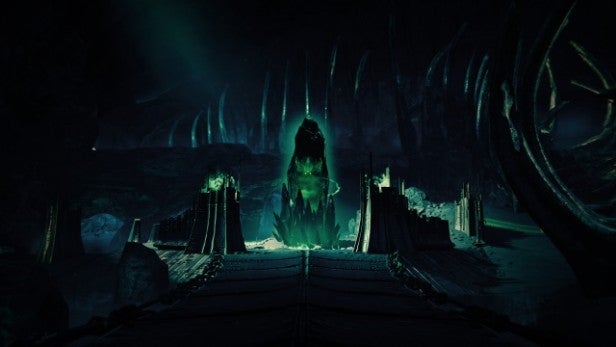 We love Destiny, but we’re in two minds about The Dark Below. On the one hand, the new level cap (up to 32), the new armour, weapons and equipment and the addition of new strikes to the playlists makes it virtually essential for fans, though those of you who’ve spent the last two months grinding for decent gear might be a little annoyed to see the expansion dishing it out like penny sweets from a tuck shop clearance sale.

We’re also happy to keep coming back to the game, tackling the same missions solo or with different people and harvesting the loot.

Yet this isn’t what we call a proper expansion: it gives you more of the same good stuff, but not anything that new. Most of all, where it could have fixed some of Destiny’s problems – fumbled storytelling, repetition, grinding – it’s only made them seem more obvious.

Verdict
An expansion that could have confirmed Destiny’s greatness only leaves you feeling underwhelmed. If you want more Destiny, here’s more Destiny, and it’s still a lot of fun. There’s more loot to collect, more weapons and armour to try out, and a handful of new strikes and activities to try with your Destiny friends. When we’ve played the new Raid there’s a chance that it might all seem incredibly worthwhile. For now, however, the main reason to buy The Dark Below is that it gives you more reason to keep plugging away and a handful of new activities, not because it adds anything that new  or substantial to the game.