A fast mono-laser printer can be the backbone of a small office, and with its claimed 35ppm print speed, the Dell S2810dn should be well suited. It’s aimed at small offices and workgroups and it’s fully network-compatible, featuring a Gigabit Ethernet connection.

The first thing you notice about this printer is its size. Although it’s a single-function mono laser, it’s the size of some colour units on the market – and there doesn’t seem to be any reason for this extra bulk. 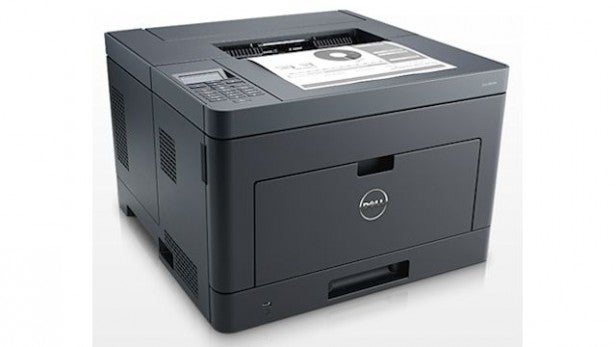 For instance, it has only a 250-sheet main paper tray, with no option for a second one. There is a 100-sheet multi-purpose tray that folds down from the front panel, however. It seems to be a trend among manufacturers of newer small-office printers to provide relatively low-capacity paper trays, which will only lead to more restocking for whoever has to refill them. A two-stage paper stop folds out from the top panel, so there’s plenty of output capacity.

Set into the top surface is a control panel, which includes menu-navigation buttons and a numeric pad. For security, the pad can be used to release print jobs by entering PINs. A four-line, 16-character mono LCD screen displays status and warning messages. 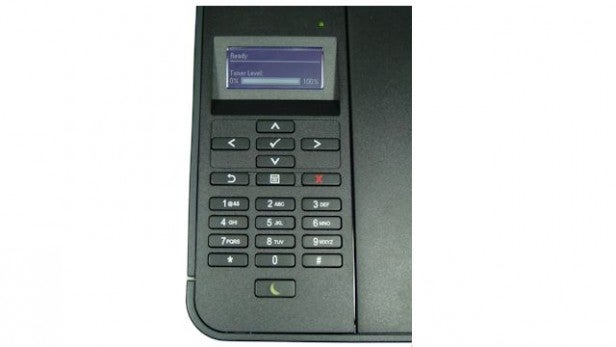 At the rear of the S2810dn are sockets for USB and Ethernet; the network connection runs at gigabit speeds, so you shouldn’t experience any data bottlenecks. There’s no wireless connection, although a wireless adapter is available at an exorbitant £98.

The drum and cartridge are separate components, although linked. With a lifespan of 85,000 pages, the drum could last the lifetime of the printer. We’ve assumed it won’t and have included a replacement in our costings. At only £29, however, it won’t make a significant impact on the cost per page.

As well as the software driver, Dell includes access to its Document Hub, which provides you with the facility to print from almost anywhere, from a device such as a tablet or phone, via your wireless network. It’s no HP wireless direct print, but it has the same effect.

Dell claims a healthy 35ppm print speed for the S2810dn. In our five-page document test, it reached 21.4ppm; when the print run was lengthened to 20 pages, the speed rose to 31ppm – close to the claimed speed. Subjectively, the machine is very quick, with little warm-up time and a consistent throughput.

The duplex speed held up well, too, with a measured rate of 21.4 sides per minute. The same number popped up for a third time in the text and graphics test, again printing at 21.4ppm.

A 15 x 10cm photo took a respectable 18 seconds from a PC, and a full A4 image from a Samsung smartphone completed in 24 seconds. 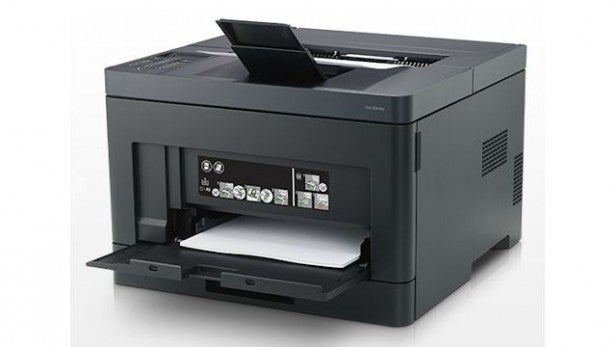 Image quality is good, with crisp, clean-edged characters thanks to the default 600dpi resolution. This can be switched up to 1,200dpi when necessary, although if printing graphics, the printer is a little slower. Photos print well, too, with plenty of detail and only some slight banding.

As mentioned, we’ve included the cost of a replacement photoconductor drum in the page cost. If you assume it’s a lifetime component, it makes a difference of about 0.3p per page. Using the high-yield, 6,000-page cartridge, the S2810dn has a page cost of 2.4p. This compares well with most other mono lasers in the same price bracket, although, oddly, the £125 Pantum P-3255DN manages 2.1p per page. 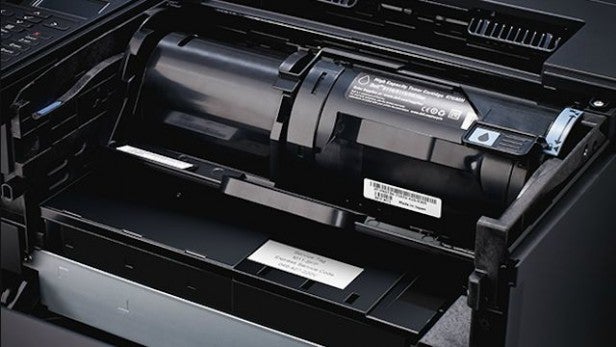 There are plenty of mono laser printers around, but the Dell has one big advantage: speed. The HP LaserJet Pro M201dw costs £130, but could manage only 18ppm in our tests. Even a more costly unit, such as the £288 Kyocera FS-2100DN, only pips the Dell machine by a couple of pages per minute.

The Dell S2810dn is a speedy mono laser that’s cheap to run, with good-quality output. It’s bulkier than it needs to be, and its 250-sheet paper tray will mean more frequent refills than you’d expect for this class of printer. Even so, it represents a good choice for small-office or workgroup use.