Pantum is a Chinese printer company producing laser printers and all-in-ones for personal and small workgroup use. The P3255DN is a small-office machine, offering a respectable print speed of 33ppm and duplex print as standard.

With an all-black, textured livery, the printer could be mistaken for a Dell, though with slightly rounder lines. Conventionally designed, it has a 250-sheet paper tray underneath, from which paper feeds to an indent in the top panel, which acts as an output tray. There’s no option to add an extra tray. 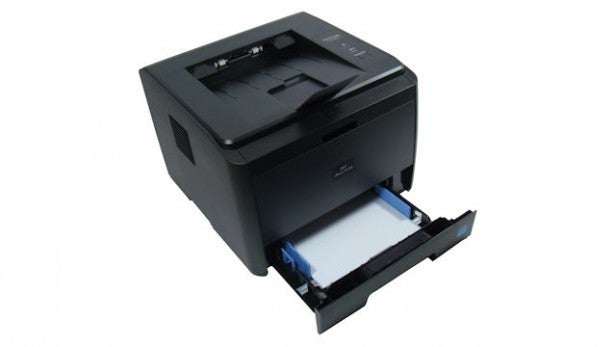 There’s a flip-up paper stop at the front of the output tray and a multi-purpose feed which pulls down from the front panel. This only takes a single sheet, though, making it long-winded for more than a single letterhead or envelope.

The control panel is very basic, offering only lights for paper jam and status and a single button, confusingly marked Cancel/Continue – which is it? The driver is reasonably comprehensive, though, providing control over the printer’s key features. There’s also a simplified network management routine, more for status read-back than control. 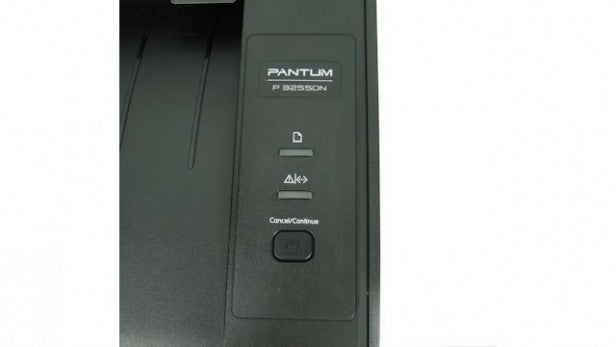 The drum and toner cartridge in an integrated unit, so very easy to replace, once you’ve swung down the front panel. The printer comes with a standard yield, 3,000-page cartridge installed and 3,000 and 6,000-page replacements are available.

Pantum claims 33ppm for the P3255DN, but as usual this is an ISO page-to-page time and doesn’t include preparing the pages for printing. We do real world tests, timing from clicking Print in Word to the last page appearing in the output tray.

The print speeds are generally good and, subjectively, pages came through quickly and generally without problem. We did have one instance of a multiple feed, when three sheets of our standard multipurpose paper came through together during the duplex print test. 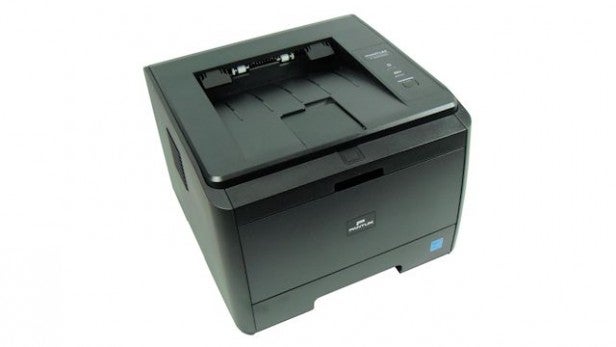 Print quality is very good, with crisp black text throughout. While the printer is marketed as having 1,200dpi resolution by some retailers, Pantum itself only claims 1,200 x 600dpi. Since the default mode for nearly all 1,200dpi printers is 600dpi – you have to explicitly select 1,200dpi – this won’t matter to most people.

Greyscale graphics are good, with the numbers of tones available enough to distinguish between a good range of colours in an original. Our photo test, never easy for a mono laser, was reasonably well reproduced, though there wasn’t the clarity of detail as from the Kyocera Ecosys FS-2100DN we reviewed recently. That machine costs twice the price of this Pantum, though.

The P3255DN is quite noisy when printing and we measured peaks of 65dBA at half a metre.

You can find the 6,000-page drum and toner cartridge at just under £80 online, which gives a cost per page of 2.1p, including 0.7p for paper. This is quite a bit lower than from the £132, HP LaserJet Pro M201dw, which costs 3.5p on the same measure and the 3.0p from the £114 Canon iSENSYS LBP6230dw. Pantum’s claim of low running costs is very reasonable for this class of printer. 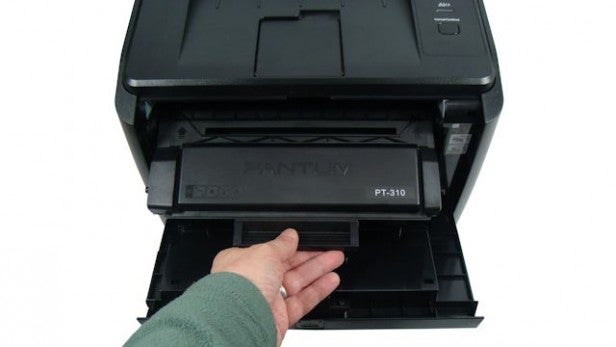 At first glance, you’d think the Pantum P3255DN would be an inexpensive option, compared with its rivals. The cheapest we could find it from a mainstream supplier was £125, though it’s just £90 on Amazon Marketplace.

However, there are 33ppm network lasers from Lexmark – the MS310dn – and from Samsung – the ProXpress M3320ND – coming in at around £85 and £100, respectively, both of which offer PostScript as well as PCL, full network printer management software and 1,200 x 1,200dpi resolution.

Pantum’s P3255DN is a good, small office mono laser printer with network connection and duplex print as standard. It prints fast and produces good text and graphic output. There’s plenty of competition in this sector of the market, though, and similarly priced rivals offer better feature sets.