None of Dell’s entry-level range of colour laser printers and multifunctions are lasers. They all use an LED engine produced by Xerox, which is both simpler and smaller than typical laser equivalents. Desktop printers like the 1350cnw, reviewed here, take full advantage of this compact print engine.

Fitting well into Dell’s ‘monolithic black’ couture, 1350cnw is similar to the 1250c though with an improved control panel. This has the same set of seven control buttons as the cheaper machine, but now incorporates a backlit LCD display, viewed through an angled lens set into the printer’s top surface. 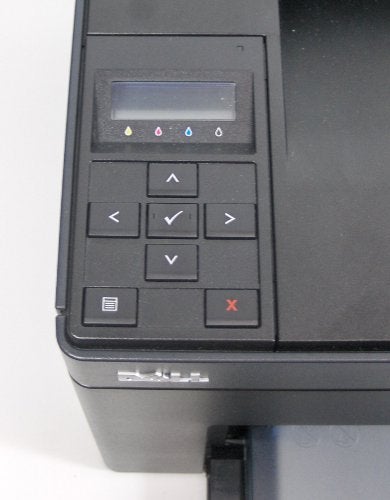 The output tray is deep cut into the printer’s top surface and there’s a flip-forward paper support, which you’ll need to use if you don’t want documents ending up on the desk. The main paper tray takes 150 sheets and is accessed by folding down a front hatch, which then becomes the bottom of the tray.

A neat little paper cover slides out from inside the machine, so you can leave it open and loaded between print runs, and the top surface of the cover acts as a 10-sheet multi-purpose tray. There are no optional paper trays to extend the paper-handling capacity of the machine.

At the back are sockets for USB and 10/100 Ethernet, but it also supports wireless connection and WPS setup, so it’s easy to establish a cable-free connection. 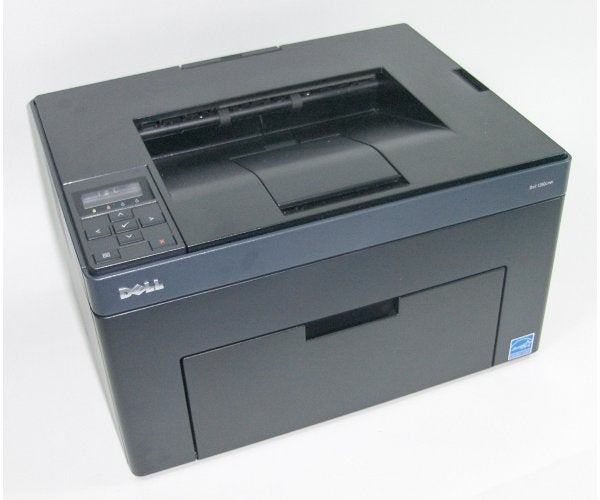 Installing and changing the toner cartridges is very simple. A hatch folds down from the right-hand side and each cartridge unclips at the press of the button. Software installation is equally straightforward, though the software provided runs to little more than a consumables monitor and a proprietary driver. Support is provided for Windows and OS X.

The print engine uses a strip of high-intensity LEDs to produce a page image on the printer’s photoconductor drum, rather than having a laser beam scan across it line by line, as the drum rotates. The LED system involves none of the scanning mirror mechanism involved in directing the laser beam, keeping the whole mechanism simple.

Dell rates this machine slightly faster than the 1250c, at 15ppm for a black page and 12ppm for colour. As usual, these claims are optimistic, though the speeds we measured are higher than the earlier printer.

There’s no draft mode as such, though toner-save does what it says, while taking as long to print. A 15 x 10 cm photo on an A4 sheet, printed at best quality, took 34s, but 25s of that was taken up by pre-processing, before the paper started to feed. 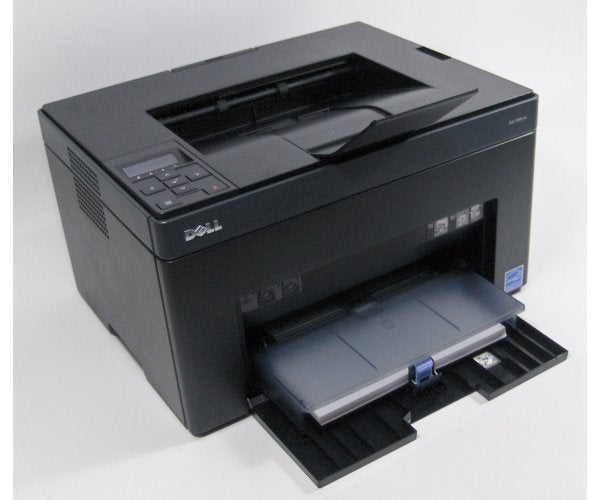 This is a quiet printer, peaking at under 60dBA and without any annoying sound peaks. It just sits in the background and generally goes unnoticed.

Print quality is very good for the class of printer. Black text is clean and fine enough to give clear glyphs at even small sizes. Toner save reduces the contrast of text, but it’s still very readable and suitable for internal documents.

Colour graphics are bright and dense, so colour fills are vibrant and don’t show any banding or dither patterns. This doesn’t mean that natural images, such as landscape photos, are over-colourful, though. That said, our test photo was better than some samples from more expensive lasers and, although dark detail was lost to black in places, the overall print was good for a laser-style printer.

All this is good, but tipping the scales the other way is the cost of running the machine. Although Dell has reduced the cost of its consumables, it’s only a marginal drop. Two cartridge capacities are available and even using the larger, more economical offerings, it still works out at 3.8p for a black page and 17.0p for a colour one, including 0.7p for paper in each case. 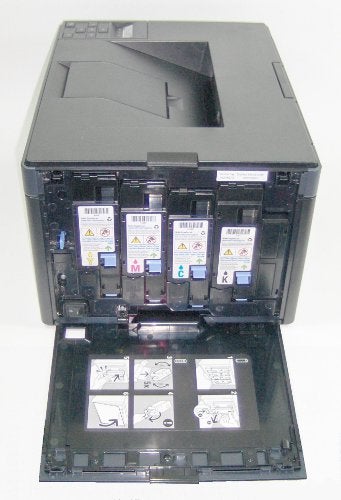 This is high. For comparison, the £172 Brother HL-3040CN costs 14.0p for a colour page, a full three pence per page cheaper than this Dell. However, the 1350cnw remains cheaper than the all-time dearest colour laser, Xerox’s phaser 6010 Phaser 6010, which uses the same engine and costs 21p per colour page.

Print quality: fine. Print speed: reasonable. Size: better than most. Serviceability: excellent. It was all going so well for the 1350cnw until it came to running costs. Do you really want to pay 17p for every colour page you print, particularly when business-level inkjet printers offer the same thing for under 10p?