There’s no shooting in Dear Esther. There’s no platforming or fast driving, no explosions or level-ups. There are no puzzles, either, at least not in the active sense – the only puzzle you have to solve is in deciphering the game’s well-written, ambiguous plot, and even then you’ll never really know if you’ve reached the bottom of it. The game wants to leave you pondering.

It balances the mix of mystery really well. Dear Esther’s world is a misty Hebridean island that you just walk across. Its pace is slow – like, really slow – but the palpable atmosphere, haunting musical score and wonderfully effective narration keep you pressing onward.

It’s basically one path through the game – up, down and across various parts of the island. You’ll do the odd bit of backtracking, but for the most part it’s a strictly linear adventure, one that manages to feel like a single cohesive place rather than a bunch of bits strung together. There are cliffside drops, country paths, stone structures and beautiful cave systems. There are abandoned houses, a lighthouse, a beached freighter ship, but you’ll never see another person in your journey through Dear Esther’s short one-hour run-time. 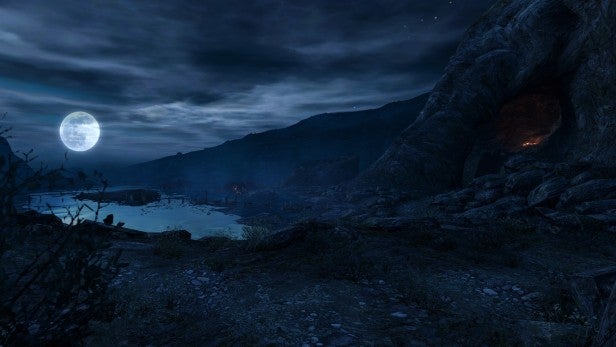 This only builds the sense of loneliness. This island itself is a kind of relic – the structures upon it exist as clues that you can begin to piece together in order to work out what’s happened there. A series of letters in the water, a map of Britain, near-illegible writing scrawled on the stone walls… It’s truly stunning, bordering on photorealistic in places, whether you’re looking out across the sea, or stumbling into your first moonlit cave with ceiling-to-floor stalagmites and stalactites that look almost exactly like the real thing. Dear Esther may not be a bombastic spectacle, but it’s unforgettably pretty.

As you reach certain landmarks in the game, the game’s narrator – an unspecified man whose voice has a wonderful timbre – reads out lengthy, florid lines of dialogue that only become more strained and stressed as you get ever closer to the end. It flits between poetry and melancholic monologues, and there’s always the sense that the game is crossing timelines, or that its characters existed across entirely different generations.

At times it strays a bit too far into the obscure, even becoming pretentious. Still, you’ll wonder who the narrator is – is he you? – and continually question who the few people he’s talking about actually are. For a game with so little player interaction to evoke so many questions in such a short amount of time is impressive. 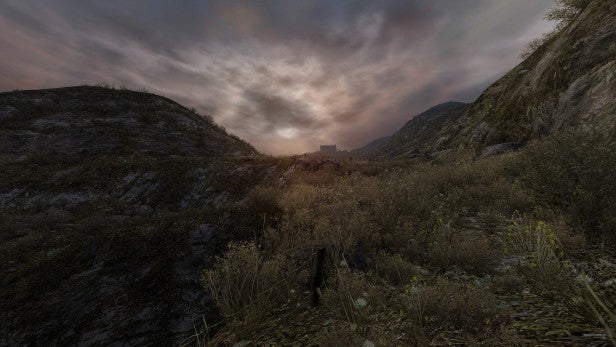 It keeps the entire experience compelling, despite never truly introducing you to any characters to latch onto. As the game builds to its unusual but striking ending, it becomes stranger and stranger. You’ll begin to question whether what’s happening is real, decide which parts of the narration are real and which bits are irrelevant, and try to decipher the symbols in the game’s beautiful cave structures. What are they telling you? Are they clues at all, or just strange cryptographs on a wild goose chase? The only thing that seems to remain constant is the blinking radio tower that’s almost always in view, off in the distance through the mist.

Now the game’s on PS4, it risks being slightly misunderstood by a mass audience. It’s always been an acquired taste, but it’s universally mesmerising. As one of the first of its kind – the genre of walking sims that swap fast action for patient thoughtfulness, acting as more of an experience than a traditional game – Dear Esther is worth the short amount of time it demands. It’s an interesting story that can only really exist as a game, and that is still something special.