Beautifully bloodthirsty. That’s what I came away thinking after having some lengthy hands-on time with Dead Island 2 at GamesCom 2014.

The latest instalment in the Dead Island series is being developed by Yager, a Berlin-based studio responsible for Spec Ops: The Line. Previous Dead Island games were created by Techland, who turned out games that looked great in the trailers, but were released riddled with glitches and offering disappointing gameplay.

Thanks to Yager’s input, Dead Island 2 looks to be a whole different beast. 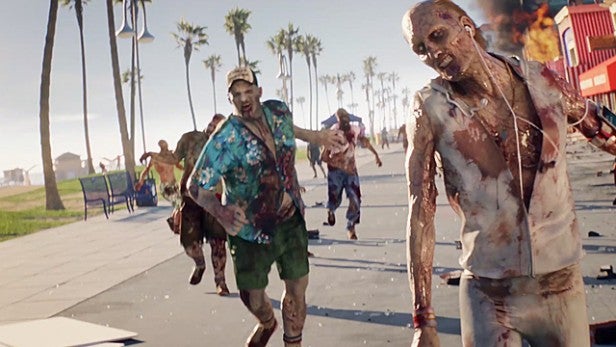 Set in California, the game is full of light, with palm trees wafting in the breeze as you take on a sea of zombies. The section we got to play was a small section of suburban Los Angeles, full of residential homes now occupied by a growing community of the undead.

In the full game, you’ll be able to play across San Francisco, Venice Beach, Hollywood, Santa Monica, Los Angeles Golf Course and the LA River. There’s also another area that Jager and publisher Deep Silver isn’t quite ready to talk about.

There’s been no mention of a comparative size of the Dead Island 2 map as yet. But Game Director, Bernd Diemer stated that it will take you around 10 in-game minutes to drive from Hollywood to Venice Beach, which sounds pretty massive to us.

He also added that Yager is aiming for such location realism with Dead Island 2 that a team of designers went to California to 3D scan the vegetation found in the US state. 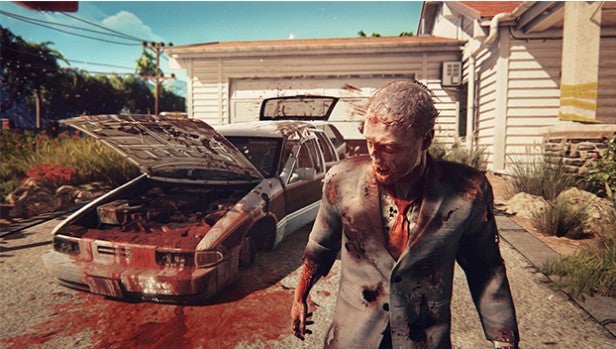 Even in the pre-alpha footage, it’s clear Yager’s attention to detail shouldn’t see Dead Island 2 launch with any of the series’ previous faux pas.

The zombies are much the same. Each class has its own distinct characteristics and attack style. In the preview we came across a variety of zombie enemies. There were the standard Walkers, which are pretty useless on their own but can be lethal in groups. The Runners are the more recently turned zombie horde and therefore still have most of their muscle matter left. They’re a bit faster and stronger than the Walkers.

Around key resource areas there’s also the Suiciders: horrid, bulbous, puss-filled zombies that explode on close contact. Finally, there were the big, muscular Thugs. These rugby player types will require a team takedown unless you get creative with your surroundings.

What we particularly liked about the Thugs is that you can see the impact marks of your melee attacks and shots across their chunky bodies, even at this early stage of development. 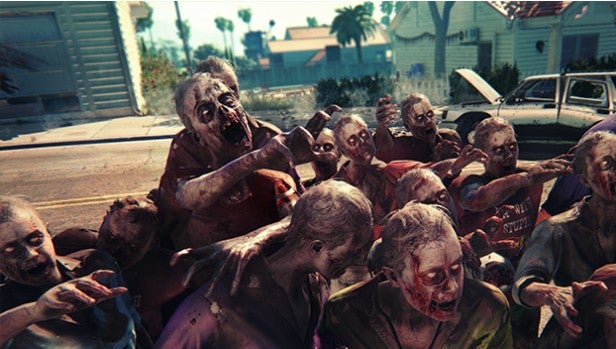 There isn’t the precise dismemberment system found in the original Dead Island in this iteration, but you will see a lot more zombies on screen at once. In fact, Yager claims there will be more than 50 at once at some points, thanks to the power of the Unreal 4 engine.

To take on these zombies, you’ll need to take control of one of the game’s four central characters. In our demo we only got to play with two, but both characters have quite different play styles.

Ryan is the berserker and although is a little slow on his feet, can pack quite a punch thanks to his sheer strength. Then there’s Dani, the speeder. She’s far more nimble and focused on out manoeuvring enemies rather than going for the jugular straight off.

The aim of the demo was to hack and slash your way through as many zombies as possible, but completing a few checkpoints along the way. 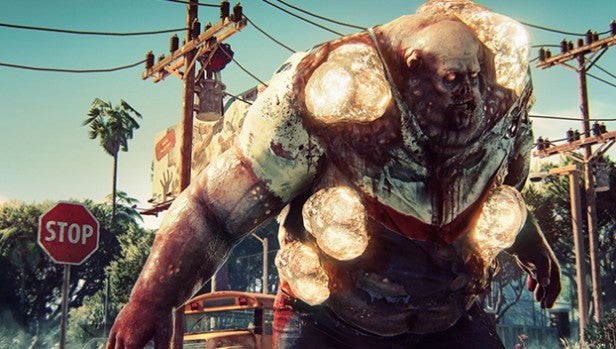 Two of these missions were involved with collecting resources to create two weapon mods. The first involved gathering up batteries to craft a Shock mod for your weapons. For Dani, she received an electric bolt adaption for her hunting knife, which she uses to jab at zombies. Ryan got electric bolts for his shotgun.

Next, we headed for the petrol station, which was being guarded by multiple Suiciders, making it tricky to collect fuel. Once you’d amassed a certain amount though, you could kit your weapon arsenal out with the Explosive mod. Ryan got a flame creating addition to his trusty hammer, while Dani added a small bunsen burner to the side of her pistol, letting her light zombies on fire with certain shots.

Finally, we reached the end of the fairly combat demo area and were tasked with protecting a group of people behind a gate from the approaching zombie hordes. This is just one example of the Events that will be featured in Dead Island 2.

These will tie in to the game’s seamless multiplayer, which Yager is playfully calling “mingle player”.  A bit like Destiny or Journey, the game can support up to eight players playing co-operatively at any one time and the game encourages you to team up with these strangers or friends to complete your quests. 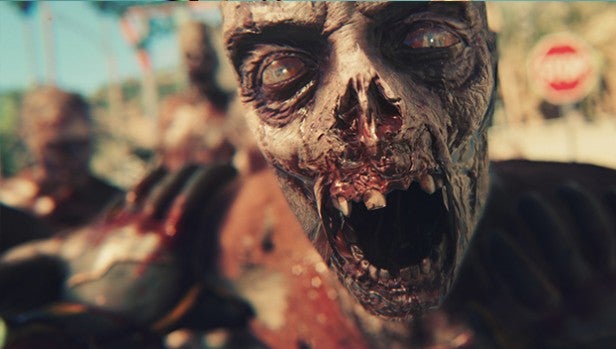 The combat is still reassuringly brutal, but seems a lot more refined than previous games. that’s down in part to the crafting mods, which will be a major part of the game, but also because of the new kick ability.

When you’re being overrun you can kick out at zombies to give yourself some reloading space, or just enough time to charge up a more powerful blow. For example, if you combine two melee attacks when playing as Ryan, he uses his hammer to punt the zombies into the air for a one hit kill with great comic effect.

Another useful tool is kicking a zombie in the legs, then while they’re downed, spin them round and knife them in the back. Dani’s particularly good at this and it comes in very handy during combat. 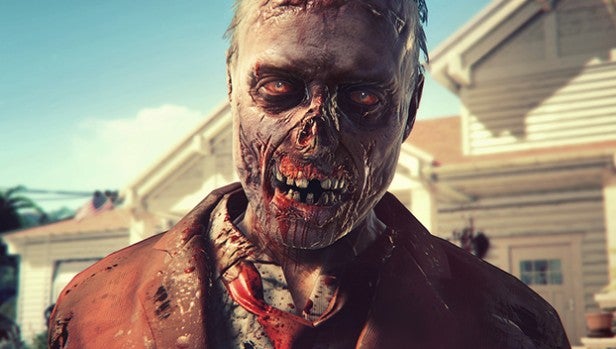 Also, a nice touch is the change in melee attack when coming at a zombie when running. instead of swinging back the weapon, both Ryan and Dani perform a kind of jabbing action to pierce zombies with the knife or give them a winding with the axe, letting you take that second, skyrocketing swing.

What’s refreshing about Dead Island 2 is that it’s not trying to be anything it’s not. It isn’t going to be the cinematic zombie game like The Last of Us: Remastered or the emotion-laden Specs Ops: The Line. Dead Island 2 is zombie whack-a-mole with plenty of blood, gore and guts

There’s still glimpses of storyline though, with a touch of tongue in cheek gallows humour creeping in now and then. It will be interesting to see how this develops when the game launches in Spring 2015. Especially as Yager is citing Zombieland as its main influence for Dead Island 2.

First Impressions
Dead island 2 has the potential to be the defining Dead island title. it’s fun, absolutely stunning and has all the blood and gore zombie killers could want. If Yager can find the perfect blend of enjoyable gameplay and a decent story to back it up, Dead Island 2 could be just the next-gem multilation we’ve been waiting for.