Spec-Ops: The Line is not your ordinary military shooter. Sure, it plays like the bastard child of Call of Duty and Gears of War, but the style and story could not be any more different. It’s not as if the genre hasn’t flirted with darker subject matter – Call of Duty: Black Ops was a fairly twisted conspiracy myth, while Homefront had its concentration camps and mass burials. However, there was always something cartoony about the morality of those games, with their cackling villains and crazy premises – it wasn’t something you could relate in any way to the real world. 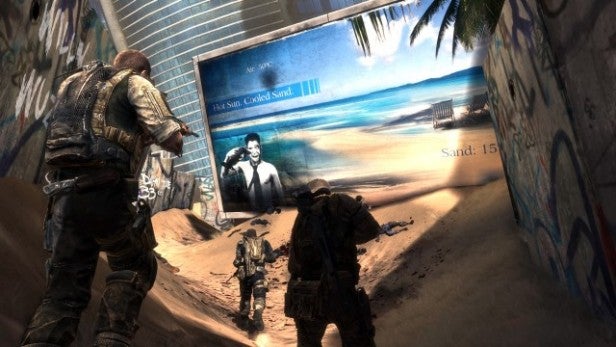 It’s not that Spec Ops: The Line is in any way a realistic depiction of the horrors of war, but it has an edge to it and a desire to look behind the normal Call of Duty stuff. It’s a game that wants you to think about what your enemies are doing and what you are doing, and maybe feel a little bad about it all.

Dubai Destroyed
It also helps that it has a more imaginative premise and a more spectacular setting than your average action game. The Line is the tale of three US Delta Force operatives, sent to find an army regiment lost during the evacuation of a Dubai hit by an apocalyptic sandstorm. The setting is surreal, with vast dunes piled against the side of epic skyscrapers, and the most ostentatious signs of wealth and luxury buried by the invading dust. In terms of gameplay the effects are limited, with the occasional sandstorm forcing you to run for cover, or clearly marked points where you can blast out a window to bury a group of hostiles in several tonnes of sand. It does, however, give the game a coherence and a style that sets it apart from your straight Call of Duty clones. 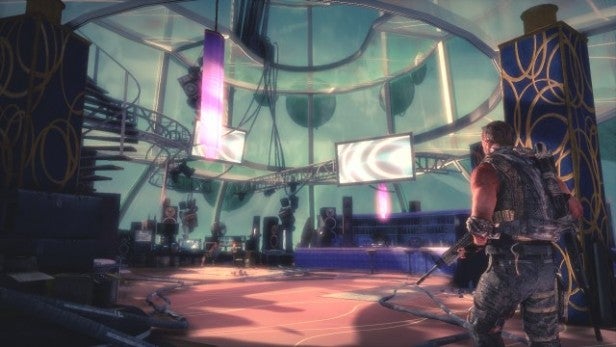 Spec Ops in Action
But then The Line doesn’t play like a straight Call of Duty clone. For a start, it’s played from a third-person viewpoint, and cover is a major issue. On the normal difficulty level you can be killed by only a few shots, and while the standard wait until your health recharges approach still works, smart or heavily armed enemies make aggressive play a risky business. As with Ghost Recon: Future Soldier or Gears of War, its two closest points of comparison, you need to be fully aware of your surroundings, of where you can find cover and where you’ll be vulnerable to incoming fire. What’s more, ammo is in painfully short supply, so there’s not a lot of room for just hunkering down until all your enemies are killed off, either.

To help balance your odds against overwhelming numbers of foes you have your two comrades-in-arms, and the game has a simple system of left and right-bumper clicks and holds to get them to target specific foes, throw grenades to stun the hostiles, or heal each other should one go down. Allied AI is, for the most part, really good. Your guys can hold their own in the firefight, but there’s none of the Modern Warfare 3 experience where you sometimes feel you’re just mopping up after the real heroes have done their job. 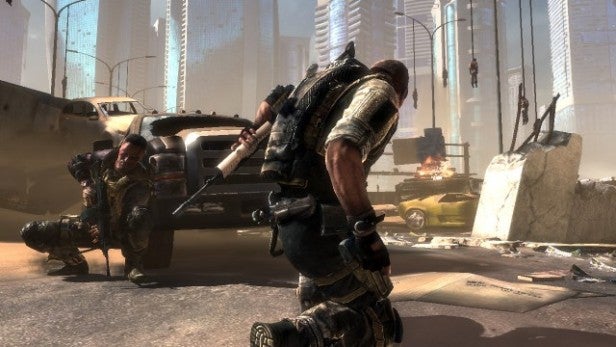 Now, we should say that Spec Ops: The Line has its share of gameplay issues. Sometimes the cover system doesn’t quite click, leaving you vulnerable when you don’t expect to be. Sometimes your mates go down in an open area, forcing you to make a suicide mission to bring them back to life. At times the game throws out silly numbers of enemy troops in wave after wave of protracted battle, forcing you to grin and bear it and just hope and pray that you hit the next checkpoint. The pacing isn’t as slick as a Call of Duty’s, sometimes losing momentum midway through a level.

The Unreal Engine-powered visuals in Spec Ops: The Line also veer between excellent and patchy, with some dazzling desert and interior scenery, but also some unconvincing character models and not enough variety to the enemy troops. Signs of a smaller budget occasionally peak through. It’s a perfectly good-looking game, but not quite equipped to go toe-to-toe with Ghost Recon: Future Soldier, let alone Battlefield 3. 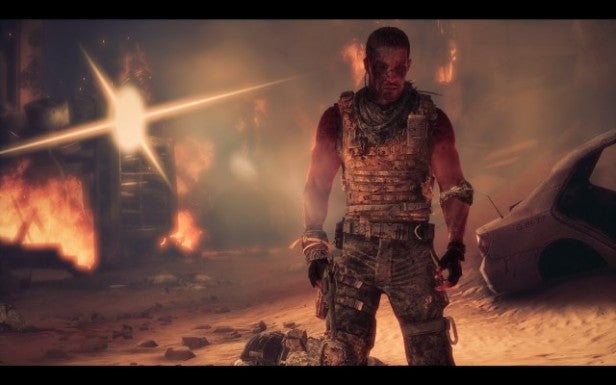 Yet the fact is that both the gameplay and the graphics are more than good enough to keep you busy while you enjoy one of the most atmospheric and engaging tales we’ve seen in a military shooter. The plot has its ridiculous moments, and you have to have some doubts about a game that revels in neck-breaking kerb-stomp manoeuvres while decrying the brutality of man to man, but once it gets going you just have to know what’s going on. Who is the real enemy? What has happened to the Damned 33rd? Who is the mysterious Radioman, and what is his relationship to the missing colonel who once saved your life?

The Line keeps dragging you along. Even though you can see the links to Apocalypse Now and Heart of Darkness, you can’t stop wanting to know more, and there are some truly shocking moments that make you think seriously about what you’re doing, and the kinds of activity replicated in these games. Think ‘No Russian’ but with a modicum of moral sense and taste.

Crossing The Line
Spec Ops: The Line just works on an emotional level. Where Homefront’s death camps were so overblown as to be both bad taste and almost laughable, The Line’s rows of corpses and macabre horrors have their obvious real-life inspirations, and frequently hit home. The dialogue and voice acting, with Nolan ‘Nathan Drake’ North in the lead role, might not win any oscars but it’s a big step up from the Clancy-esque nonsense of Modern Warfare 3 or the wannabe military jargon of Medal of Honor. The use of music, in particular, deserves applause. While The Line has its share of big symphonic themes, it’s at its most effective re-purposing loud rock blasted through distorting speakers as an unsettling, in-game soundtrack to the slaughter. We’ve all seen it done in movies, but that doesn’t make it any the less effective here.

The single player campaign is a little on the short side, but it runs high on the killer-to-filler ratio, and Spec Ops: The Line also crams in the expected multiplayer options. To be honest, we expected a rudimentary effort aimed at filling checkboxes rather than winning hearts and minds, but the game does have a few nice twists. While there’s nothing new about the Deathmatch and Team Deathmatch modes, the maps cleverly make use of the vicious sand-traps of the single-player campaign, and nothing feels better than blasting out a window and putting the jerk who just shot you under a colossal quantity of sand. Just be warned: it doesn’t take many hits to kill you and movement feels a little slow, so if you’re a headshot magnet in the likes of Call of Duty, you’re probably not going to find this one much fun. 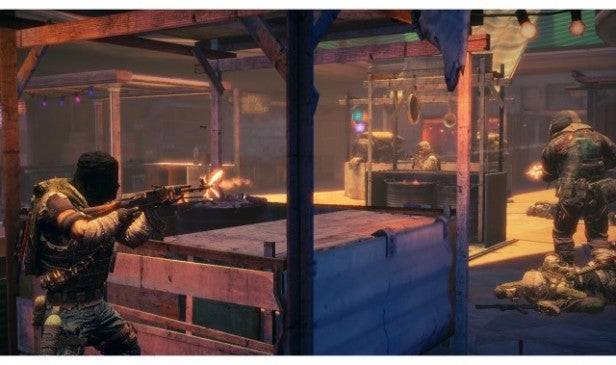 Spec Ops: The Line is a good game, and occasionally an excellent one. It has crept out with a fraction of the budget and fanfare of such CoD wannabes as Medal of Honor, Homefront or Battlefront 3, and who knows what we might have seen with some more development time to smooth off the rough edges and make sure the gameplay works as well as the narrative. The development team, a Berlin-based outfit called Yager, hasn’t been on our radar up until now, and producing a game of this calibre in such an over-exploited genre is a real achievement. Kudos to them.

Verdict
Spec Ops: The Line has its share of gameplay issues. The graphics aren’t consistently up to AAA standard and it can be a frustrating experience at times. Yet this is one of the smartest and most compelling games we’ve seen in the over-crowded military shooter genre, with a dark narrative that gets and keeps you hooked.