The visual upgrades are more modest than you might expect, but the extra definition and detail and the enhanced effects make The Last of Us even more stunning and richly cinematic, while the steady frame rate improves the gameplay. There’s probably not enough of a difference to justify buying the same game twice, but if you have a PS4 and haven’t played The Last of Us, then you can consider this edition a must-buy.

Rebuilt in glorious full HD 1080p for PS4, The Last of Us: Remastered proves – as if proof were needed – that The Last of Us is one of the defining games of the last few years. Maybe you chose to ignore it or maybe you never had a PS3, but in the event that you have never played your way through Naughty Dog’s beautiful, brutal masterpiece then it’s time to change that sorry situation. The Last of Us (TLOU): Remastered might be a fairly gentle update as far as these remasters go, but it’s still the definitive way to play the game.

Definitive is a good way to describe it, not least because the nearest point of comparison on PS3 is this year’s Tomb Raider: Definitive Edition. Just as that game upped the resolution and the frame rate of a PS3/ Xbox 360 title but left the game underneath virtually unchanged, so TLOU: Remastered does the same basic trick. The game now runs at 1080p at a choice of either a locked 30fps with enhanced shadows or an unlocked but only slightly more variable 60fps.

Some of the lighting effects have been changed, the texture filtering is a little more subtle, additional shadows have been added and high-res textures have been dropped in place – though not across the board. This makes many of the game’s locations more detailed, and impacts the way the central characters look up-close, but this is essentially TLOU as you remember it, but crisper, cleaner looking and – in its less gloomy moments – even more radiant. 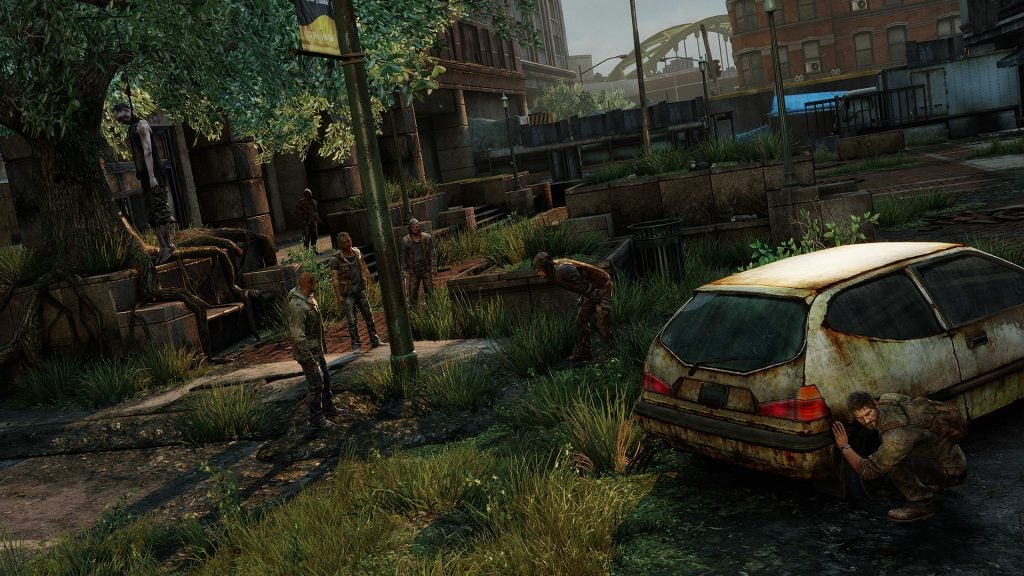 It’s possible that you might find the results ever so slightly disappointing, at least at first. The Last of Us was already one of the best-looking games running on last-generation hardware, and was designed to push the PS3 about as far as it could go. Compared to Tomb Raider: Definitive Edition, where the original wasn’t so intensive or dialled in to specific hardware, and where there were existing higher-resolution assets and processor-intensive hair systems to work with, there’s simply less scope to produce a great leap forward.

To be honest some of the lighting and texturing seems oddly flat in comparison to some next-generation titles, and throughout the game you’ll find yourself immersed in the game world and in Joel and Ellie’s story, only to get jarred by how weird some of the vegetation looks up close.

It doesn’t matter. The Last of Us still looks amazing, and for much of the time holds up incredibly well against native PS4 titles like Killzone: Shadowfall or inFamous: Second Son. The combination of a consistently gritty, grimy look, the superb motion capture and the sheer work Naughty Dog’s artists have put into every abandoned small-town street or lusciously overgrown urban space pays off. Scenes and particle or water effects that already looked good at 720p look incredible at 1080p. The image quality might not always be flawless, but in play it’s utterly believable.

What’s more, it still plays just as well. Some people have their concerns about the combat or the peculiarities of the AI, where Tess or Ellie pitter-patter around the fiendish, sound-sensitive mutant Clickers while a couple of quick steps from you can bring down a horde. But for us the mix of tense cat-and-mouse stalking, intense third-person combat, puzzle-solving and exploration just works. 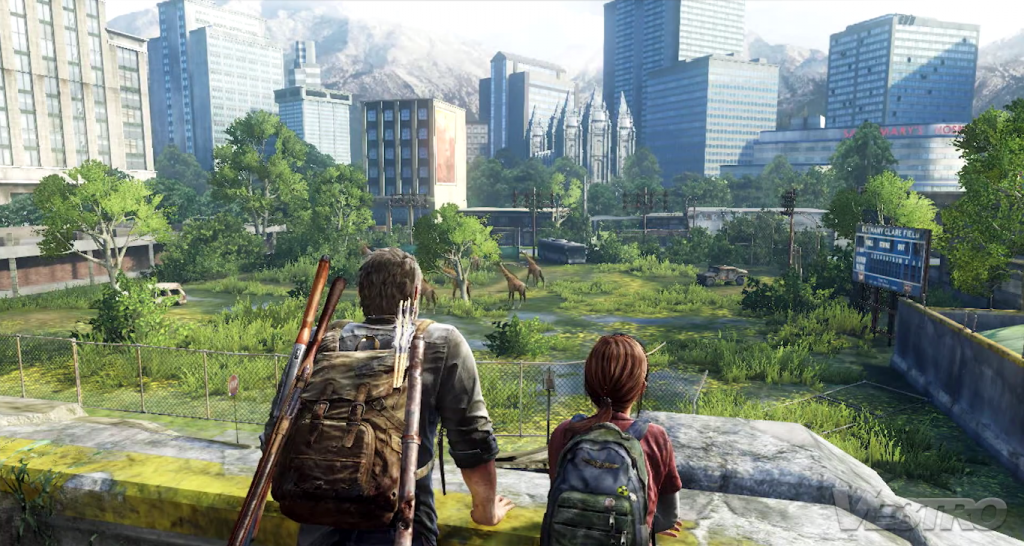 It turns out that the real benefit of playing the Remastered version isn’t the full HD resolution or the additional effects, but the fact that the frame-rate never dips. Whatever you’re doing, and no matter how many infected or nutty, man-munching bandits are on the screen, the action never noticeably slows down. Though the differences in the shadow effects are fairly subtle, we preferred the 30fps version. It somehow feels a little better, and it’s not as if TLOU is a twitch-shooting kind of game.

In fact, it’s the opposite. This really isn’t a game of all-out blasting, elegant headshots and expertly crafted assassinations. It’s grim. It’s messy. It’s about the things a human being might have to do to survive – or ensure the survival of those they love. Everything in The Last of Us, from the slightly slow, slightly awkward targeting to the brutal, unpredictable brawling backs this up.

Where in Tomb Raider there’s a disconnect between Lara’s desperate struggle to escape the island and her aptitude for gunning down goons by the dozen, here everything is of a piece. Every fight is a battle, ever encounter with the infected a grit-your-teeth challenge. It’s heart-stoppingly good.

The same goes double for the storyline. The first time around it’s thrilling, gut-wrenching and by turns harsh, warm, tragic, uplifting and devastating. The second time around some of the surprise has gone, but what hits you are the subtle things; the way Joel looks at his watch and Tess tells him to focus in the early scenes; the way the relationship between Joel and Ellie develops.

It’s not just the dialogue, but the way expressions soften or harden or characters physically interact; all areas where Naughty Dog seem light years ahead of their peers. Here what’s unsaid is as important as what’s said, and when you combine it with one of the best scores of any game and the team’s masterful grip of pacing, mood and atmosphere, you have a game that’s as emotionally rich as the fiction that inspired it. 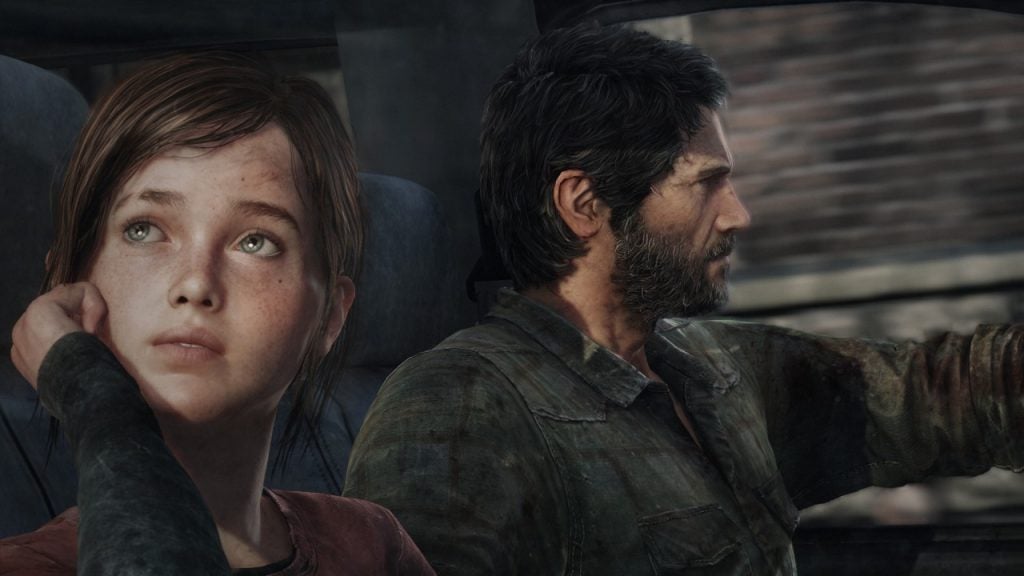 Of course, TLOU: Remastered not only covers the main game but the Left Behind DLC as well. This pint-sized distillation of everything that makes TLOU great really adds to the whole experience, really filling out how you see Ellie. We’d still advise you to play TLOU first, though, if you haven’t, if only to avoid a few spoilers.

When TLOU launched we didn’t have much time to play its Factions multiplayer mode, but rather than the usual needless, nailed-on deathmatch and team deathmatch modes we get a slower-paced, high-tension experience that carries on the feel of the single-player game.

Matches are framed by the idea that you’re the member of a group of survivors, and that each match is about gathering supplies to keep your group healthy. More survivors and healthy survivors mean perks, but you can also have your group populated by your Facebook contacts, giving you an interesting – if purely cosmetic – reason to keep them all alive.

The actual team-based action is very different from your usual run-and-gun affair. There’s a much larger emphasis on stealth and situational awareness, and while there is room for the lone-wolf assassin, armed with the bow or sniper rifle, you often stronger working together with other members of your team, trying to isolate enemies or keep them busy while a teammate gets a better angle. With Factions, Naughty Dog has done something unusual – made a multiplayer mode that has its own very distinctive appeal. 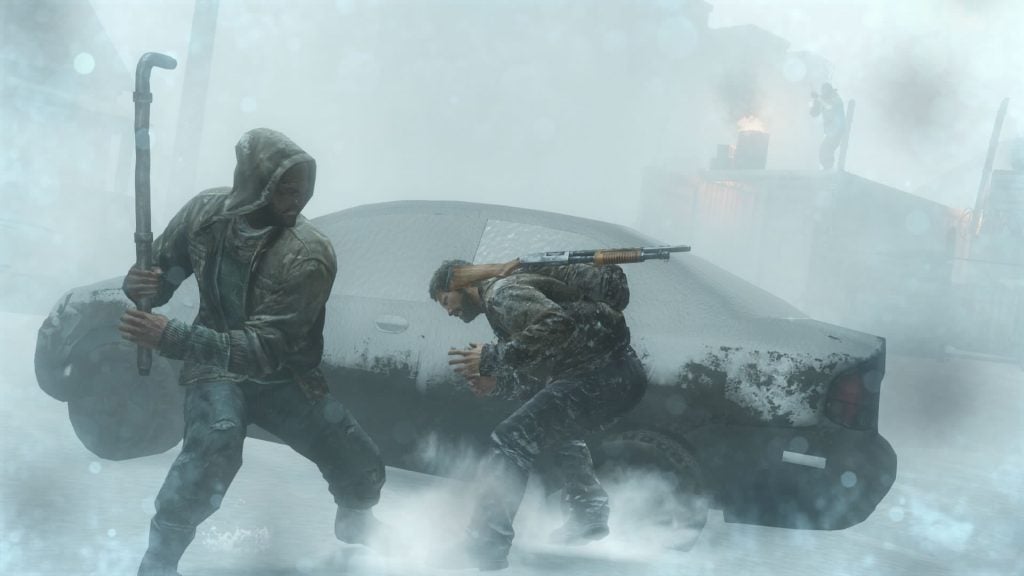 This is exactly what we want from a Remastered edition. It doesn’t transform the game or throw in a mass of gimmicky bonus features that exploit the new console or its controller (there’s some use of the DualShock 4’s speaker, but it’s pretty subtle). We get an interesting photo mode where you can pause the game, adjust the angles and the lighting then take a shot, but by default it’s turned off and we found using it breaks the sense of immersion – like pausing a movie then stepping back to see the cameras, crew and lighting rigs.

It’s fun if you want it, but an experience this good doesn’t really need the extras. TLOU: Remastered is the best available version of one of the finest games ever made.

The visual upgrades are more modest than you might expect, but the extra definition and detail and the enhanced effects make The Last of Us even more stunning and richly cinematic, while the steady frame rate improves the gameplay. There’s probably not enough of a difference to justify buying the same game twice, but if you have a PS4 and haven’t played The Last of Us, then you can consider this edition a must-buy.