The DIR-890L is D-Link’s flagship consumer router. It uses six external aerials to achieve up to AC3200 speeds – 2 x 1,300Mbps + 600Mbps simultaneously – across its three Wi-Fi bands. It’s a monster of a machine in terms of specs and has a price tag to match, coming in at around £220.

Router design has really taken off in the past few years. As with so many other aspects of computing, manufacturers have realised that there’s money to be made from products that can deliver both superb looks and performance. And in many ways the DIR-890L is the culmination of that trend.

Finished in a bright, glossy red and with a striking angular shape, it looks like an alien spacecraft. Once installed it will seldom be seen, but nonetheless, I must admit to quite liking the outlandish design. 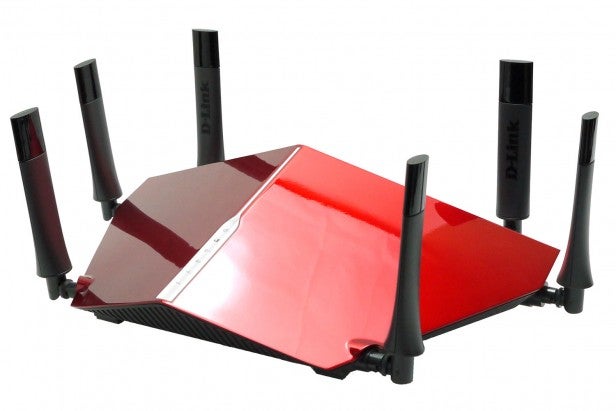 However, one potential downside of its design is its sheer size: the DIR-890L’s footprint is a huge 38cm x 23cm. Those aerials also mean it stands at 10.9cm tall. Mounting it vertically isn’t an option, unless you attach it to a wall; the screw holes for doing so are on its base. The power brick is just that – a hefty brick.

Those generous proportions should allow for plenty of airflow though, to keep the internal hardware cool. Plus, it provides ample space to fit in all the connectivity options.

Round the rear of the device are four gigabit Ethernet ports for connecting your PCs or other networking hardware. Alongside is a fifth Ethernet socket that attaches to your modem. There are also USB 2.0 and USB 3.0 ports for sharing storage devices or printers.

Although this isn’t a bad selection of connections, it’s nothing special. The same selection of extras is available from the Linksys EA6900 for nearly £100 less; if you’re willing to drop to one USB port, this feature set can be had for even less.

Instead, the D-Link DIR-890L is all about its Wi-Fi performance. Those six aerials allow for simultaneous supply of one 2.4GHz band at up to 600Mbps, and two 5GHz bands at up to 1,300Mbps.

That technically means it isn’t as fast for any one connection as the Netgear Nighthawk X4, which can hit 1,900Mbps on one 5GHz band, but it should be able to maintain its high delivery speeds to more devices at once.

To get the most from the DIR-890L, at least one of your devices should have the capability to receive/send at the highest-rated speed. Otherwise, you’ll only ever achieve the maximum speed of your client devices – not the router.

Indeed, this remains the major consideration and stumbling block for such high-end routers, since so few client devices support these high speeds. There are PC expansion cards that are up to the task but most laptops, mobile phones and tablets won’t be. Still, this is an issue that concerns all such routers, so isn’t something to necessarily hold against the DIR-890L.

Alternatively, you could consider investing in two of these routers, linking them together over Wi-Fi to provide a super-fast wireless connection between them. This would be ideal for linking two difficult-to-reach locations. 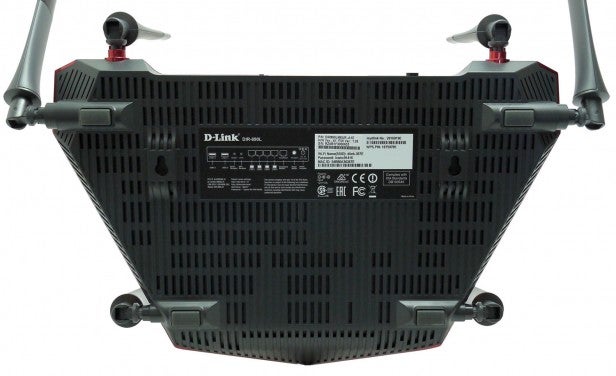 Physical setup of the DIR-890L is simple, since the aerials are already fitted. Simply connect the unit to your modem and fire it up.

Once booted, you can log into the machine from a device connected to an Ethernet socket or via the default Wi-Fi signal. Next, simply type http://dlinkrouter.local into your browser to automatically find the router’s login page. 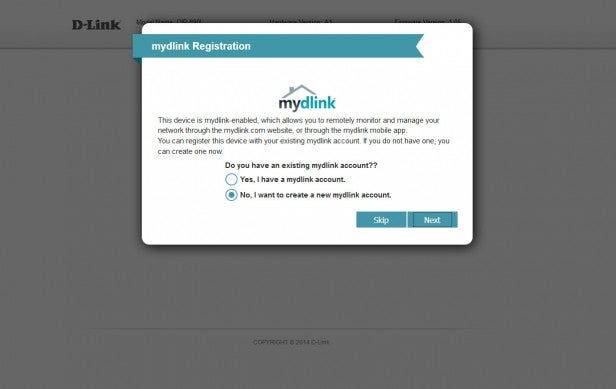 The OSD is simple to navigate, offering a clear setup process that gets the basics done quickly and easily. Beneath the surface you’ll also discover a reasonable number of power-user options, making it suitable for many types of user.

D-Link’s mydlink service is also very good, providing an easy way to access your network remotely via PC or mobile apps. There are IP cameras, remote-control plug sockets and motion sensors that all hook into the same service.

However, those who like to customise their routers will find that manual setup features are lacking. For instance, QoS is limited to a basic priority list, with one device at the top and no support for the type of internet traffic. You can’t reserve an IP address without the device already being attached. Plus, port forwarding is limited to 15 rules. 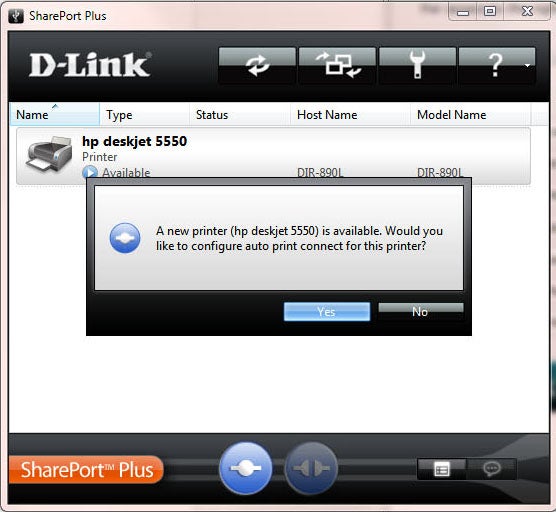 What’s more, I had major issues trying to share a printer connected to one of the USB ports. Neither the provided paper instructions, the downloaded manual nor the OSD offered clear directions other than a reference to downloading the SharePort mobile app – which is no good for PCs or Macs.

It was only following plenty of Googling and hunting around the D-Link website that I was able to locate the correct software to get this working.

Once downloaded, the software is relatively simple to use. However, it looks dated and results in Windows popping up a security message about failing to recognise the publisher of the software. Overall, we expect better from a big brand such as D-Link.