Last month we reviewed the D-Link DIR-657, a router filled with proprietary tricks to get around the ever more limiting factors of 802.11n WiFi. It didn’t work and felt like the final proof that you can’t teach an old standard new tricks. Turns out we gave up a few weeks too soon…

With the ‘DIR-645’ D-Link is back for more and this time it comes wielding yet another new technology, ‘SmartBeam’. Whereas most proprietary router technology focuses on prioritising important traffic over a network, SmartBeam is different. It uses no less than six multidirectional antennas which don’t throw out wireless signal as a scattergun approach, but instead track and lock onto connected devices focusing beams in their direction. Think Top Gun minus the testosterone… and planes… and missiles. 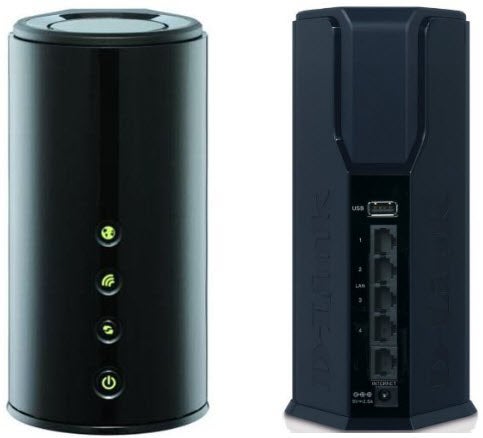 D-Link claims SmartBeam is a genuine breakthrough in addressing the range and (by association) speed problems of 802.11n, boasting “strong and stable Internet connection in every corner of your house”. The company must be confident too since it hasn’t included any of its previous bandwidth optimising technologies, including ‘HD Fuel‘ seen in the DIR-657. D-Link has also gone against the grain by opting not to make the DIR-645 dual band. Consequently the shorter range, higher performance 5GHz band is excluded in order to focus all six antennas on maximising the travel of 2.4GHz.

This isn’t the only risk D-Link has taken. The DIR-645 also looks like no conventional router and its piano black cylindrical design is akin to a Pringles tube designed by Dark Vader. That said this is a compliment. D-Link is unclear on whether the cylindrical shape has any bearing on wireless performance, but it looks striking and the circular base has greater stability than traditional sideways balanced rectangular routers which require a separate clip on base just to stay upright. Style and practicality one, legacy nil.

There is nothing legacy about the rest of the router either. Four gigabit Ethernet ports, plus one for Internet are located on the back along with a Shareport compatible USB port allowing any USB device (such as a printer or external HDD) to be accessed across the network. On the front clear icons, starting from the top, indicate an Internet connection and wireless status with a power button on the bottom. Second from the bottom is a one touch secure connection setup button, an area the DIR-645 has well covered with WEP 64/128-bit, WPA/WPA2 and WPS included. In addition the router is DLNA-certified and IPv6 ready – the new protocol which makes room for a further 340 undecillion Internet addresses.

On paper the DIR-645 looks strong, but then again so did the DIR-657. The difference is with SmartBeam aboard the DIR-645 remains strong in practice… 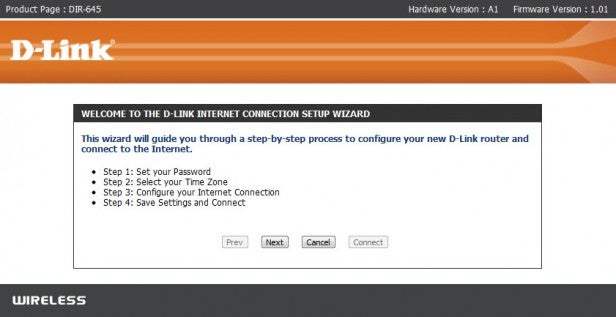 Once you do start browsing it quickly becomes clear that, unlike so many recent router technologies, SmartBeam is the real deal.  In direct comparison to the aforementioned DIR-657 there is… well, no comparison. At two metres the DIR-657 manages 49Mbit (6.13MB per second) – a respectable speed, but the SmartBeam equipped DIR-645 maintained a steady 82.4Mbit (10.3MB per second) genuinely delivering powerful performance from its  ‘N 300’ (300Mbit theoretical maximum) specification. This gap only grew with distance. At five metres the DIR-657 drops to just 19Mbit (2.38MB per second) while the DIR-645 is virtually unchanged at 82.3Mbit (again approximately 10.3MB per second). 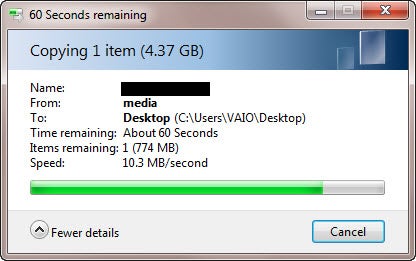 Looking for a real world scenario, at 10 metres with a solid wall and closed door in-between the DIR-657 fell to a mere 3Mbit (0.38MB per second) low enough to genuinely hamper basic tasks such as web surfing. Under the same conditions the DIR-645 consistently transferred data at 44.88Mbit (5.61MB per second) enough to still max out a 50Mbit cable connection and stream 1080p video. Furthermore positioning the computer in a notorious black spot in our test area 13 metres away from the router with three solid walls, two of which are tiled, and a wood closet in-between the DIR-657 lost signal completely while the DIR-645 managed 20.56Mbit (2.57MB per second) faster than the vast majority of home broadband connections and still enough to stream 720p online video.

The reason for a strict comparison between these two routers is they have launched from the same company at almost the same time with SmartBeam the primary difference between them (the DIR-657 uses D-Link’s traffic prioritisation technology, HD Fuel). As such it offers a powerful way to isolate changes. That said it isn’t only against single band routers that SmartBeam excels. The dual band D-Link  DIR-825 uses both 2.4GHz and 5GHz channels yet it was unable to match SmartBeam using 5GHz at two metres (69Mbit) while at distance 5GHz dropped away completely and 2.4GHz performed little better than the DIR-657. Meanwhile the company’s once flagship £170 quadband DIR-855 tops out at 64Mbps, even at close range. 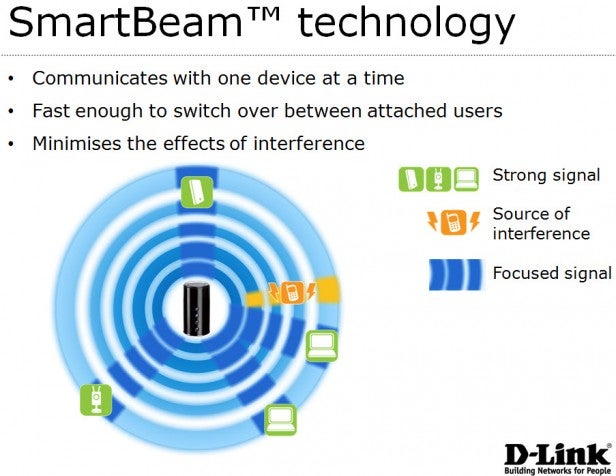 All of which suggests D-Link is onto a winner with SmartBeam in general and the DIR-645 in particular. This is largely true except for a notable caveat: as it stands the technology relies upon its six antennas over a single band and dual band can be vital for households and offices where network bandwidth is often shared between multiple users streaming to different devices. Dual band 2.4GHz and 5GHz channels each have their own bandwidth and individual SSID while with a single band router like the DIR-645 all bandwidth is shared across the one connection potentially causing bandwidth clashes. That said D-Link is working on a dual band Smartbeam router for 2012 (will it have 12 antennas?!) so some may wish to wait.

Despite this it is hard to argue with the DIR-645 considering its price. D-Link sets a reasonable RRP of £79.99, but it can already be found for just £69 online and when coupled with a two year warranty that makes this breakthrough router a real bargain. 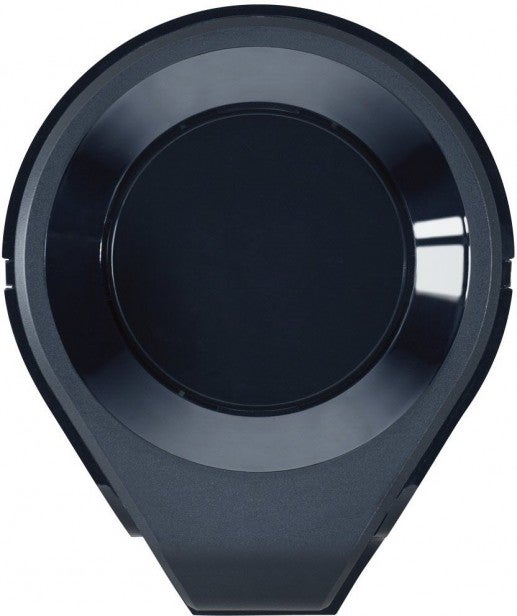 ”’Verdict”’
Having lost faith in the innumerable gimmicks designed to bolster the ageing 802.11n wireless standard we were amazed to find D-Link has cracked it with SmartBeam. The DIR-645 is the company’s first router to incorporate this smart device tracking technology and it provides significant increases to real world performance and range to alleviate the long wait for 802.11’s next standard. The DIR-645 is far from a one trick pony, however, it also sports a stylish and practical design and it is a snap to setup out of the box. Some may wish to wait for a dual band version, but with the DIR0645’s bargain price tag thrown in, we’re sold.