Cloud Computing has long been touted as the service to revolutionise the way we use our devices. The likes of DropBox, iCloud, OnLive, Spotify, Google Docs and many more have set the process in motion, but few thought its next place of attack would be our home routers. This is exactly what Cisco has planned however and it has become the first in a wave of networking companies to launch a range of Cloud-based routers.

Features
The ‘Linksys EA4500’ is the flagship in this line-up and on paper a great deal is familiar. It is a dual band 802.11b/g/n router with a 3×3 antenna array to boost range and performance (theoretically 450Mbit per band), packs in four Gigbabit ports and one USB port and is compatible with IPv6 which means it will work with the 340 undecillion new device addresses the standard will support. It also has DNLA to allow DLNA certified devices like TVs, media players and games consoles to wirelessly stream media . So far so very normal.

Design
Take a closer look and the design of the EA4500 isn’t particularly different either as it is virtually identical to its predecessor, the E4200. As such there is the same slim, rounded rectangular shape with smart matt black finish and metallic band around the outside. Build quality remains good too, but the moulded plastic feet really should be rubber. In sum it isn’t until you switch on the EA4500 that you start to notice it is wholly different to anything we have seen before.

Setup
In a somewhat nanny state manner Cisco insists the initial EA4500 setup is only via the supplied CD (potentially a problem to the legion of netbook/Ultrabook owners who have long ditched CD drives), but the end result is well worth it. The simple process not only connects you to the router, but also automatically updates the firmware and lets you choose the router’s SSID, WiFi and network passwords. It even creates a text file on your desktop with this information once it is finished. We found the process seamless and we were up and running in minutes.

From here things become interesting as you are directed to the ‘Cisco Cloud Connect’ (CCC) website and asked to create a user profile, rather than the usual next step of manually typing in the router’s IP address. With your profile created you can now log into the router from the www.ciscoconnectcloud.com website and monitor and control it wherever you have an Internet connection. Yes, the admin is in the Cloud. This gives you far greater control as you can now remotely add or remove devices from your network, adjust privacy and parental settings, setup guest access, determine media prioritisation and much more without being home. Why would you do this? With CCC the fundamental ease of use means: why wouldn’t you do this?

Cloud Control
While similar systems are expected from Cisco rivals in the near future, it is no exaggeration to say CCC is a revelation. Routers have a well deserved reputation as intimidating devices you setup once and hope to never touch again, but CCC overhauls their complex, aged interfaces with a slick, graphically driven UI that even the most technophobic user will understand. In practice this means a simple list of functionality down one side: ‘Device List’, ‘Guest Access’, ‘Parental Controls’, ‘Media Prioritization’, ‘Speed Test’ and ‘USB Storage’, router settings below that and, to the right, simple widgets. 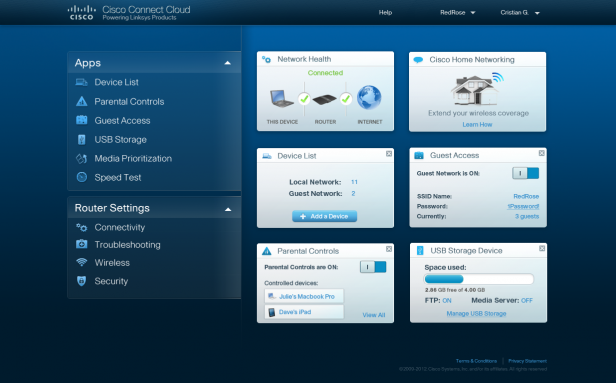 These widgets show at a glance information which becomes more detailed when clicked, but never does it break from its raison d’être: be simple. A good example is Media Prioritisation – a complex task on most routers – here it involves two sections: High Priority and Normal Priority. Connected devices are shown in Normal Priority (with editable names and representative icons) and you just drag them to the setting you want. Applications and games can also be added via the dropdown menu while techies are not left behind since custom settings, port ranges and protocols can be specified.

Similarly Guest Access (Internet without access to other computers or devices on the network) is connected to via a separate wireless SSID and password. Should you want you can alter each with a single click as well as specifying the total number of guests you will allow. CCC removes the fear factor associated with router settings allowing you to do more.

Remote Access
Extending this further are CCC mobile apps (currently for Android and iOS) which beautifully mimic its UI for smaller screens and, interestingly, third party applications. These are made via an official API released to developers and a particularly impressive early example is Block the Bad Stuff. This simple app lets you remote switch between three filter levels for your network while another Netproofer let you apply blocks for specific websites. In future you will be able to monitor the surfing of each connected device and even remotely kick off devices which shouldn’t be connected. The parental potential here is huge: block Facebook after 10pm or before homework is finished, disconnect the Xbox, turn down the filter after children have gone to bed… to name just a few.

Other apps include HipPlay (yet to be released in the UK), a media aggregator which combines DropBox, Facebook & home media content for remote viewing and Gemini IP Camera Viewer which enables  remote viewing of compatible IP cameras.  What the long term take up will be is currently unknown, but the potential for apps for connected devices (turn the oven on/lights down/open the garage door) is virtually limitless.

Again we stress other router manufacturers are heading down a similar route, but CCC is an extremely impressive debut. Will techies feel it is all somewhat dumbed down? Possibly (notably only three devices can currently be set as High Priority for Media Prioritisation) and the roll out of the service hasn’t been entirely smooth, but overall it is a huge change for the better. Techies themselves will also appreciate being able to log into a less savvy friend or relative’s router remotely and take control.

Performance
Of course there is a big snag in all our praise of CCC and that is while the EA4500 is the first router to receive it the platform will be rolled out to every new Linksys model. So does the EA4500 stand up on its own? Yes, it does. 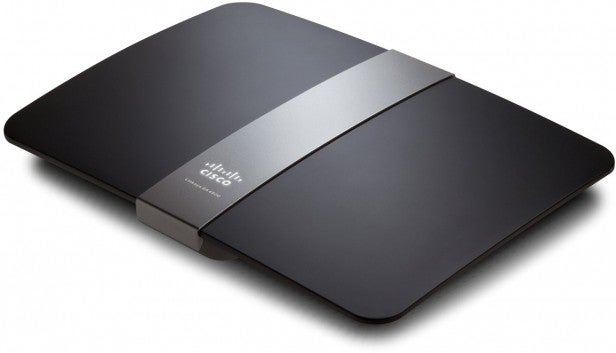 Consequently the EA4500 is only bested by the D-Link DIR-645 Smartbeam at distance (it achieved 2.57MBps at 13 metres with two walls in the way, but was otherwise very similar) and all speeds are fast enough to comfortably stream HD video.

So where do the faults lie? The big elephant in the room is 802.11ac. We have already reviewed the Buffalo AirStation 1750 D1800H – the first ac router out the gate – and while we haven’t yet been able to compare its performance with others its speeds (26.7MBps, 16.2MBps and 5.61MBps) obliterate 802.11n. Furthermore Cisco itself has already confirmed the ‘EA6500’, its first 802.11ac router, will launch in September. Whether you own or plan on snapping up 802.11ac kit or not, there is great security in future proofing. 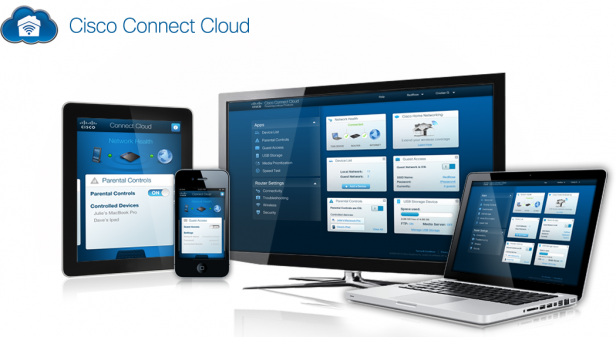 Value
If you aren’t sucked in by 802.11ac though the £159.99 RRP on the EA4500 could be a significant stumbling block. This is right at the top of the price bracket for n routers and at just £79.99 the equally fast D-Link DIR-645 is more compelling if you don’t mind being restricted to a single band or losing the CCC interface.

All of which makes it hard to grade the EA4500. Make no mistake it is an exceptional router with top notch performance and a interesting UI, but investing in 802.11n restricted technology at this moment feels short sighted. If you absolutely must buy a new router now and have enough legacy equipment that 802.11ac won’t matter for some time then we can thoroughly recommend the EA4500 – it is brilliant. For everyone else, we suggest you sit tight for two months…

Verdict
Cisco’s Linksys EA4500 is a router which masters its art. It looks great, performance is top notch and the new Cisco Connect Cloud user interface is a revolution which the rest of the industry will soon follow. The trouble is the EA4500’s art is 802.11n and it comes in at a premium price when 802.11ac routers are starting to hit the market. As such we love the Linksys EA4500, but know our romantic intentions won’t last long…