The thermal sensor is based on MSX thermal imaging camera tech and can be used to capture pictures or shoot video in infrared. It’s accurate at distances up to 30m and can be used in a variety of ways, including highlighting temperature contrasts and identifying hot and cold spots.

The interface shows the sensor’s readings in real time in a camera interface that looks like the Predator movie monster’s thermal vision. The sensor can also be used to get exact temperature readings on items, and to monitor specific sections of the camera’s field of view. Night vision’s also supported.

You can also customise the exact filter used to showcase the temperature data. These include basic Lava and Iron modes that show heat data in shades of yellow, red and orange, as well as more esoteric ones, such as Rainbow, which showcase it in a more psychedelic mix of colours
. 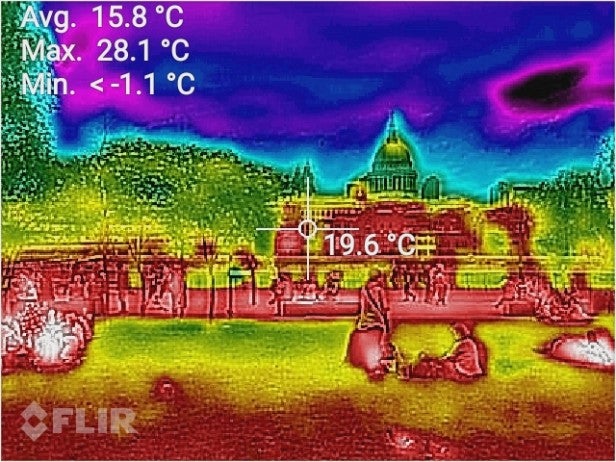 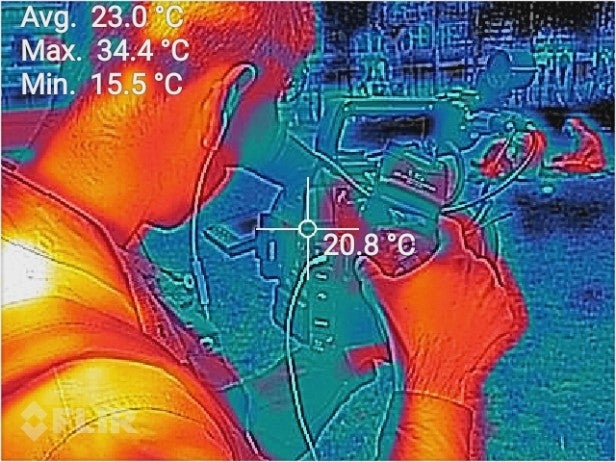 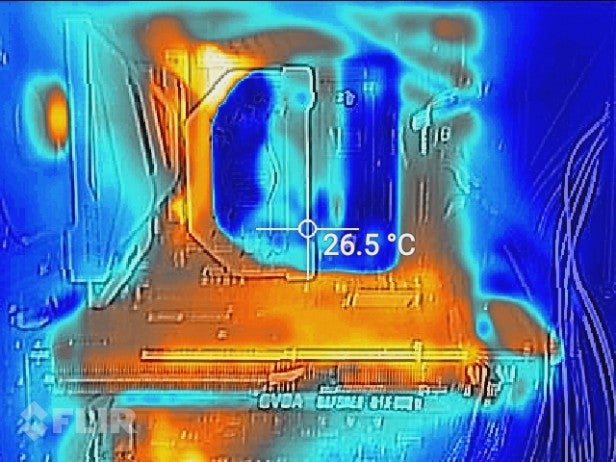 CAT claims it’s already in talks with police forces, firefighters, engineers on oil rigs and extreme sports personalities about possible uses for the sensor, but I’ve already found plenty of applications for it. Doing DIY around my house, the sensor proved invaluable for spotting wires when I was drilling holes in the wall to fit shelves.

The sensor also made it easy for me to spot a broken filament in my neighbour’s oven. BBQing for friends I also used it for spot temperature checks of what was being cooked, and the overall temperature of the coals – though I doubt this was really what they intended the S60 to be used for when they designed it.

The sensor also works a treat in gas-filled, low-visibility environments. During a demo at the London launch event of the S60 I was tasked to use the sensor to find a variety of objects in a gas-flooded room. The infrared worked a treat and let me clearly see through the fog and find the objects in a matter of minutes.

I’m a little less impressed by the basic 13-megapixel rear camera. The camera is good by ruggedised phone standards, but it doesn’t come anywhere close to matching the image quality and focusing speed of competing £500-plus smartphones.

Shooting speed is a particular problem. Whenever I tried to snap more than one photo at a time, the camera app would lock up and there would be a noticeable delay between me pushing the onscreen shutter button and a picture being taken. The final shot would also regularly be out of focus. The issue makes capturing moving images or impromptu moments a wee bit tricky on the S60.

Low-light performance is pretty much a write-off with the standard camera. Images shot in low light are uniformly pixelated and full of noise. 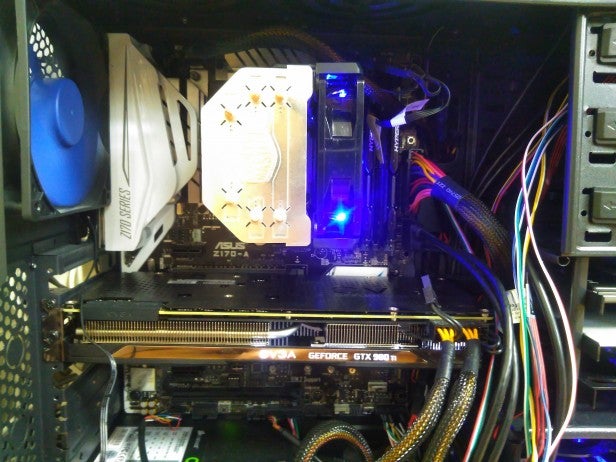 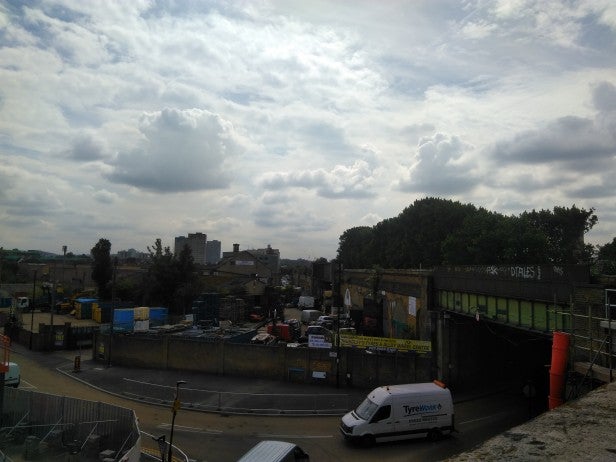 Capture speeds are a little slow using the regular sensor 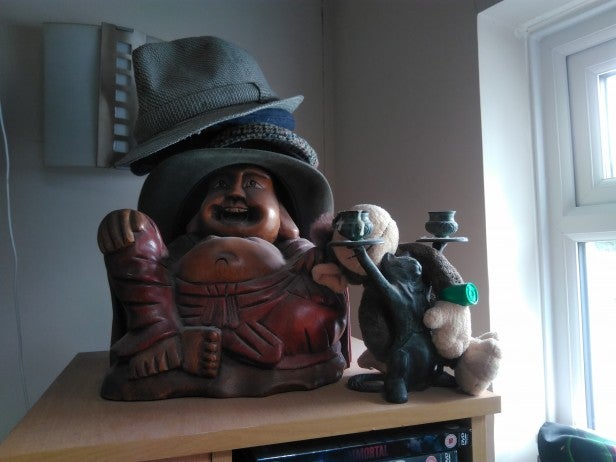 And its autofocus isn’t the best

The camera is good enough for basic still shots in regular light and comes loaded with all the shooting modes you’d expect. These include basic things like HDR and panorama, plus subject-specific modes such as sport, portrait and landscape.

The camera can also capture video at a maximum 1080p resolution at 30 frames per second, which is pretty standard in today’s smartphones. Video shot on the phone suffers from constant shakes and the mic isn’t very powerful, which means audio quality can be hit-and-miss. Being fair to CAT, this is an issue with pretty much every smartphone camera.