The CAT S60’s powered by a Snapdragon 617 octa-core processor and 3GB of RAM. The specs are below average for a smartphone in this price bracket, but a marked step up on most rugged handsets. I expect any flagship £500-plus smartphone to feature a Snapdragon 820 CPU, not a mid-range 617.

The 617’s inclusion isn’t a deal breaker, though, as the CAT phone still manages to offer solid performance. Apps open in milliseconds and navigating menu screens is a smooth experience. Most of the 3D games I played took a few seconds longer to load than I’m used to, coming from an 820-powered HTC 10, but still ran chug-free.

The only real-world performance issue I noticed is that the S60 begins to stutter and heat up when you have multiple applications or content-rich websites running for long periods.

My impressions of the S60’s performance rang true when I put it through Trusted’s standard suite of benchmarks. 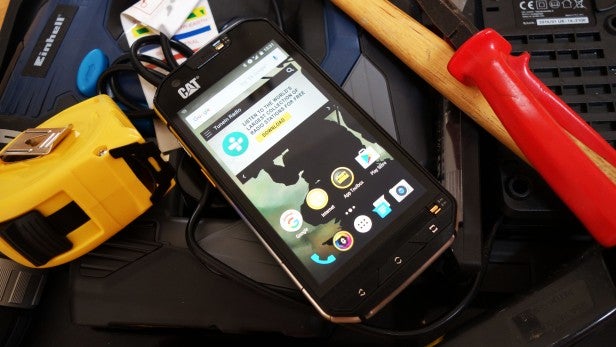 The CAT S60’s run-of-the-mill performance continued on the GPU-focused 3DMark, Ice Storm Unlimited benchmark. On 3DMark the S60 scored 9,658. The HTC scores 23,352 on the same test, by comparison.

The S60’s speakers are suitably powerful, but lack clarity. The bottom end is way stronger than the mid-range and treble, which occasionally makes it difficult to hear what a person is saying when using it in speakerphone mode.

The main mic and speaker are suitably powerful for regular calls, however. Making calls on London’s busy streets, I never found myself struggling to hear what the person on the other end of the line was saying.

Traditionally, the use of older Android versions has been a particular problem on specialised phones. The CAT S60’s use of Android Marshmallow, therefore, is to be applauded.

Android Marshmallow is a huge update to the OS that adds more new features than can easily be counted. Highlights include a reworked, more user-friendly Material Design, Google Now on Tap, Doze and advanced privacy controls.

Now on Tap lets you access Google’s information service within applications simply by holding down the home button. Doze is a battery-saving feature that lets the phone intelligently power down unneeded services when the phone is asleep. 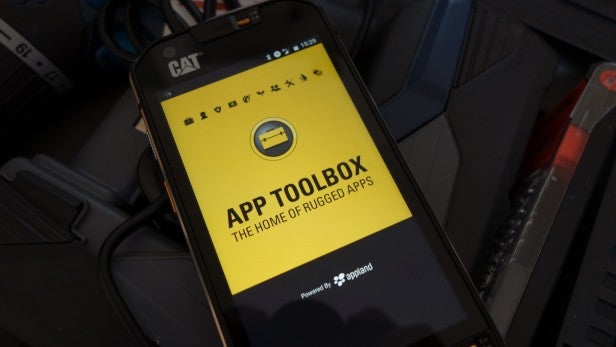 It’s unclear if the S60 will be upgraded to Android Nougat when it launches later this year, but it isn’t an impossibility, as CAT’s taken a very light touch with the S60’s software. It’s made as few changes as possible to Android Marshmallow, limiting itself to loading a few custom applications and services designed for labourers, DIY fanatics and people working in hazardous environments.

Highlights include the FLIR, Speaker Dry and Location Alert apps, plus the Toolbox marketplace. The FLIR app is the control centre for the thermal imaging sensor. Speaker Dry is a useful app that helps you clean the S60’s speakers after it’s been submerged in water. Location Alert is a safety feature that lets you quickly send out SOS messages with your location, or check on the whereabouts of team members when working in dangerous areas.

Toolbox is an app marketplace that collects useful services in specialised, CAT-specific categories. These include sections for specific industries like agriculture and construction, plus areas for interests, such as “rugged work” and sports.

The Toolbox marketplace makes it easy to add new tool functionalities to the S60. Putting up a set of shelves, I found accurate spirit level and digital tape measure apps within minutes.