Wireless audio is very “in” at the moment. However, it’s relatively expensive to implement, easy to muck up and – usually – adds a level of faffing you don’t get with good old wires. But, done right, it is seriously impressive. German loudspeaker maker Canton has now produced its own attempt. The Canton your_World takes a pair of traditional-looking bookshelf speakers and squeezes into them wireless hardware that shouldn’t – in theory – deteriorate audio quality.

Design and Features
The Canton your_World setup is comprised of four bits. You have the two main speakers, which Canton calls your_Duo, and two transmitters – the your_Dock and the your_Stick. This is an either/or deal though, as most packages only include the one transmitter. The your_Dock is an iOS dock for iPhones and iPods, and the your_Stick a USB connector for computers. 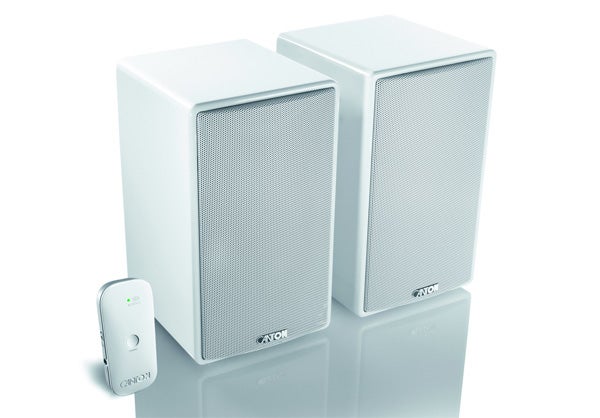 We’re told the latter is the more popular of the two – and it’s a bit more flexible as well, packing a 3.5mm audio socket that’ll let you connect just about anything. This wireless implementation isn’t exactly the slickest we’ve seen – with AirPlay or Bluetooth there’s no need for a dock or transmitter at all, and needing the extra hardware does make the Canton your_World seem a little clunky.

But, most importantly, it works very well and is easy to setup. Each speaker and transmitter has a little light on it – a neat little ring behind the grille in the speakers’ case – that can show one of three colours representing the three wireless channels your_Works works over. Like a simple game, match up the lights and the speakers and transmitter will start communicating. 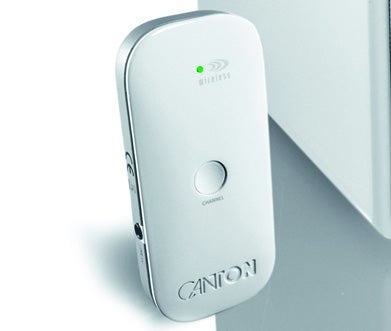 Changing speaker channels requires a simple tap of a button on the remote and the your_Stick has a channel change button on its bod. Having such a mechanical feel to the wireless connection feels a little off in this age of apps and AirPlay, but we found it very reliable. We suffered no drop-outs, no distortion and no interference. The multi-zone, multi channel approach makes it very easy to switch which transmitter is piping audio to which speaker set too – a multi-room setup is totally possible, although it wouldn’t have quite the slick feel of a Sonos system. 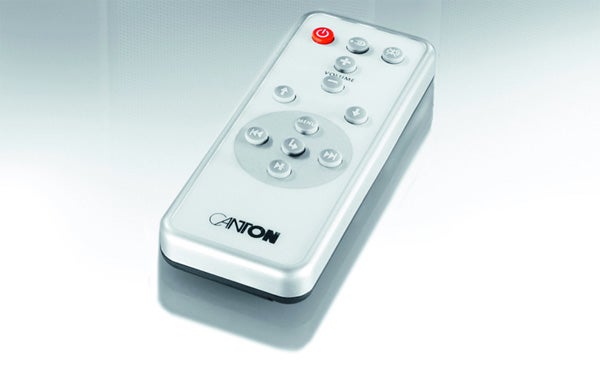 You need to make sure you’ll want to use wireless all the time, though, as there’s no other option here. Where some wireless speakers include a physical audio input as well as streaming, there are no connections on the back of each speaker beyond the power socket.

The Speakers
The Canton your_World speakers are powered – essentially active monitors – which makes us a little more comfortable with the £600 package price as there’s no need for a separate amplifier here. Although anything else would, of course, pretty much decimate the usefulness of the wireless-ness. Each box boasts 50W of power. 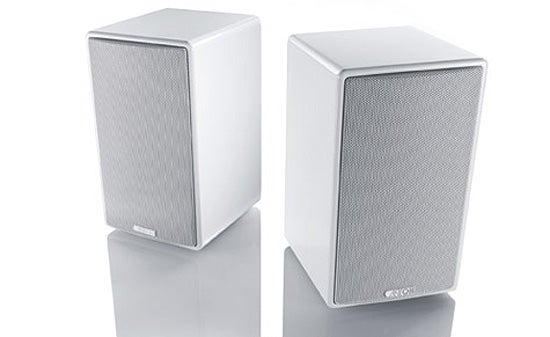 Standing 24cm tall, these are the size of standard hi-fi bookshelf speakers. They have a seamless glossy white finish and a tough, removable metal grille. Get your hands on them and you can tell instantly they’re top-quality speakers. However, we’re not completely convinced the mandatory all-white look was that great an idea. Canton was probably aiming for a sleek lifestyle look, but what it has ended up with has a slight whiff of… Hospital radio, or something along those lines.  Hopefully, the black edition would look better in the flesh.

Sound Quality
The Canton your_World melds some of the simple, streamlined style of an iPod dock – no separate amp, minimal control – with the speaker size and quality of a proper hi-fi setup.

Each grille hides a standard two-way driver setup, with a mid-bass driver and a tweeter up above. Just as important as these units is the large volume of the cabinets. At 16cm deep, they’re hardly monsters but give more room for sound to percolate than most iPod docks. On the back of each speaker sits a bass port, making them a little picky about positioning – sit them too close to a wall and they’ll boom a bit. 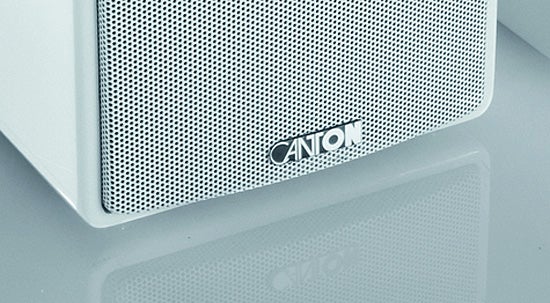 With correct positioning, though, they sound quite wonderful. For bookshelf speakers, they provide plenty of bass punch, lending music much greater weight and scale than the majority of sub-£500 iPhone-leaning systems. Treble detailing is excellent too – the your_World brings out fine detailing with excellent clarity and the right amount of top-end sparkle.

The benefit of the Canton your_World over something like the B&W Zeppelin Air is that here you can get a completely convincing stereo image by using careful positioning. It makes a huge difference, too. While many top-end docks offer wide sound dispersion for room-filling room, reproducing proper stereo is something altogether different.

We do have a few minor audio quibbles, though. The mid-range would benefit from greater texture and definition – as is vocals can sound a little flat, losing the presence they should command within arrangements in some cases. 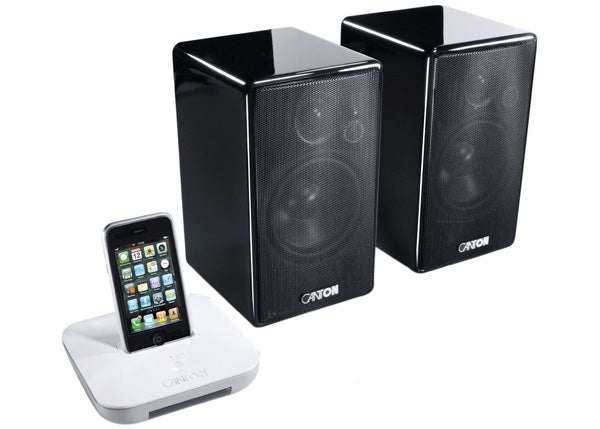 Value
Good value or bad value? Next to “top-end” wireless docks like the B&W Zeppelin Air and Klipsch Gallery G-17, the Canon your_World comes across well. Its wireless implementation feels a little unrefined, but it works and the sound offered is more “hi-fi” than those that rely in part on a single, large subwoofer driver to fill in the bottom-end.

However, faced with speakers that only provide that lifestyle feel in part, we’d be seriously tempted to look for a more traditional wired amp/speaker setup, or perhaps even a pair of nearfield active monitors such as the Genelec 8020BP, if your room is smaller enough.

The Canton your_World setup is a pair of hi-fi speakers that tap into the lifestyle vein with wireless audio streaming. Their wireless ways aren’t the slickest – using bespoke transmitters rather than Wi-Fi or Bluetooth – but streaming is reliable, pretty versatile and lossless. And, most important of all, sound quality is excellent, a true replacement for a bookshelf speaker-based separates hi-fi system.