The Canon PowerShot G7 X uses the Digic 6 processor, capable of shooting at 6.5fps. That’s a fair bit slower than than the Sony RX100 III, which shoots at 10fps.

Shooting speed drops down to 4.4fps when you shoot with tracking autofocus, making it one of the G7 X’s weaker elements when compared with direct rivals.

The Digic 6 processor is shown up on other occasions, too. Processing times are just a bit more lengthy than we’d like throughout. Producing an HDR shot, for example, just isn’t quite quick enough. 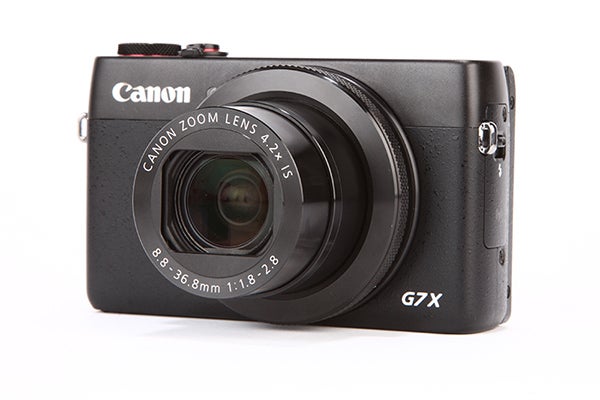 Focusing is also good rather than great. It’s a pure contrast-detect system that offers 31 focus points. We found it does get a little slow in low light compared with the best, especially when you’re using the telephoto end of the lens. It’s not truly problematic, but this area’s become very competitive.

The PowerShot G7 X’s lens is a strong point, though. It offers a focal range of 24-100mm in the 35mm standard, with a maximum aperture of f/1.8-2.8 through the zoom. It’s fast throughout.

That’s the same aperture range as the Sony RX100 III, but with a longer zoom. It’s a big win for the Canon, especially as you lose nothing at the wide-angle end. This is an extremely versatile camera.

The Canon PowerShot G7 X also focuses on objects as close as 5cm away, giving it solid macro skills. However, we did find that macro shots can look a little soft thanks to Canon’s aggressive noise reduction. We saw this throughout the camera’s JPEGs, in fact, which is a disappointment in what’s otherwise a great photographic performance. 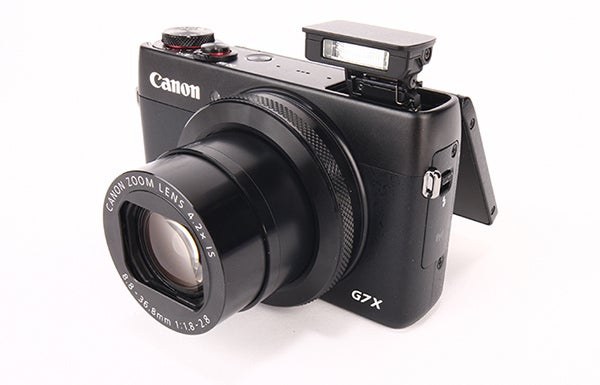 For a compact camera, the Canon PowerShot G7 X can produce alarmingly good photos. If you’re used to the photo quality of a compact system camera or DSLR, we think you’ll be pleasantly surprised with what this camera can offer. The larger sensor works wonders.

Dynamic range is extremely good at lower ISO settings, with its 12.4EV performance, according to our tests, matching the Sony RX100 III. This drops down to 9.5EV at ISO 1600, but that’s a good performance for a lower-light ISO setting. 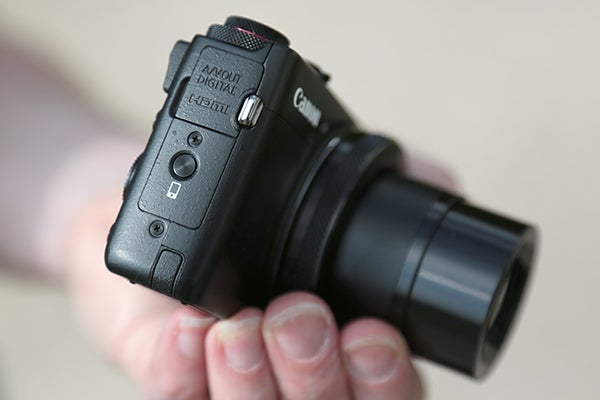 The Canon PowerShot G7 X does what we needed it to – providing significantly better image quality than the PowerShot G16, proving that using the larger sensor does make a huge difference. Photos were closer in quality to those of the Canon G1 X, which has a much larger 1.5-inch sensor. And that camera loses out by being both larger and having a much worse lens.

Photos are almost noise-free up to ISO 400, and quality remains great up to ISO 1600. There’s more significant noise at ISO 3200 and ISO 6400, but the results are still usable, and plenty of detail can be recovered post-shoot if you capture RAWs.

The top native ISO of 12800 can produce reasonable shots, too, but it’s best thought of as an emergency setting.

Colour reproduction is natural and well saturated, with realistic skin tones. There are also plenty of modes that let you fiddle with the colour.

Here are a few samples: 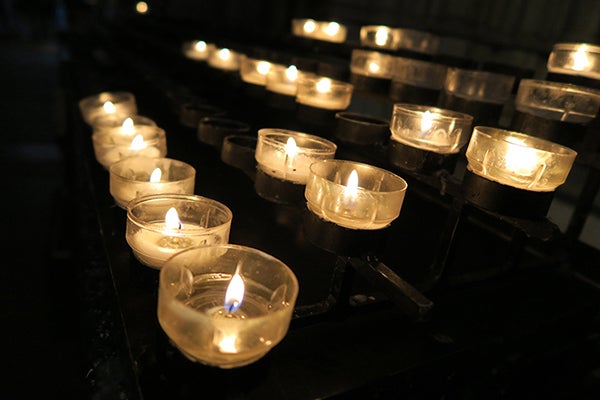 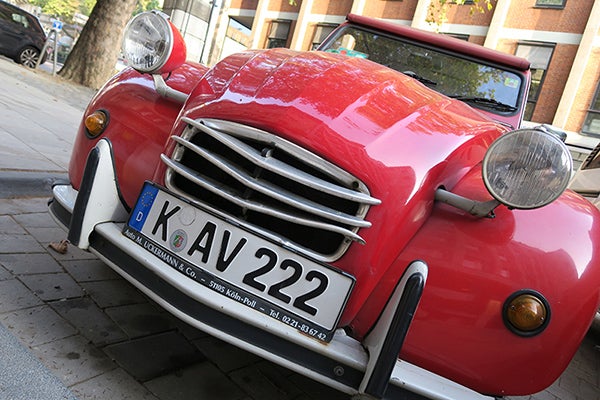 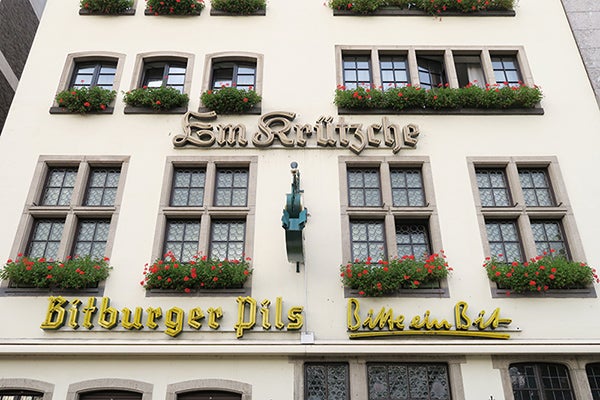 While the Canon PowerShot G7 X doesn’t offer the performance of the Sony RX100 III, the quality of its images can certainly compete.

Without 4K video capture or a hot shoe to attach an external microphone, the Canon PowerShot G7 X was never going to be a true video powerhouse. However, aside from those omissions it’s very good.

You can alter the shutter speed and aperture mid-shoot, giving a good degree of manual control, and touchscreen operation lets you make such changes without any obvious, clunky juddering movements.

Capture tops out at Full HD 1080p/60fps, and 5-axis optical stabilisation makes it easy to get fairly smooth footage. As something of a side feature on a largely stills-focused camera, video capture is more than good enough. 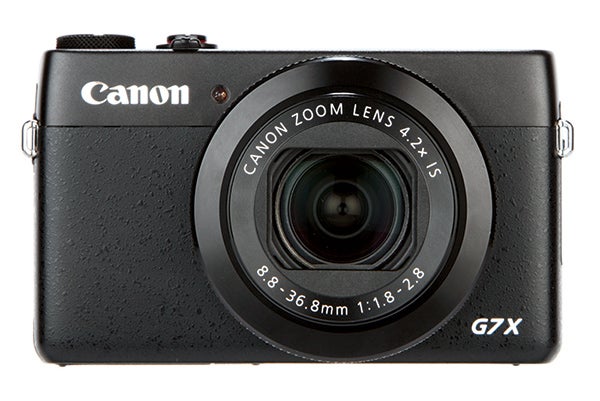 Should I buy the Canon PowerShot G7 X?

The G7 X is an excellent camera, once again proving than a 1-inch sensor and a super-portable frame makes an attractive combination.

But if you’ve already decided on that style of camera, is the Canon PowerShot G7 X better than the Sony RX100 III and the comparable Panasonic Lumix LX100?

It is not flat-out better than either. But it is cheaper. At £120 less, the G7 X offers a lower-budget alternative – granted, it’s still not cheap.

We also think its manual handling is better than the Sony RX100 III’s, although for serious photographers used to shooting fully manual all of the time, it’s pretty clear that the Pansonic Lumix LX100 is the most compelling of the bunch.

A 1-inch sensor in a pocketable body makes the Canon PowerShot GX 7 a great high-end compact, as long as you don’t mind the lack of EVF.

Next, read our Best Cameras Round-up