The Sony RX100 III is the latest in a range of consistently fantastic Sony compact cameras. Sony’s RX100 models have proved that compacts aren’t just for people who are obsessed with convenience or don’t care much beyond phone-camera quality.

Once again, the Sony RX 100 III offers a seriously compelling camera for those who want quality images but can’t, or don’t want to, deal with the size of a DSLR or compact system camera.

This is a fine-tuning of the Sony RX 100 II, and one that doesn’t come cheap at £700. However, until we see whether the Panasonic LX100 can steal its crown, it offers some of the best images you can get from a zoom-lens compact. 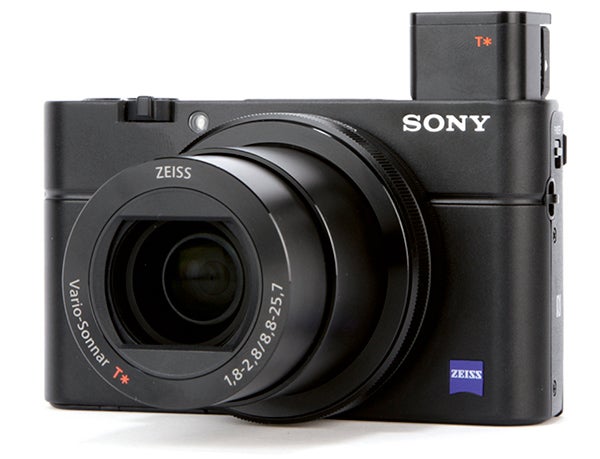 The Sony RX100 III will look very familiar to those who already know about Sony’s previous RX100 cameras. If you’re new to them, they offer something very special indeed.

Despite looking like a fairly small compact – the kind you can fit in your pocket if need be – the Sony RX100 III has a 1-inch sensor. The Nikon J4 CSC uses the same size of sensor, and it’s much larger than the kind we associate with compact cameras. The huge popularity of the previous RX100 cameras has normalised it a little, but we’re only now starting to see some real competitors.

The Canon G7 X and Panasonic LX100 are on the way, but Sony’s RX100-series cameras started the ball rolling. 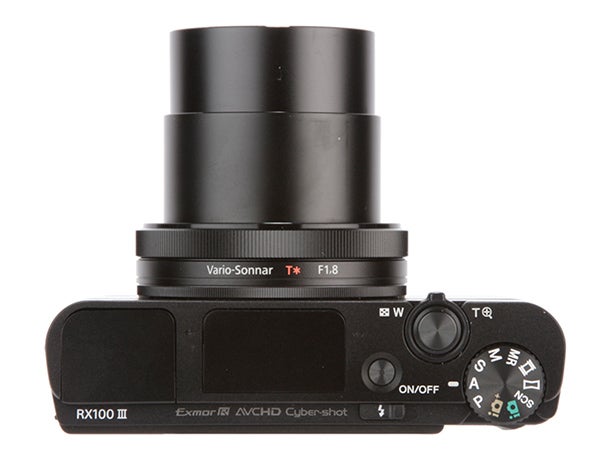 The Sony RX100 III is a tiny bit deeper than its predecessor thanks to its new lens, which sticks out a little more, but this is still an eminently portable camera. It’s also very well made. A metal body and dense feel give it the hardiness we expect from a camera this expensive.

Previous RX100 models were criticised for being a bit too ‘point and shoot’ for enthusiasts who might be attracted by the mix of image quality and portability, and Sony has tried to address this in the Sony RX100 III. First, there’s a new control ring that sits around the lens.

This can be customised to control the focus, aperture, shutter speed and other functions. Those who want more manual control don’t always have to work their way through the menu system with the Sony RX100 III. 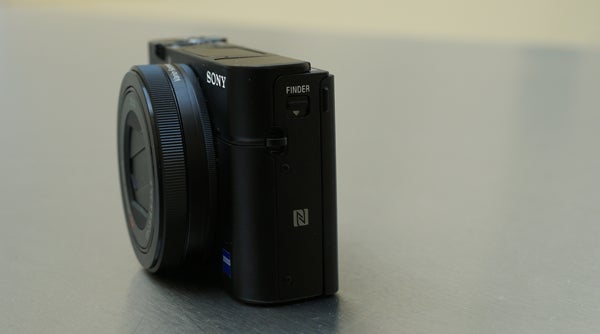 The Sony RX100 III’s control dial matches up perfectly with the other major change in this model: Sony has added an EVF. It pops out of the left edge of the top plate, where you might expect a pop-up flash to sit.

Using the control ring and EVF together gives you the feel of a higher-end CSC or DSLR, which is rare in compact cameras. Of course, it’s on a much smaller scale here.

We did find that, as everything is so crammed in, you do often end up squishing your nose against the display when concentrating on using the EVF to compose a shot. This could be helped by using a slide-on eye rest but – based on our searching – one doesn’t exist. Not yet, anyway. 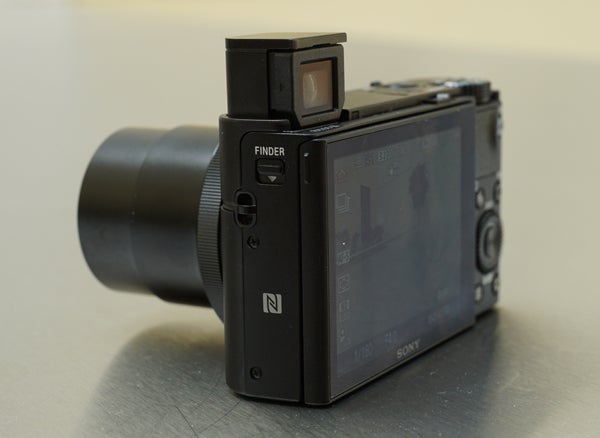 And the idea of using an EVF on a camera this small does take a bit of getting used to. We started off almost ignoring the EVF, simply because we’re so accustomed to composing with the rear display on a camera of the RX100 III’s size. However, it is worth investigating.

It’s an OLED display and offers 1.44 million-dot resolution, trumping the other EVFs we’ve seen in small cameras. For example, the Panasonic LF1‘s EVF only offers 200,000 dots, which we found too low to be enjoyable to use. The RX100 III’s, on the other hand, is rather good.

It’s perfect to step in when very bright sunlight washes out the rear display, or in low light, when it makes composing a photo feel more direct.  We don’t think that many Sony RX100 III buyers will use the EVF all the time – more like 50 per cent – but it pairs well with the control ring and slides back into the body when not in use. 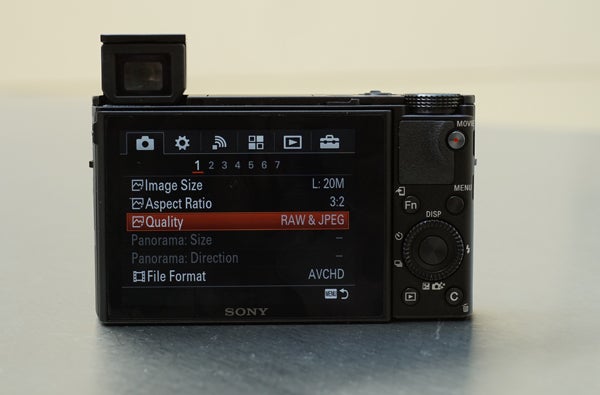 A sacrifice has been made to fit an EVF in the Sony RX100 III, though. The flash has been moved to the middle of the top plate, and the hot shoe from the RX100 II has been dumped.

This means you can’t attach a flash or an external microphone for audio capture with video. It’s a shame, but having used the camera for a good while, we think it’s a fair compromise. And if you must have a hot shoe, the Sony RX100 II is still available, and still an excellent camera.

Next
Screen, Lens and Performance Review