What is the Canon PowerShot G7 X?

The G7 X is Canon’s answer to the Sony RX100 III, which recently became our favourite compact camera of the moment. It adopts the same core ideal: pack a larger-than-average sensor into a small camera and you have a very convenient compact that offers image quality your Galaxy S5 could only dream of.

If compact cameras are going to survive, it’ll be in the form of models like the Canon G7 X. We’re seeing a whole brace of them appear at present, too.

You don’t just have the Canon G7 X to consider, but the aforementioned Sony RX100 and the Panasonic LX100, too. Sony was the first to embrace this new sort of advanced compact, and its experience shows. But if you want great manual control and fancy saving some money, the £579 G7 X is actually one of the cheaper models on offer. 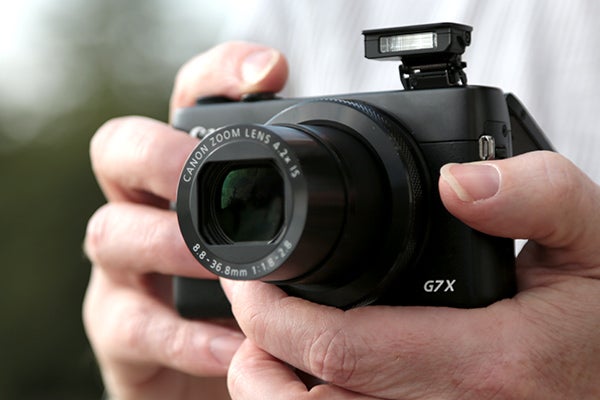 While the large 20.2-megapixel 1-inch sensor of the Canon G7 X rightly gets a lot of attention, the compact-style dimensions are also incredibly important. Without it being as small as it is, you might as well go and buy a mid-range compact system camera such as the Sony Alpha a6000.

The Canon G7 X is even smaller than the PowerShot G16, Canon’s top smaller-sensor advanced compact. At 103mm x 60.4mm x 40.4mm it’s an extremely handy size. Are there times when you leave the DSLR at home because you simply can’t be bothered to deal with its sheer bulk? This is where the PowerShot G7 X could step in. 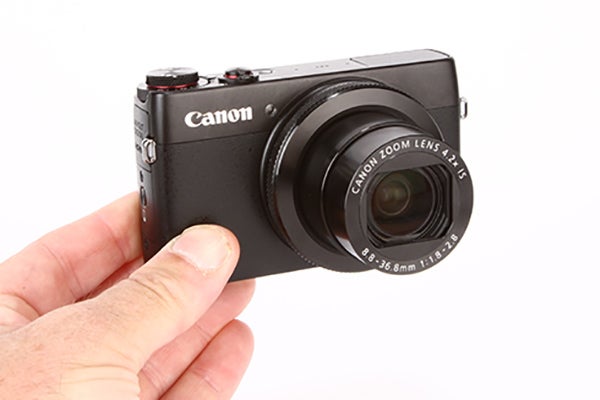 It’s slightly chunkier than the 102 x 58 x 41mm Sony RX100 III, but they’re fundamentally in the same size class. Getting this right was important.

As you’d hope of a £579 compact, the Canon G7 X is very well made. Like other Canon advanced compacts, its body is speckled metal, giving a cool, hard feel and an impression of ruggedness that’s slightly greater than the smooth Sony rival. Of course, impressions of ruggedness and being able to actually take punishment are two different things. The two cameras are fairly evenly matched on that front.

What we’d pick out as one of the main benefits of the Canon PowerShot G7 X is its manual control. Much like the PowerShot G16, it’s top of its class. 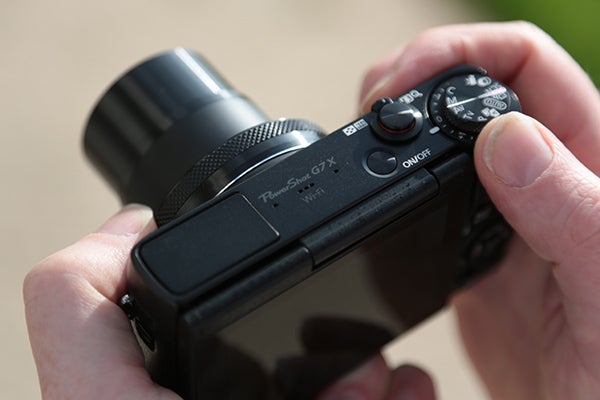 There’s a great click-feedback control wheel around the lens, an exposure dial under the mode dial, as well as the usual control wheel on the backplate. This is a step above the manual control you get in the Sony RX100 III, making it fairly easy to control shutter speed, exposure and aperture independently.

Of course, this still isn’t DSLR-grade control. An additional front dial (as seen in the G16) would give you more comfortable control, and we did find that the exposure dial was a little bit too close to the mode dial, meaning you need to be quite careful when operating it to avoid flicking both controls. 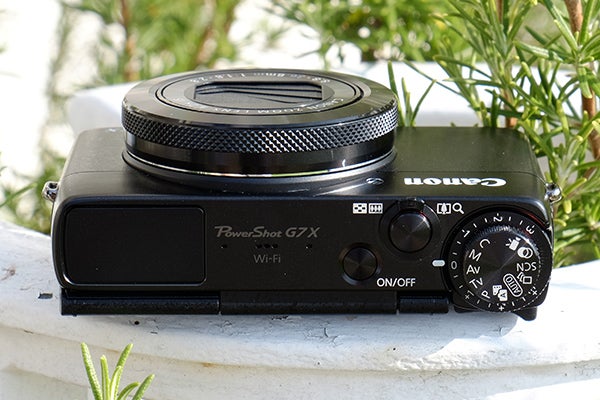 You can’t expect everything in a camera this size, though, and there are enough manual controls to make using aperture/shutter priority modes a doddle. It’s one of the more compelling reasons to pick the G7 X over the Sony model, which relies a little more on using the on-screen interface when going manual.

Next
Screen and Features Review