What is the Canon LEGRIA mini?

The LEGRIA mini is an innovative new camcorder from Canon. Since the demise of the Flip, action cameras have been the main focus of development in the camcorder market. But Canon hasn’t paid a lot of attention to this trend. Instead, we have the LEGRIA mini, which heads off in such an original direction it’s hard at first to describe what kind of camcorder it is.

Probably the best way to get a handle on what the LEGRIA mini is would be to acknowledge that the word “selfie” is now in the Oxford English Dictionary. That’s not the only kind of video recording the LEGRIA mini is aimed at, but it is the primary role. So the camcorder format has been completely rethought, to produce a design that is unlike any we have seen before. 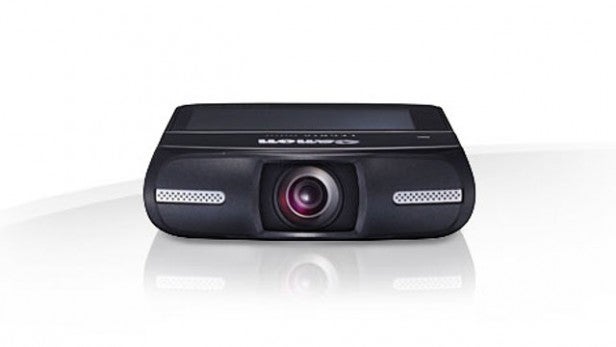 The LEGRIA mini actually looks like a tiny portable projector. The lens is on one edge, protected by a manual lens cover, with the 2.7-inch LCD panel on the top. This seems like an odd arrangement until you realise that the screen folds up and can be angled to face the rear or the front, as required. There’s a built-in stand on the bottom next to the screw mount.

The stand lets you angle the lens upwards, so you can get yourself perfectly into the picture. The lens itself is the equivalent of a 16.8mm wide angle, providing a 160-degree field of view. There’s no optical zoom available, but there is a close-up option, which equates approximately to a 4x zoom, and reduces the field of view to 71 degrees. 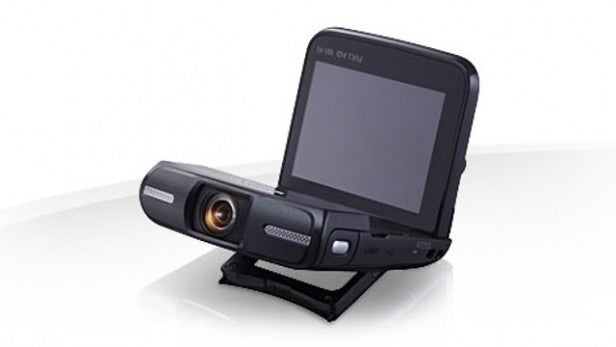 Inside the LEGRIA mini is a relatively sizeable 1/2.3-inch backside illuminated high-sensitivity CMOS with 12.8Mpixels. However, Canon doesn’t go beyond Full HD for the LEGRIA mini’s recording modes. Unlike the GoPro HERO3 Black Edition, there’s no 4K option here. The top quality setting is 1,920 x 1,080 at 25 progressive frames per second, with a 24Mbits/sec data rate. The MP4 video format is used for recording.

You can also capture footage at 720p with a 4Mbits/sec data rate, and there’s a 640 x 360 option available when streaming to a mobile device, of which more later in this review. Canon has chosen to use Micro SD for the recording media, to save space, with a 32GB module being enough for just under three hours of footage at the top 24Mbits/sec quality setting. 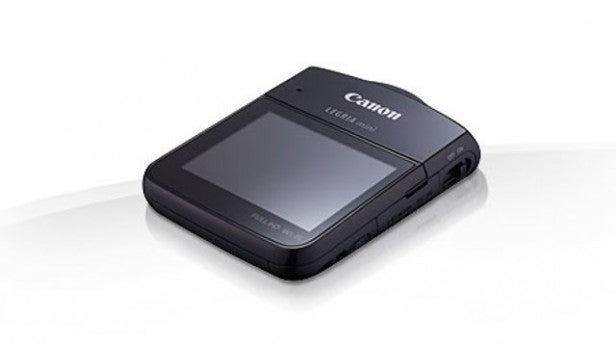 Although there is no 4K option, 8.99Mpixels are used in movie mode, and 12Mpixels when shooting stills. The close-up zoom acts like the advanced and intelligent zooms of mainstream camcorders, cropping into the sensor to achieve the telephoto effect. This still uses 2.07Mpixels in movie mode, so true Full HD resolution is not lost, putting it above the digital zooms used by most fixed-lens camcorders and smartphones.

Although there are no high frame rate recording formats available, the LEGRIA mini does have a couple of alternative options. You can shoot at four times the frame rate in VGA resolution, or twice the frame rate at 720p, with both played back at 25p. Alternatively, all formats can be recorded at half or quarter speed, which creates double or quadruple real-time during playback.