What is the GoPro HERO3 Black Edition?

The GoPro HERO3 Plus Black Edition is the successor to the market-leading GoPro HERO3, which we reviewed just three months ago. It seems rather soon for an update, particularly as the name suggests this is more of a tweak than a totally new version. However, there are still plenty of improvements over the original HERO3 that make this a worthy new version. 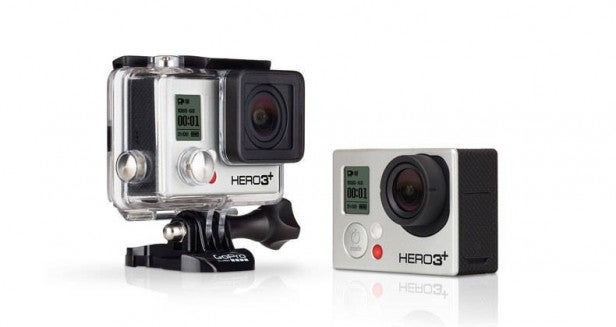 A new option, however, is SuperView, which is available when shooting 1080p or 720p footage. This provides more of a wide angle than the regular setting, avoiding fisheye distortion that previously you would need to correct with software. The level of distortion in the middle of the frame is particularly noticeable when compared to footage shot with the HERO3 Black. It achieves this by using a 4:3 portion of the sensor, and then recording this as 16:9 video. 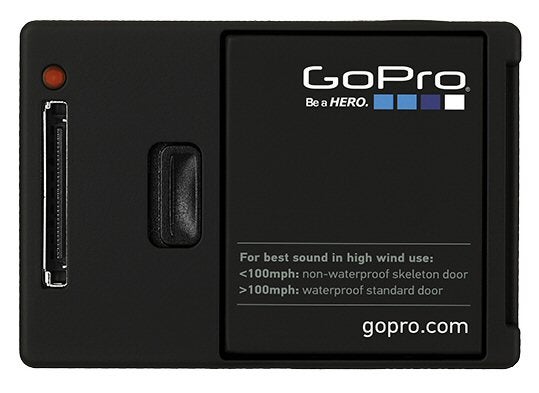 The lens is an area of distinct improvement, with GoPro promising 33 per cent greater sharpness than the HERO3 Black. The lens itself is the same six-element aspherical glass unit with a fixed f/2.8 aperture as the HERO3 Black. But the minimum focus distance has been reduced considerably, and is now around 18cm rather than 1m, although this has meant that the sharpness of distant objects has been reduced slightly.

The still image abilities remain the same as before, with 5, 7 and 12Mpixel options. You can shoot 30 photos in a one-second burst, or a 30-second continuous mode at up to 10 photos a second. There are time lapse options ranging from 0.5 to 60-second intervals. You can capture still images and video simultaneously, too, although only with 1,440p, 1080p and 720p video, and not at the same time as any high-speed modes.

Battery life has been improved by about 30 per cent. Using the HERO3 on its own, without WiFi, allows up to two hours of shooting, although this will drop considerably if you are shooting higher framerate modes. It will also reduce if you turn on Wi-Fi for use with the bundled remote, and still more when using the GoPro App or LCD screen, although now you should get at least an hour of shooting whichever configuration you are using. 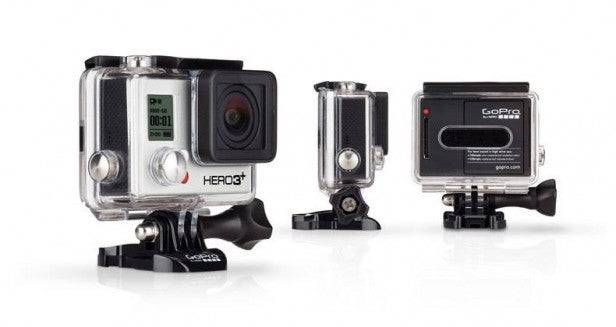 The device itself is slightly smaller in its housing than the HERO3, which in turn was 30 per cent smaller and 20 per cent lighter than the HERO2. It weighs the same 74g, however. The housing design has changed subtly, with a reduction in size and weight, and some minor cosmetic alterations to the appearance.

The old HERO3 will fit the new housing, which will mean you can use peripherals for the new camera. But the new housing is only rated to 40m underwater, where the previous case (now reworked as the Dive Housing) is rated to 60m.

The housing buttons are also bigger, and the mechanism for securing the
rear door shut has been made simpler. There is now no extra button to
push to open the catch securing the door, which in theory makes it less
secure, and is probably a major reason why the waterproofing depth has
been reduced. But in our testing there was no evidence this would be a
problem. The catch is very firm, and a strong impact would be more
likely to break the housing than open the catch accidentally.