Absolutely all of the HF R406’s settings are configured via the 3-inch LCD touch panel, with separate buttons only available for turning the camcorder on and off and toggling between record and play modes. This supplies the usual touch focus and exposure capability, while the Auto setting will detect conditions and set an appropriate scene mode accordingly. Switch out of Auto, however – or the aforementioned Baby mode – and you have considerably more options. As with most Canon camcorders, there is a decent level of manual control available, although not as much as some. 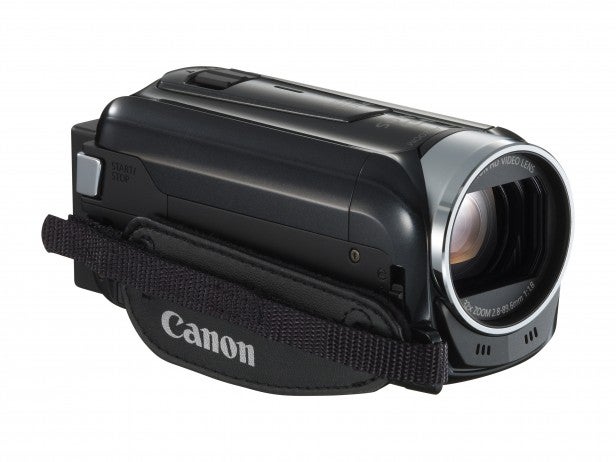 There are nine scene modes available, including the usual portrait, sports, night, snow and beach options. A Cinema mode is also on hand that offers a selection of film-look filters such as cool, vivid, and classic. These provide more subtle colour grading than standard digital filters. However, it’s worth mentioning that the Canon LEGRIA HF R406’s 50p AVCHD and 50p MP4 recording modes aren’t available when the cinema filters are applied, and neither are the graphical Decorations. However, you can still access manual focusing, white balance and exposure.

Both focus and exposure can either be used in separate touch modes, where you indicate a point in the frame to use as reference, or you can adjust them via on-screen sliders. Exposure can be varied between -3 and 3 in quarter unit steps, but there’s no independent control over shutter and iris, which is a disappointment when so many previous Canon camcorders had this level of fine control, which was one of the reasons they were so capable.

There is a Programmed AE option, which gives you the same settings as the cinema mode, but without the filters and with the ability to use the top quality modes. However, there is no fully manual mode, although you can adjust the microphone volume manually from 0-100. The R406 has an analog AV output that can double as a headphone jack for monitoring audio, too, but there’s no microphone input or accessory shoe, so it wouldn’t make an ideal budget enthusiast camcorder in this respect either.

There are also no Wi-Fi features, which Samsung did manage to squeeze into its similarly priced Samsung HMX-QF30, as did JVC with the JVC HD Everio GZ-EX515BEK. 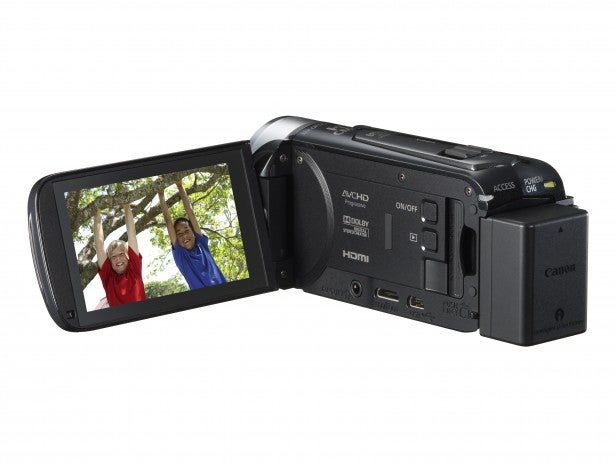 On the other hand, the HF R406 does compete well with both of these for image quality. The Samsung’s slightly bigger sensor has a marginally greater response in low light, but Canon’s lens resolves good detail, and the image stabilisation is better than either Samsung or JVC’s alternatives. Overall, the R406 shoots rich, accurate video in the best lighting, and its low light abilities are commendable too. This is another camcorder that has few problems with our 100W ceiling light test, where we shoot video in a room illuminated only with a 100W bulb fixture, which is the kind of conditions many family videos will be shot in. The R406 remains bright, with only a hint of grain.

The Canon LEGRIA HF R406 may not have the excitement of Wi-Fi connectivity, but it does shoot good-looking video at a decent price, with excellent image stabilisation. The lack of manual settings is a disappointment, although the camcorder is otherwise well endowed with mature creative options, including a decent range of scene modes and cinema filters. Overall, it’s a decent budget camcorder.