Canon DSLR’s are known for being reliable performers. After shooting with the camera for a week in the Scottish Highlands, the EOS 6D Mark II certainly lived up to my expectations.

Compared to some battery-thirsty mirrorless cameras I’ve been using of late, it was nice to travel with only a single battery that had ample charge for a full day of shooting. The battery lasts for around 1200 shots, but be wary that using Wi-Fi will reduce it faster. It’s often forgotten that the remaining power can be checked as a percentage from the battery info in the main menu as well as the shutter count since the last charge. 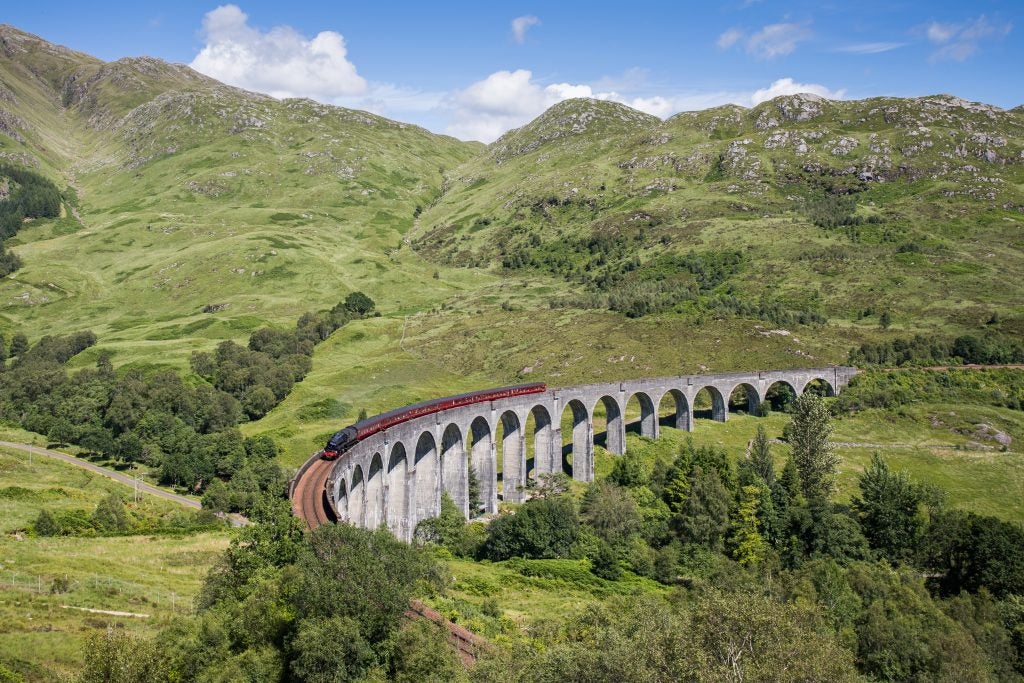 Although it won’t be the first choice for action, wildlife or sports photographers who like to shoot faster than 6.5fps, the way in which the Canon EOS 6D Mark II delivers punchy images, faithful colour and strong results at high sensitivity settings makes it a very versatile option for those who like to shoot a variety of subjects. Keeping on the topic of speed, I managed to rattle off 21 raw images and 77 large JPEG images to my SanDisk Extreme Pro 64GB Class 10 SDXC card at 6.5fps before its buffer limit was reached. 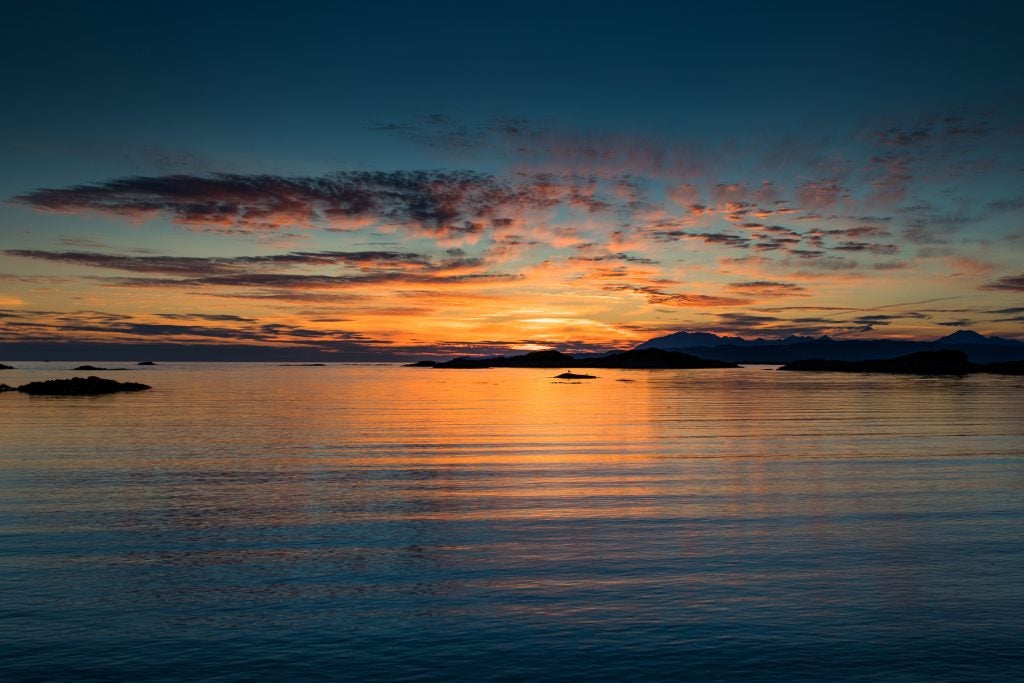 Switching the drive mode from continuous to silent highlighted that the slap of the shutter mechanism is suppressed ever so slightly, but don’t expect people not to hear you shooting in a very quiet environment – for example, in a church at a wedding. Describing it as a slightly quieter shutter mode instead of silent is far more accurate.

Very little exposure adjustment was required during testing. The metering system analyses scenes admirably and only occasionally did I find myself dialling in -0.3EV to prevent highlights being clipped in the brightest area of an image. Users will feel confident using the camera in its evaluative metering mode, but for scenes that are harder to expose there’s always spot, partial and centre-weighted to choose from. 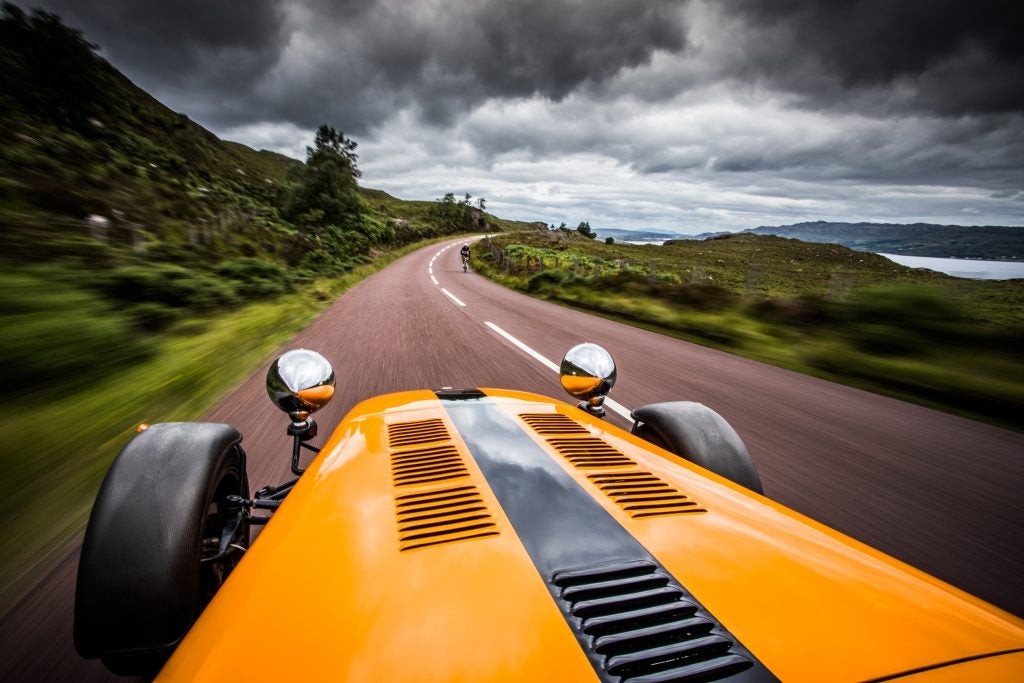 Canon provides a good amount of control over image processing settings. The default Auto picture style determines what the camera thinks is the best processing and rendering settings for any given scene. For those who’d like a more consistent style across a set of JPEG images, however, there are seven other picture styles to choose from. If you’d like your image to reflect the scene as you see it with your eyes, faithful is a great place to start.

In playback users get a fine selection of raw processing options with the ability to save an image as a new file after it’s been edited. The way shots can be rated in-camera before they’re loaded into software also plays a part in speeding up workflow.

From the custom functions menu you’re given the opportunity to dive in and reassign different settings to different buttons. This ability to change things around – such as setting the exposure lock button to enter AI Servo mode when it’s depressed – can be useful depending on the way you work. It’s even possible to switch the dial functions around so that the top dial adjusts aperture and rear dial controls shutter speed. 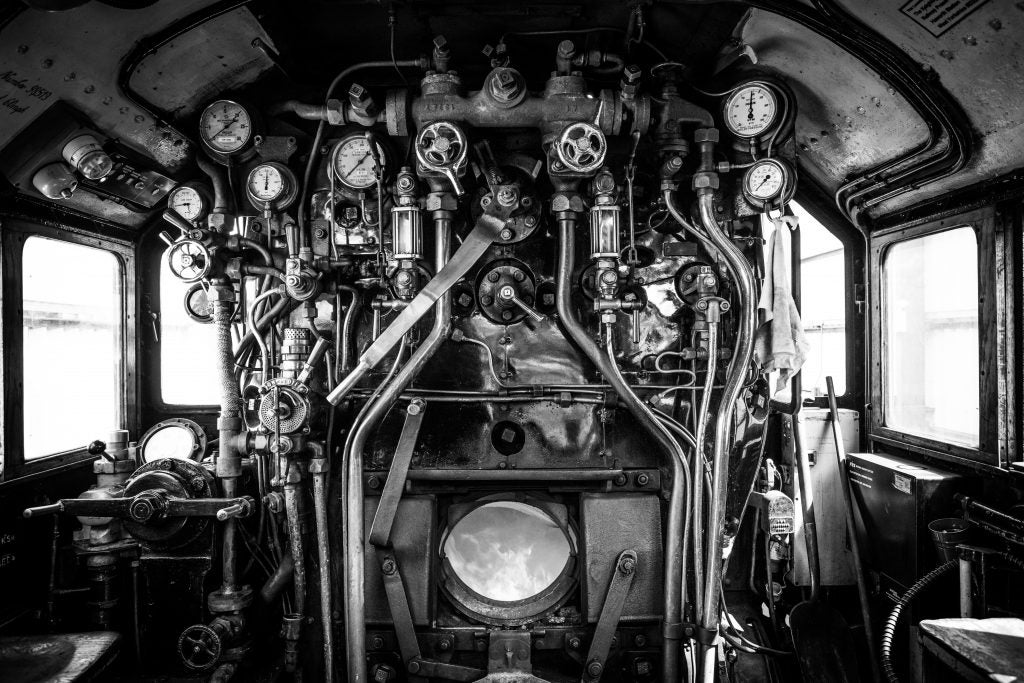 Provided you have the latest version of the Canon’s Camera Connect app pre-installed on your mobile device, it’s possible to establish a Wi-Fi connection in seconds. Images are fast to load in the app and can be displayed in thumbnail form, alongside the date and time they were taken with the relevant metadata.

With regards to shooting remotely using your smartphone or tablet, it’s possible to take control of shutter speed, aperture, and ISO. Furthermore, you adjust the position of the focus point, change the AF method and set other variables including drive mode, white balance and exposure compensation. This is all in addition to being able to pre-focus and fire the shutter remotely straight from your mobile device. 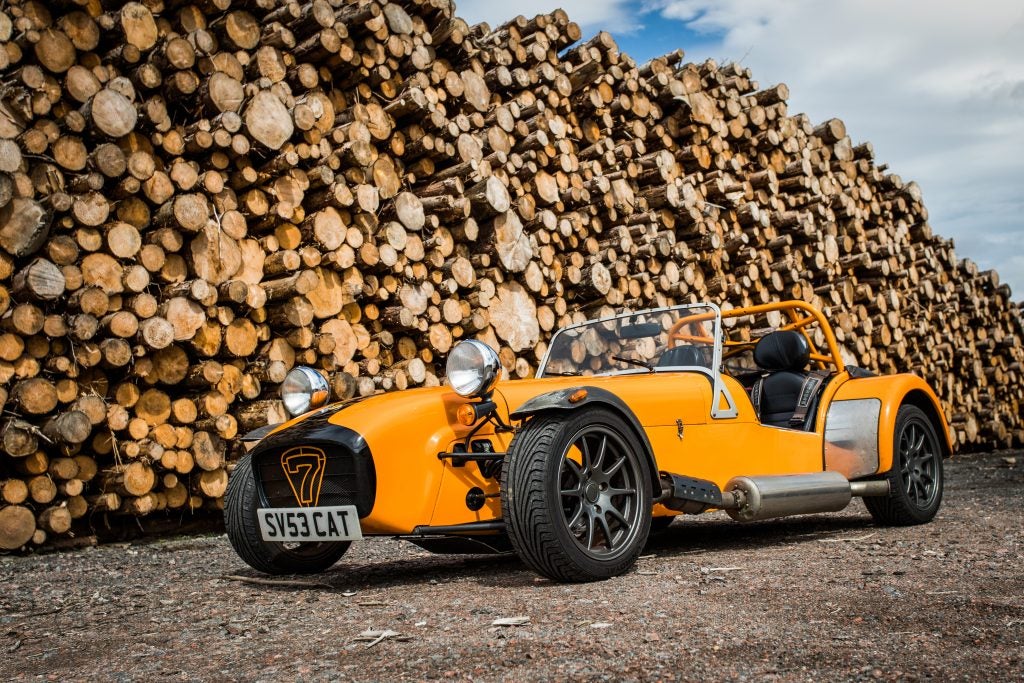 Overall, I found very little fault with the EOS 6D Mark II’s performance, other than finding it fell slightly short of being able to shoot 150 JPEG images at 6.5fps before its buffer was reached. It should also be noted that Canon’s claimed figure is some way short of what was previously possible on the original EOS 6D – a little surprising given that it uses Canon’s new DIGIC 7 image processor. By way of comparison, the EOS 6D could shoot a burst of 1250 JPEGs, albeit at 4.5fps and at a lower 20.2-megapixel resolution.

It’s always intriguing when a manufacturer launches a new camera with a new sensor that’s never been tried or tested before. The increase to 26.2-megapixels sees it resolve an exceptionally fine level of detail, narrowing the gap to the 30.4-megapixel resolution offered by its sibling, the Canon EOS 5D Mark IV.

The camera can’t match the high dynamic range figure previously recorded by the 5D Mark IV, but does put in a sterling noise performance that will give users the confidence needed to push up to ISO 6400 when low-light situations ask much more of the sensor. Above this, the drop in quality starts to become more noticeable, but recognisable images can still be achieved at ISO 25600.

The new 26.2-megapixel sensor resolves a finer level of detail than its predecessor, with a maximum of 3400l/ph being recorded at ISO 100. Detail remains high when the sensitivity is increased to ISO 1600 and ISO 3200, with an impressive 3000l/ph being resolved right up to ISO 6400.

Fine detail does eventually start to deteriorate as noise becomes more prevalent, but our results verify that it’s capable of resolving 2600l/ph up to its native sensitivity ceiling of ISO 40,000. Users will want to avoid the camera’s H1 (ISO 51200) and H2 (ISO 102400) settings. Here, the level of detail recorded drops off to 2400l/ph and 2200l/ph respectively.

Canon EOS 6D Mark II, raw, ISO 50. Multiply the number below the line by 200 for the resolution in lines/picture height

Canon EOS 6D Mark II, raw, ISO 3200. Multiply the number below the line by 200 for the resolution in lines/picture height

Canon EOS 6D Mark II, raw, ISO 25600. Multiply the number below the line by 200 for the resolution in lines/picture height

Canon EOS 6D Mark II, raw, ISO 102400. Multiply the number below the line by 200 for the resolution in lines/picture height

While some may have expected a slightly higher dynamic range figure at low sensitivities, I found there’s sufficient leverage when it comes to returning detail to dark, shadowed regions in real-world use as depicted in some of the sample images that support this review. 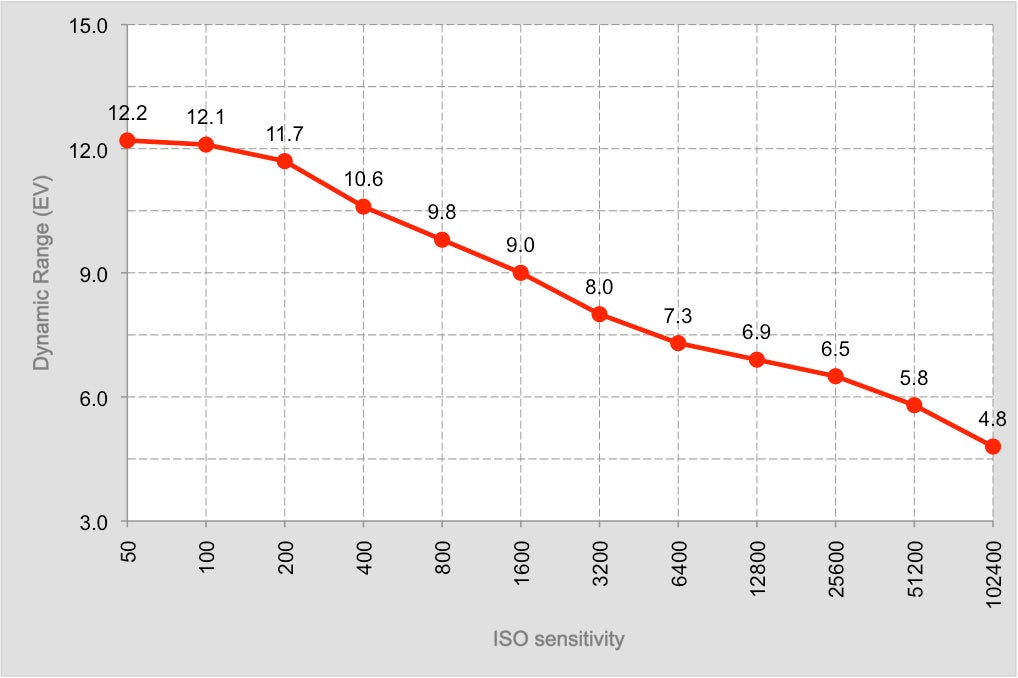 The camera puts in a strong performance when it comes to handling noise. Images are free of noise at low ISO settings up to ISO 800, and it’s only at ISO 1600 that you really start noticing luminance noise creeping into dark shadowed areas.

Pushing the sensitivity a stop or two higher does pronounce luminance noise, but not to the point that ISO 3200 or ISO 6400 shouldn’t be used when you need to. Apply some vigilant noise reduction to images taken at ISO 6400 and you’ll be able to create some very usable results.

I’d have little reluctance setting ISO 6400 as the maximum when working in Auto ISO. Pushing up to ISO 12800 isn’t out of the question, but colours start to get a little muted at ISO 25600. As the square crops clearly illustrate, ISO 51200 and ISO 102400 should be steered well clear of unless there’s no other option. 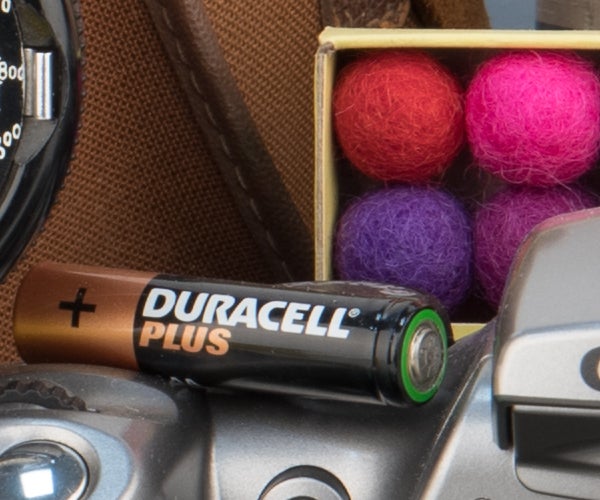 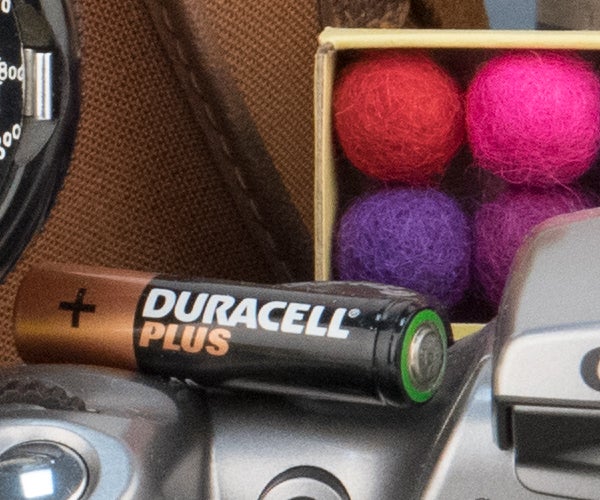 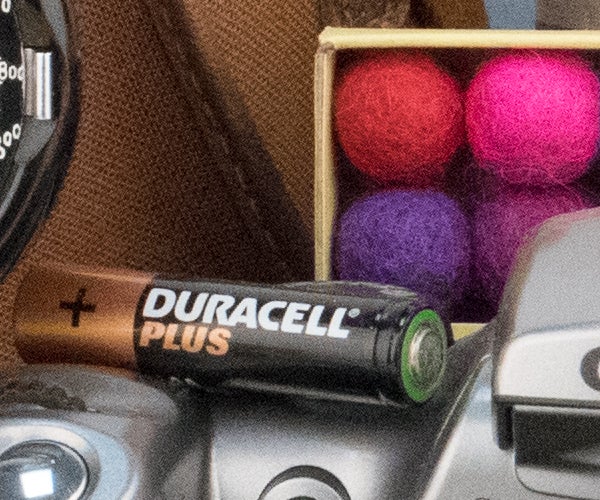 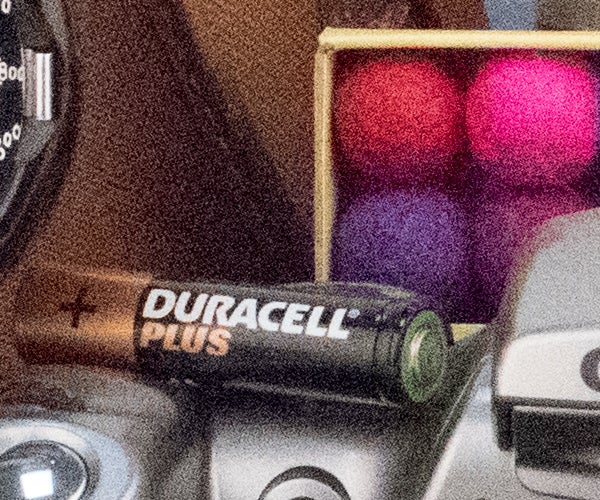 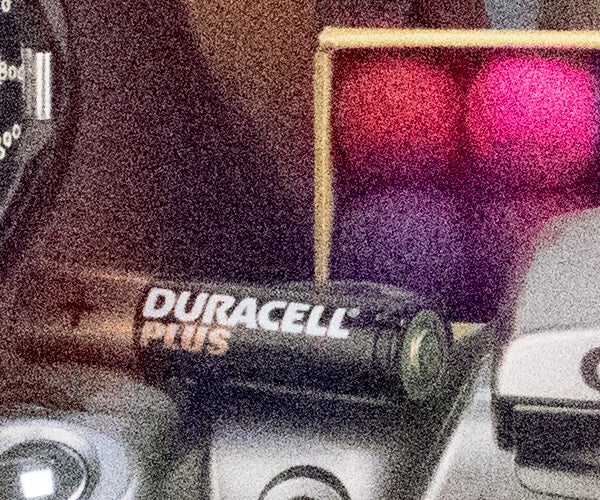 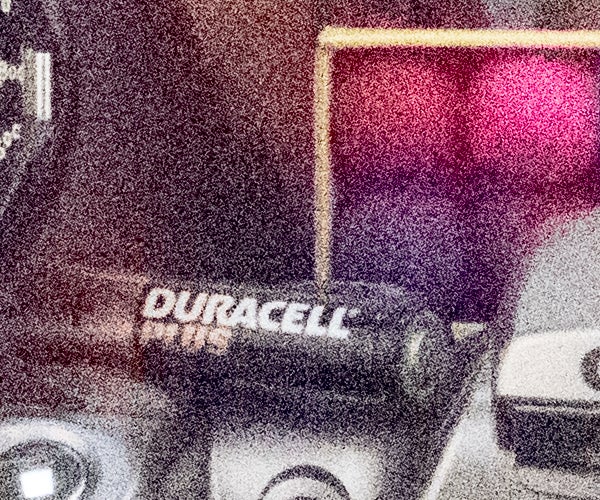 Should I buy the Canon EOS 6D Mark II?

The EOS 6D Mark II is a stepping stone for existing Canon users to get into full-frame photography and is a viable alternative to the more advanced EOS 5D Mark IV, albeit at a higher price than you’d pay for either the Sony Alpha 7 II or Nikon D750.

Those thinking about a move away from a Canon APS-C DSLR will need to factor in that it isn’t just the body that will cost – the extra expense of upgrading a few EF-S lenses to a new collection of EF lenses could well see the final price soar to over £3000.

As a versatile all-rounder, it puts in a respectable performance. Its snappy AF speed in Live View, sensational vari-angle touchscreen and wireless connectivity options are likely to gain interest from older EOS 5D-series users who fancy an up-to-date body, or perhaps a backup body, in a smaller form factor. When size and weight are critical– when you’re travelling, for example – I discovered that the EOS 6D Mark II really comes into its own. 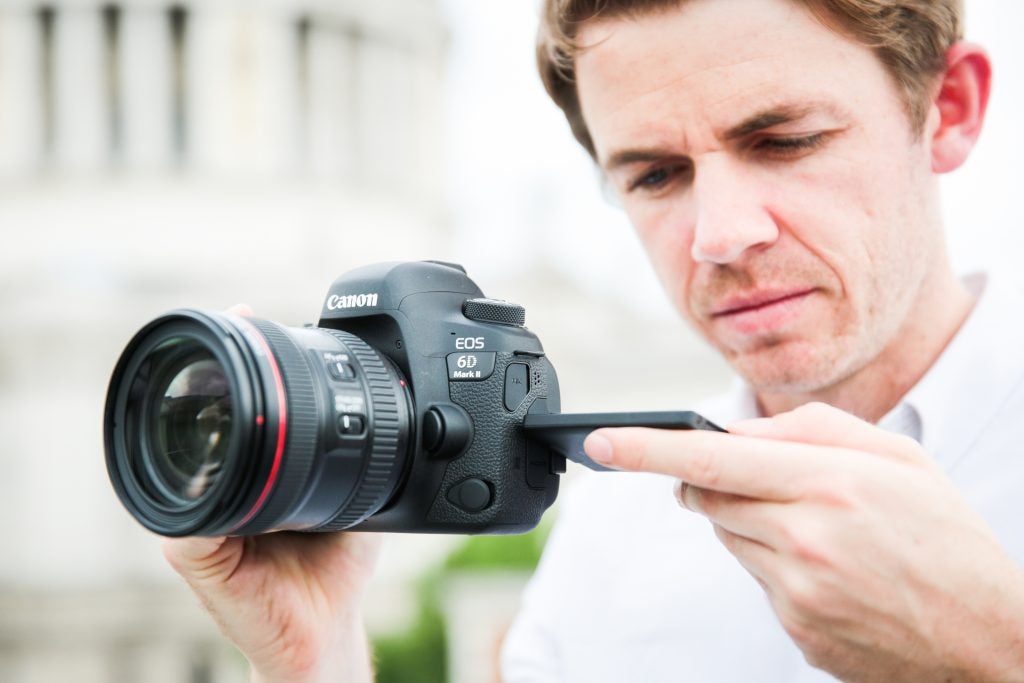 There are a few cons, however. The AF system has improved in terms of the number of points it offers, with no fewer than 27 that can focus down to f/8, but all the points are tightly grouped and don’t span particularly widely across the frame.

In addition, it isn’t as fast or as intuitive to reposition the AF points as it is on an 5D-series model that benefits from a thumb-operated AF toggle. Its lack of dual-card slots, 4K video and dedicated exposure compensation button are other reasons that some may bypass the EOS 6D Mark II and opt for the highly regarded 5D Mark IV instead.

Anyone contemplating the EOS 6D Mark II will want to consider the compromises mentioned above and question what features are absolutely essential. If a vari-angle touchscreen is fundamental to your way of working, and you feel you could benefit from shedding a few extra grams off your shoulder, it makes a strong case for itself.

Making an appealing EOS 6D-series camera that doesn’t cannibalise the sales of its EOS 5D-series has always been a challenge for Canon, and while I feel it could have been future-proofed slightly better by adding a second SD card slot and 4K video, it has an advanced enough feature set to satisfy the majority of enthusiasts who feel they’re ready to buy into their first full-frame camera.

A notable improvement on the original EOS 6D, but it lacks a few features you’d expect at that £1999.99 (body only) price.