What is the Cambridge Audio Azur 752BD?

A word of warning though – this is not a Blu-ray player for budget buyers. With a price tag close to £800 it’s a pretty big investment, albeit one AV enthusiasts will crave.

One thing’s for sure – Cambridge Audio certainly hasn’t allowed any dip in build quality. The Cambridge Audio Azur 752BD is a stunningly constructed player, encased in robust metal bodywork with a thick brushed aluminium faceplate and acoustically damped chassis – all primed to prevent resonance from affecting AV performance. Everything about it oozes quality, from the firm buttons on the front to the chunky cushioned pads on the bottom. It’s not slim, but players of this pedigree rarely are. 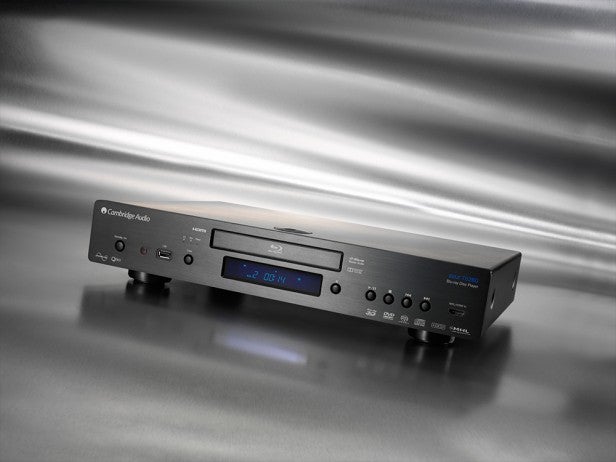 It’s a serious looking player, styled in a sombre but attractive dark grey finish, with curved corners softening the look slightly. The front panel is fairly busy, packed with buttons and sockets, but they’re tidily arranged and blend in with the grey finish. There are buttons for playback and for toggling through the filter modes (more on those later), as well as a small but bright blue LED panel (which is dimmable). Above this is the disc tray, which slides forth with a smooth, solid action.

Also on the front panel is an HDMI input, which is highly unusual for a Blu-ray player. It lets you connect a smartphone or camcorder that supports Mobile High-Definition Link (MHL) and play hi-def video on your TV (charging the device while you do it) – the Samsung Galaxy S4 and HTC One both support MHL via adapters.

But it’s not limited to MHL gear – you can rig up any HDMI-equipped device. It’s joined on the front panel by a USB port for media playback from storage devices. Both sockets are protected by rubber dust caps, more evidence of the deck’s meticulous build quality.

On the rear panel, the socket line-up is aimed at those with more complex requirements. For example, there are not one but two HDMI outputs, allowing you to connect the Azur 752BD to two separate displays at once – a TV and projector, for example. Both are 3D and Audio Return Channel compatible, but only the primary output (HDMI 1) benefits from the on-board Marvell QDEO video processor.

Dual HDMIs is also good news for people whose AV receivers don’t support 3D. You can feed 3D pictures to your TV using HDMI 1 and use the second output to send HD audio signals to a receiver.

Elsewhere is another HDMI input for passing HD sources through the player (this one doesn’t support MHL). This could be a benefit if you have limited HDMI inputs on your TV or projector and want to feed two devices into a single socket.

With so many digital audio and HDMI inputs on board (something we’ve never seen before on a Blu-ray player), the Cambridge Audio Azur 752BD can actually be used as an AV hub, allowing other devices to take advantage of its high-quality upscaling and upsampling. Great stuff. 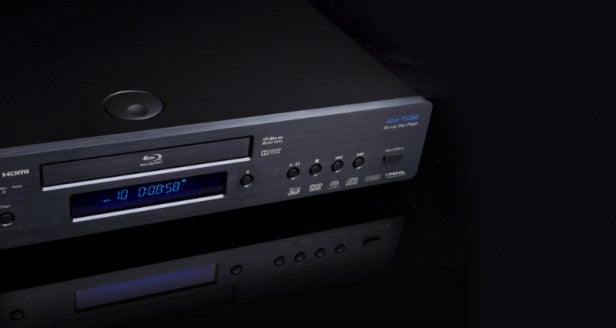 On the audio side there are optical and coaxial inputs and outputs, a set of 7.1-channel analogue outputs for those who prefer their player to do the decoding and a separate set of analogue stereo outputs for two-channel setups. With the audio electronics this has under the bonnet, coupled with its support for DVD-A and SACD, the Cambridge Audio Azur 752BD is looking like a formidable music source.

Two USB ports provide more outlets for digital media playback, but one of them is intended to accommodate the supplied Wi-Fi dongle. This enables you to stream files over your home network and access a modest selection of internet content wirelessly. Provided with the dongle in the box is an extension cable, which lets you place the dongle in a more convenient spot to get a stronger Wi-Fi signal. Having built-in Wi-Fi would be a bit neater but it’s no great hardship to rig up. An Ethernet port is also provided.

Completing the line-up are RS-232 and IR emitter port for custom install/multi-room use and a ‘diagnostic’ composite video output for use if the HDMI fails and you need to check what’s wrong.

Next
Features and Operation Review