Traditionally, high-end players from audio brands like Cambridge Audio shy away from the fancy features you get from mainstream brands like Samsung and Sony. And sure enough there are no flashy internet portals, on-demand movies or catch-up TV. 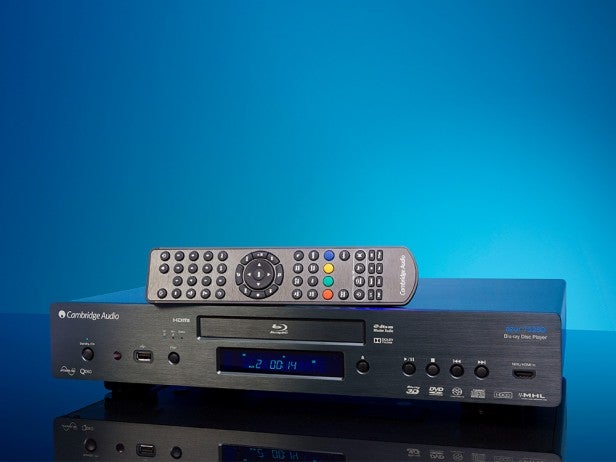 But there’s more on offer than you might expect, such as access to YouTube and Picasa, and the ability to stream videos, music and movies from DLNA/uPnP servers and NAS drives on your home network. It will also play files ‘pushed’ to it by a digital media controller (a smartphone for example).

But the 752BD’s main party trick is its extensive format support. On the disc side, it supports 2D and 3D Blu-ray, DVD, DVD-Audio, SACD, CD, HDCD plus any type of recordable DVD and CD. 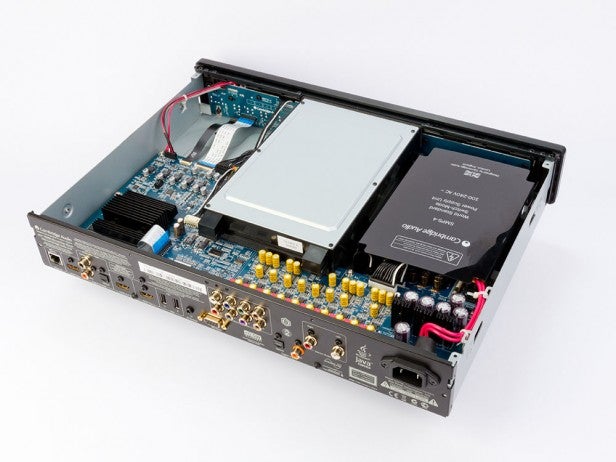 The deck’s other big selling point is the array of high-quality components under the bonnet. These include Marvell’s QDEO video processor, which upscales SD to full HD, converts 2D pictures to 3D and even upscales signals to 4K – a feature that’s growing in significance as our 4K future edges ever closer. 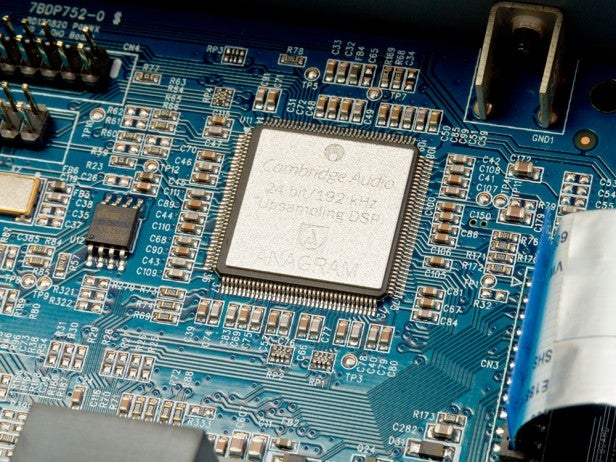 On the audio side you’ll find separate Wolfson WM8740 DACs on each of the five channels, while an Analog Devices SHARC DSP running Anagram’s Q5 technology upsamples all internally decoded audio to 24-bit/192kHz, as well as performing jitter suppression and anti-alias filtering for audio playback. For the latter, there are three settings – Linear Phase, Minimum Phase and Steep, each one subtly optimising the sound in different ways. These can be selected using the button on the front panel or the remote.

The Cambridge Audio Azur 752BD is incredibly simple to use thanks to its attractive onscreen menus and luxurious remote handset. Starting with the onscreen stuff, your starting point is the simple yet eye-catching Home menu, which uses a row of coloured icons against a black background.

These icons include Music, Movie, Photo (playback from USB or disc), Network and Setup. Below them are icons for YouTube and Picasa, with a line of dots we assume are for other internet services if and when they’re added.

The media playback menus look decent enough – jazzy fonts, cool colours and lots of information about the file being played. When playing media, a row of options appears along the top that let you display your media in different ways.

The Setup menu is ridiculously thorough. It’s the same as our OPPO BDP-831 player, which is no bad thing as it helpfully lets you access it during movie playback. It covers every facet of the player’s performance, including 3D settings, network options and audio output, but the two most significant sections are picture adjustment and audio processing.

The former lets you optimise the image for each HDMI output, offering a choice of brightness, contrast, hue, saturation, sharpness, noise reduction, colour and contrast enhancement. These settings can be saved in three memory presets. The inclusion of QDEO on the primary HDMI output only means that colour and contrast enhancement are missing on HDMI 2’s tweaks. We like the fact that you can tweak the picture as you’re watching a movie.

The audio processing menu lets you control the behaviour of the 7.1-channel analogue outputs. The Speaker Configuration menu lets you set the size, distance and level for each channel, with a handy test tone to check the results. The menu is presented with crisp HD graphics showing the layout of the speakers. You can also set the bass crossover frequency and activate different DTS Neo:6 modes.

An Options menu can be accessed during playback. It pops up at the bottom of the screen and lets you access the picture adjustment menu, subtitle shift, zoom and angle. You can also toggle through inputs, select resolution or 3D mode using small dialogue boxes containing crisp white text. We love this clear, sophisticated approach to onscreen menu design – easy on the eye without going over the top. 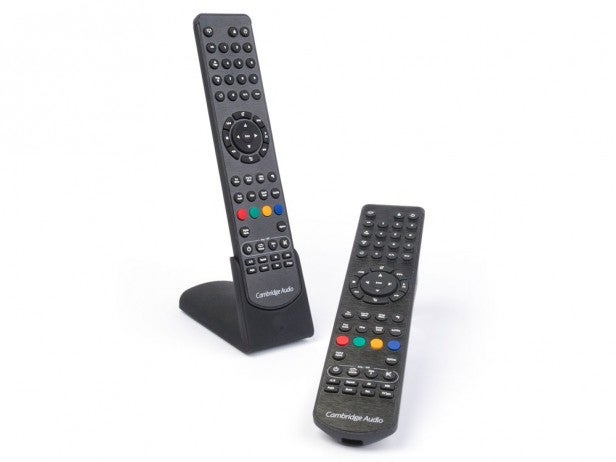 Finally a word on the remote, which is quite possibly one of the swankiest we’ve encountered. Not just because of its tactile rubber-textured back-end, which feels pleasant in the hand, nor the gorgeous brushed black finish on top. We’re more impressed by the little stand that comes in the box, which allows you to prop it upright for no particular reason at all. 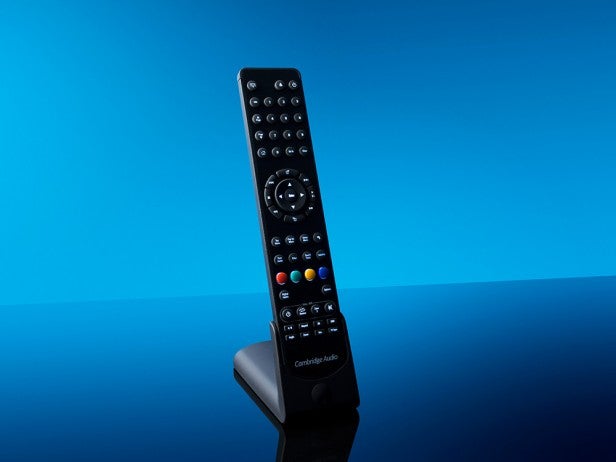 Away from that, its buttons are spacious and well labelled, while the built-in backlight lets you easily navigate in the dark. The only downer is the combined direction pad and playback keys in the middle, which seem a bit cluttered.