Call of Duty: Modern Warfare 2 Remastered is a welcome return for what many consider to be the franchises' finest honest hour. It builds upon the bombastic campaign with luscious new graphics and a selection of small changes that help make it more appealing than ever.

Infinity Ward is rather unbeatable when it comes to tense, action-packed solo campaigns. It hurled the players into explosive situations with surprises situated around every conceivable corner.

The original Modern Warfare still sits comfortably on this throne, accompanied by its 2009 sequel which upped the ante in every conceivable way. Sure, it abandoned the semi-realistic narrative roots for something completely nonsensical but maintained the characters, tone and pace that made it so beloved in the first place.

Now, it returns in an unexpected remaster that shows the wonderfully brief campaign hasn’t aged a day. Visual enhancements only serve to improve an already fantastic package, even if its a shame the full multiplayer experience is missing.

Modern Warfare 2: Campaign Remastered is a brilliant revival of one of the medium’s finest shooter campaigns, ensuring it steps onto current hardware looking better than ever. Its over-the-top nature won’t be for everyone, but this is a rollercoaster ride worth taking for newcomers and veterans alike. 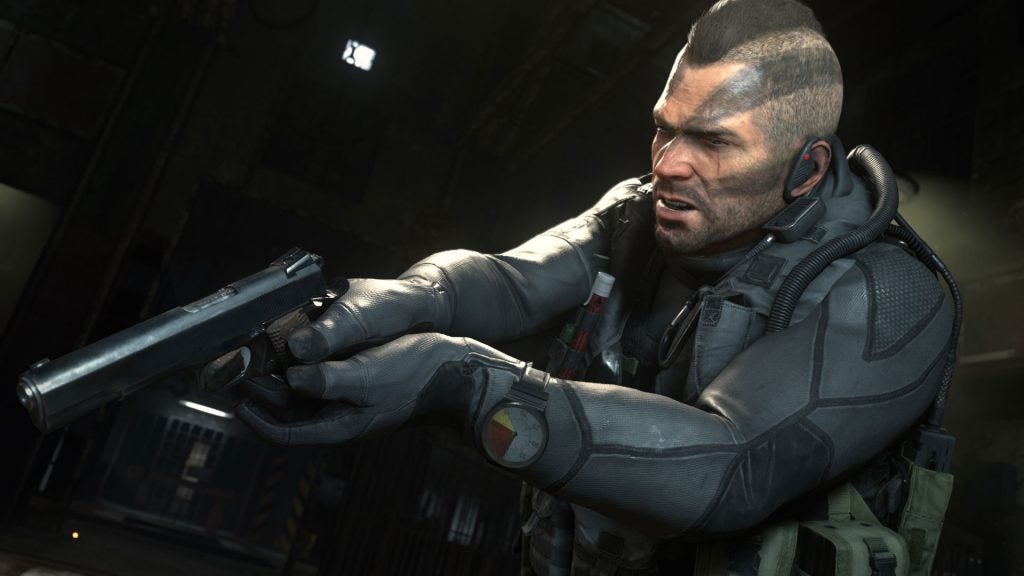 The premise of Call of Duty: Modern Warfare 2 is simple. After he died in the last game, Imran Zakhaev is hailed as a martyr in his homeland of Russia. This fervour gives birth to a new wave of ultranationalists in the country, a breed of fascists hellbent on taking revenge for their predecessors and bringing the western world to its knees.

After gunning down hundreds of civilians in a Russian Airport and blaming it on America, an evil mastermind known as Viktor Makarov incites a new World War as Russia invades the United States and brings the entire world into an unprecedented conflict. It’s incredibly unrealistic but is told with such conviction that you can’t help but be swept up in such ridiculous events. It’s thrilling, filled with just enough twists and turns to keep you guessing.

Iconic characters such as Soap Mactavish, Captain Price and the always elusive Ghost (it isn’t Gaz, despite sharing the same voice actor) return. They’re a strong, ultra-masculine cast of personalities that do an excellent job carrying the story despite its brevity. It’s also fascinating to return to Infinity Ward’s original interpretation of these characters before the 2019 reboot, both of which have their laundry list of positives.

The campaign is played from multiple perspectives as you hop between Task Force 141 as Gary “Roach” Sanderson” and U.S. Army Rangers as James Ramirez. Roach works behind the scenes thwarting major aspects of the enemy’s plan which Ramirez fights on the frontlines, defending America from a seemingly unstoppable threat. It’s a compelling dynamic that ensures each mission is awash with unexpected variety. 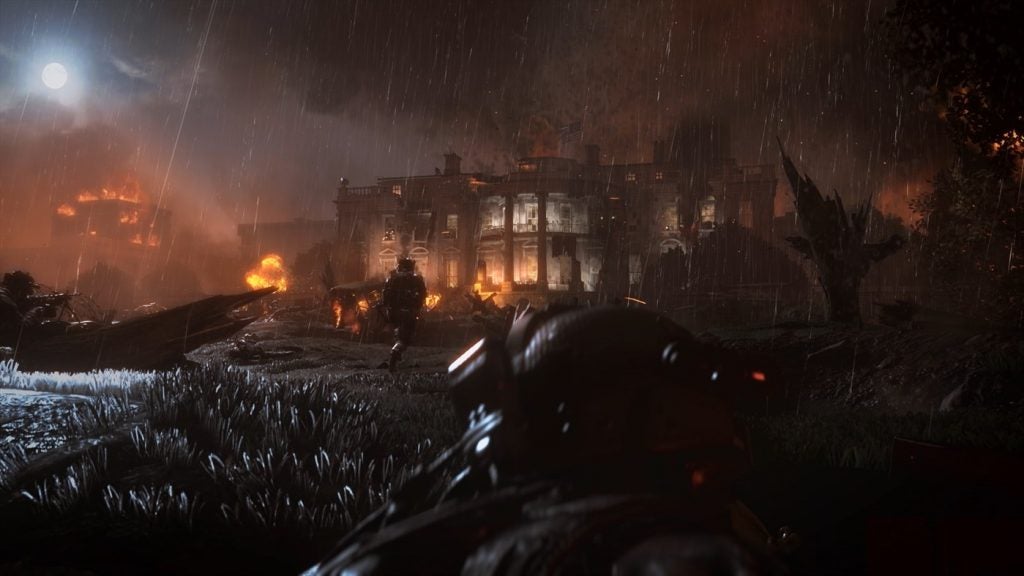 One mission might have you sneaking into an oil rig to rescue hostages and thwart a bombing while the next will follow Ramirez as he fights in the shadow of the White House, hiding in makeshift trenches from bombardments of artillery. It’s all unashamedly stupid in its excess, but so beautifully executed with a neverending sequence of set-pieces accompanying the moment-to-moment action.

If you’re a returning player, the campaign is exactly as you remember – no need to panic over any sudden changes being made to your favourite levels. If anything, they’ve only been enhanced by the stellar remaster effort on display here. Taking the approach as 2016’s Modern Warfare Remastered, the second instalment maintains many of the original’s foundations while simply building upon them with new animations, visual flourishes and other small touches.

Character models are gorgeous, supporting an element of photorealism not found in the original. Dialogue is synced to lips perfectly while animations feel far more distinct and lifelike in the heat of action. Further animations have been implemented to certain moments such as placing explosions or mantling over surfaces, making the player feel more involved in whatever actions they’re performing. Once again, small alterations make a world of difference.

One of my favourite additions is the extensive depth of field effects. If you’re focusing on a target, they’ll become the focus as the remainder of your surroundings blur in the background. It’s a neat, dynamic inclusion that makes picking out targets amid chaos far easier, and looks gorgeous to boot. Enhanced motion blur implementation and particle effects also make the most intense moments far more memorable, especially when playing on PS4 Pro.

Related: How to use Twitch 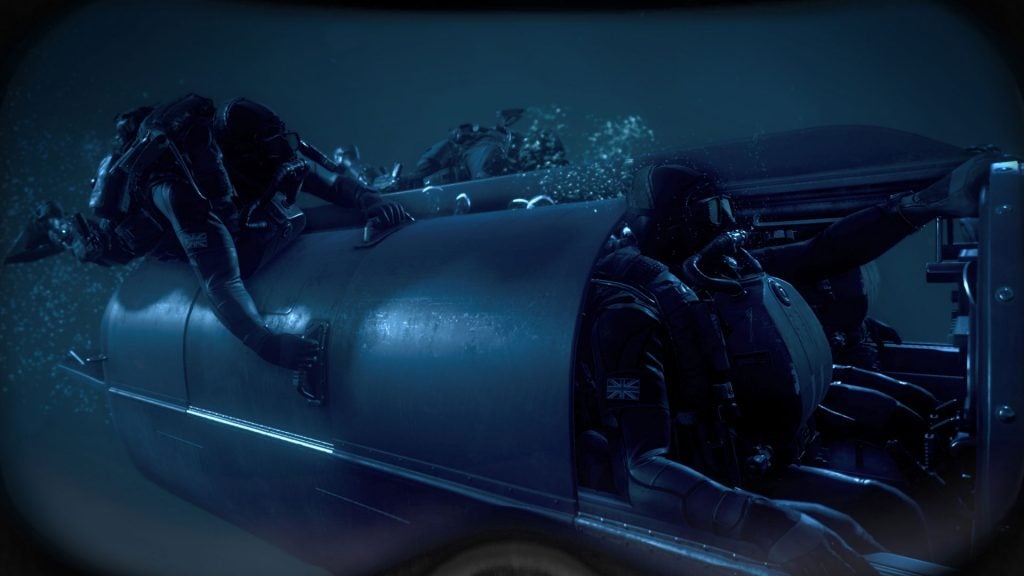 Given its mediocre presence in last year’s Modern Warfare, it would have been nice to see Call of Duty: Modern Warfare 2’s Special Ops mode including in this remaster. It’s a spectacular co-op outing that saw you and some friends face an increasingly challenging range of levels which might’ve involved planting bombs, securing objectives or holding off endless waves of enemies. Sadly, it’s nowhere to be seen. The majority of it utilises environments from the campaign, which makes its absence even stranger.

Call of Duty: Modern Warfare 2 Campaign Remastered is a welcome return for what many consider to be the franchises’ finest honest hour. It builds upon the bombastic campaign with luscious new graphics and a selection of small changes that help make it more appealing than ever.

The lack of multiplayer is a shame given how much I adored it back in the day, but knowing that Infinity Ward plans to implement maps and other elements of Modern Warfare 2 into the 2019 iteration is still an enticing prospect. If you’re after an action blockbuster in gaming form, this is essential.