You don’t expect a £200 smartphone to be particularly snappy, and sure enough, the Bush Spira E3X won’t be winning any benchmark face-offs. But it’s perfectly adequate in day-to-day use.

The phone uses MediaTek’s MT6755 SoC, which is a budget octa-core CPU that we’ve already seen in the similarly priced Sony Xperia XA. That wasn’t a particularly great performer, and the benchmarks for the Spira follow suit.

An average multi-core Geekbench score of around 2,827 is just okay. Compare that to the performance of a handset such as the Moto G4 Plus with its similarly pitched Snapdragon 617 CPU, which scored 3,198, and it lags a little.

It’s a better story on 3DMark’s Ice Storm Unlimited, where a result of 10,543 for the Spira E3X compares well to the 9,616 score of the Moto G4 Plus. I found that was borne out in genuine gaming performance, too. 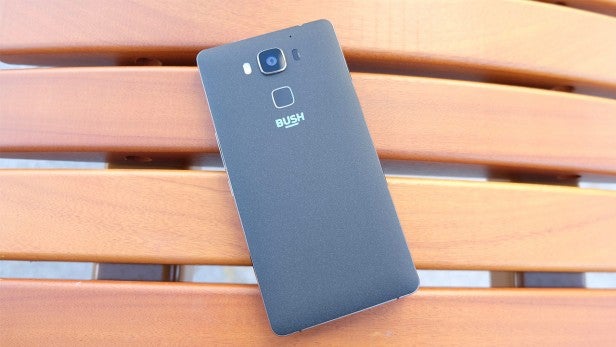 For example, I was quite surprised to see that Dead Trigger 2 automatically selected the “High” graphics settings when I first booted it up – even many mid-rangers will default to “Low”. It was very playable here too, bar a few stutters when things became hectic.

Doubtless the 4GB of available RAM helps with such gaming performance. That’s quite an unusual spec; we’re more used to seeing half the amount of memory at this price point.

Navigating through the Spira E3X’s homescreens and flipping between apps is a relatively smooth experience too. It’s true that switching straight to a more capable Android phone – even a mid-range unit with a heavy custom skin such as the Huawei Nova Plus – shows that the Spira E3X experience is far from buttery. But most buyers won’t be doing that, and they won’t notice any performance shortfall.

The fingerprint unlock also works surprisingly quickly (when it works), and booting up apps doesn’t take too long, either.

Besides the generous RAM allotment, I should also note here that the Bush Spira E3X provides 64GB of internal storage. That’s pretty much unprecedented in a phone of this price – and you can further expand it thanks to microSD support.

Here’s another considerable plus for the Bush Spira E3X: it’s built around a stock version of Android. And not just any Android, either, but Android 6.0 Marshmallow.

This is an extremely slick, efficient mobile OS that remains a cut above any of the custom UIs that the vast majority of Android manufacturers insist upon.

Okay, so Google has technically released Android 7.0 Nutella now, but you won’t find it on any non-Nexus smartphones (in an official capacity) just yet, so we won’t hold that against Bush/Archos/Argos.

Despite that Argos connection, the Spira E3X is mercifully free of bloatware. The only extra software that I can see is two Argos apps, and you’re given the choice of installing those or not during the setup process.

I did spot one unusual quirk, though. The default Gmail app icon jumps you straight into a new email, which is both curious and unhelpful. Sure enough, dragging the identical-looking Gmail app from the app tray restores the natural order of things – once you’ve removed that strange duplicate app icon.

Otherwise, this is pretty much Android 6.0 Marshmallow as it was originally intended. If only some of the more illustrious Android manufacturers out there would follow the Bush lead.