Mono laser printers start at under £100 and the entry-level model in Brother’s range is the HL-2130, which can be had for only a tad more than £80. For this, you get a basic, but very serviceable personal laser for the home or small office.

This is a very discreet little printer, in a light grey casing. Basically cuboid, it has large radius vertical corners front and rear, which give it a modern, if slightly busy look. The top surface has a heavily indented output tray, complete with fold-out paper stop at the front and a secondary flip-over tab further back, the only apparent function of which is to lift the output paper stack for easier handling. 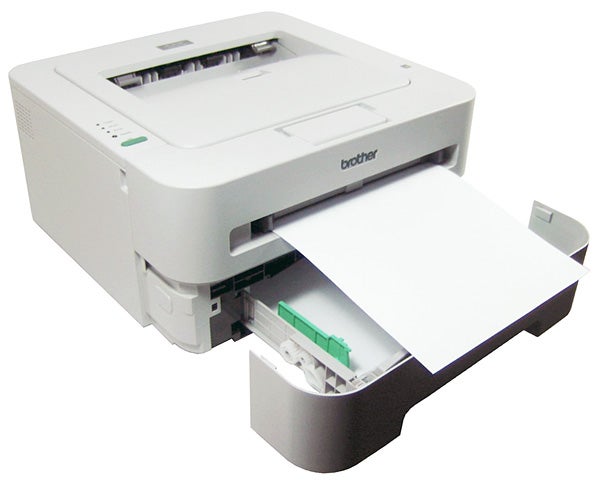 To the left of the output tray is a simple control panel, comprising four LEDs for toner, drum and other errors, a Ready light and a button marked Go, the main function of which appears to be printing a demo page.

The main paper tray can take up to 250 sheets, which is a healthy provision in a small machine like this, but there’s also a single-sheet feed slot for special media just above, where you can feed envelopes and odd paper sizes. At the back is a single USB socket, the only data connection on the printer. 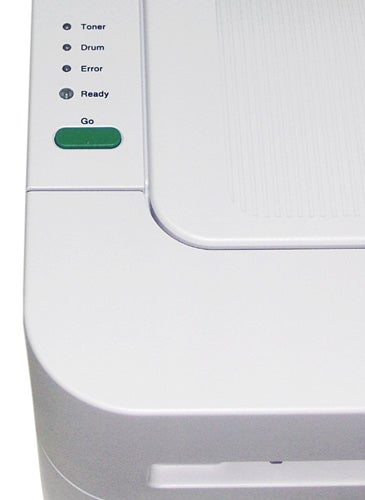 There’s not much software supplied with the HL-2130, but Graphics Device Interface (GDI) drivers are provided for Windows and OS X. Although there are still no Linux drivers on the supplied CD, there is at least an option in the setup menu that takes you straight to Brother’s support pages, where you can download the appropriate driver.

We think it’s about time Linux drivers were included on software driver disks from all printer makers. Although there are many Linux distributions, a surprising number use common drivers and including them on the support disk would make installation simpler and customers using Linux feel less like poor relations.

Brother rates the HL-2130 at up to 20ppm and that’s not far off the mark. Much of this good performance is due to the comparatively short time it takes the printer to start printing. There’s very little pre-processing, perhaps due to an efficient GDI driver, so overall print times, even on shorter documents, are quite quick. 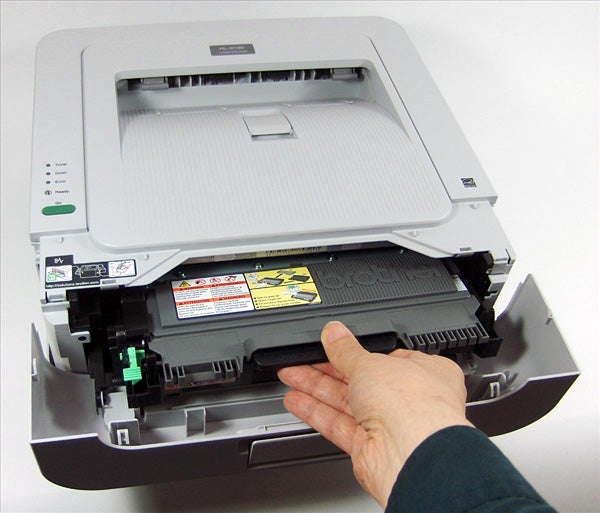 Our 5-page text document completed in 23s, giving a speed of 13ppm, but this increased to 17.4ppm on the 20-page test, which is not far off the stated speed. The five-page black text and graphics test was a bit slower than the straight text one, at 11.5ppm. Finally, a 15 x 10cm photo printed on A4 using the printer’s highest quality 600 x 2,400dpi print took 16s.

The prints that come out the of the machine are well formed and densely black. Its standard resolution of 600dpi is enough to produce smoothly rounded characters, quite suitable for business as well as home or student documents. Toner save mode doesn’t reduce the print quality much, so for day-to-day printing you can save money by using it as the default. 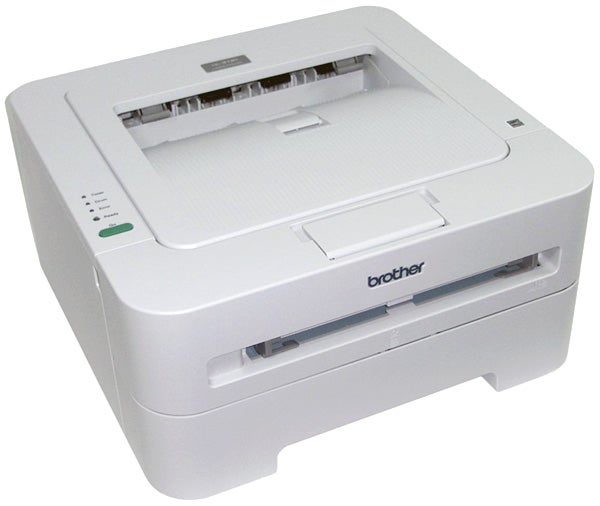 The printer is not so happy with greyscales, though, producing blotchy and banded areas of fill and finding it hard to differentiate between lighter and darker mid-tones. Even when ramping the resolution up to the printer’s top 2,400 x 600dpi for the photo print, these problems are still apparent in areas of steady tone, such as in skies.

Brother uses a two-part drum and toner cartridge, where the drum lasts for up to 12,000 pages, and the toner cartridge needs replacing every 1,000 pages. Using the cheapest sources we could find for each of these consumables gives a cost per ISO page of 4.2p.

This is a well conceived, entry-level mono laser printer for use in a small or home office. It’s quick and quiet and produces good quality print, though it’s not the cheapest of its peers to run. As much at home connected to a Windows, OS X or Linux machine, it pretty much does what it says on the box and at a very reasonable price.