Kyocera Mita is well known for its mono laser printers, which have a good reputation for speed and low TCO. The FS-1320D sits in the middle of its personal printer range, but still offers duplex print and a good level of expandability. 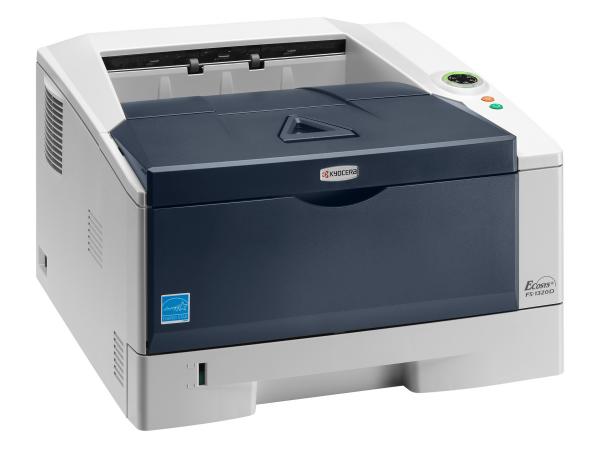 Coloured in cream and dark grey the angular case is relieved by slopes and rises on its top surface and by a circle of six LEDs to the right of the paper output slot. These indicate low toner, low paper, paper jams, ready and data status, and cycle around when the machine is initialising. There are just two control buttons, coloured green and orange, to stop and restart a print job.


At the bottom of the front panel is a 250-sheet paper tray and just above this is a neat, well engineered, 50-sheet multi-purpose tray that folds out to handle special media. You can add two optional paper trays, which Kyocera Mita again rates at 250 sheets. 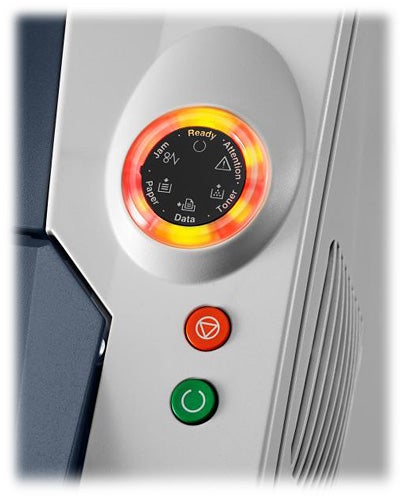 At the back is a single USB socket, as this printer doesn’t offer network capabilities as standard. It’s possible to add a network adapter as an option and this can be standard 10/100 Ethernet, gigabit Ethernet or wireless. You can also add extra memory to the printer, so overall it’s more than usually expandable for a machine in this price bracket.


As is usual with the Kyocera Mita printers, the photoconductor drum is a lifetime component, so all you need to maintain is toner. The single-capacity toner cartridge is rated at a high 7,200 pages and clips into a holder below the front panel in a few seconds. 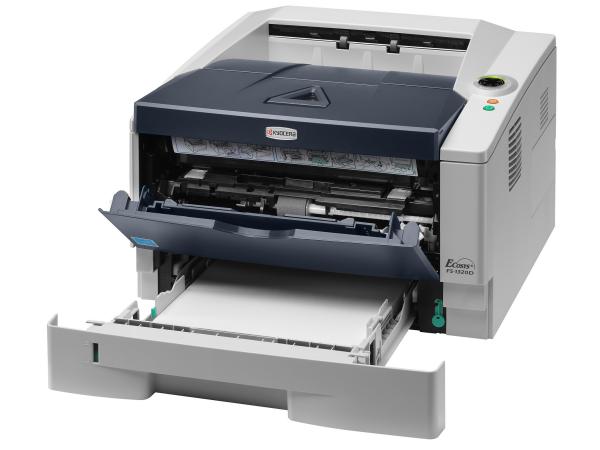 The load cycle for toner takes around 15 minutes but, after that, there’s nothing to attend to until the next toner recharge. As with most printers, Kyocera Mita provides a starter cartridge in the box, but even this is good for 2,300 pages.


Drivers are provided for Windows and OS X and are also available for various incarnations of both Linux and UNIX. Kyocera Mita sells mainly into businesses, so maintains wide compatibility with different platforms. The FS-1320D includes emulations of both PCL6 and PostScript L3 as standard.

This printer, like its slightly more expensive sibling, the FS-1370DN is rated at 35ppm. We saw rather different speeds when testing the FS-1320D and neither approached the rated speed, even printing in draft mode. This is mainly because the ISO standard enables manufacturers to exclude any processing or start-up time and in the case of this Kyocera Mita printer, this can be 15 to 20 seconds per job. 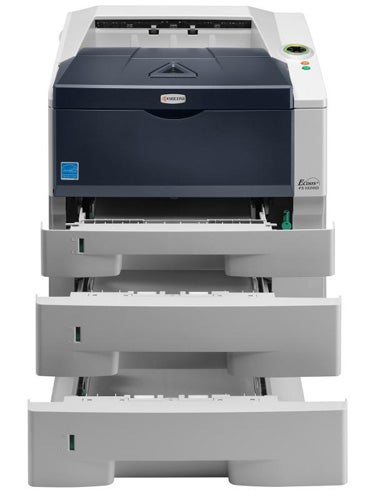 Our five-page black text print took 23 seconds, which is a mere 13ppm. Selecting draft print mode actually increased the time taken to complete the job by a couple of seconds, though this is nearly all down to the comparatively long start-up time.


Increasing the page run to 20 pages nearly doubled the print speed to 25ppm, which is a very worthwhile speed for a printer costing well under £200, but is still nowhere near the 35ppm on the spec sheet.


The printer is capable of duplex print straight out of the box and our 20-page document printed on 10 sheets took 1min 31secs, a speed of 13.2 sides per minute. This is a good result and means you can set the printer to default to duplex print without losing overall performance. 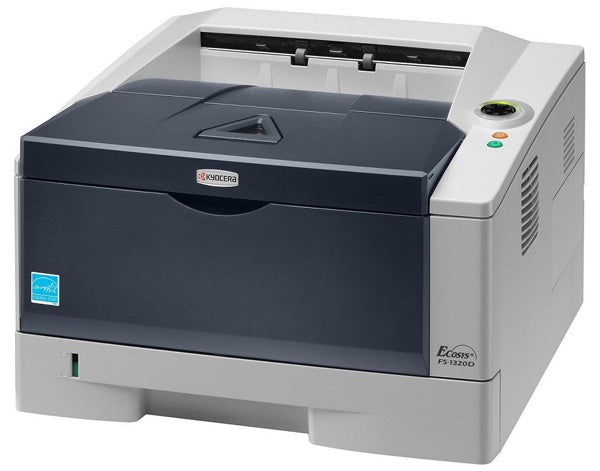 Printed output is excellent on text, where characters aren’t overemphasised but are still dense and clean. Draft mode text is quite a bit lighter and shows an effect where the leading edges of characters are given more emphasis than the rest of them. The effect is not unpleasant, though, and draft mode should be acceptable for internal documents.


Greyscale print is a little light and large areas of grey are slightly patchy, but this is only slightly more noticeable than from rival machines. Using the top resolution 1,200dpi print to reproduce a photo gave good definition, but increased contrast, so dark areas of the image tended to black thereby losing some detail.


Like all Kyocera Mita machines, running costs on the FS-1320D are just toner and with the 7,200-page cartridge available for under £90, a cost-per-page comes out at 2.1p, including 0.7p for paper. This is between 25 per cent and 50 per cent lower than most other mono laser machines we’ve tested in the last year.


The FS-1320D emphasises the selling point that Kyocera Mita has been using for many years: good, robust laser printers with very low running costs. While greyscale print quality isn’t quite as good as from some of its competitors and print speeds are certainly a little ambitious, the printer is fast enough for general use, offers very low maintenance and is surprisingly expandable. It will therefore still be a worthwhile investment when your business has grown.