What is the Bose SoundLink Revolve+?

Bose has been bossing the portable Bluetooth speaker market for a while now. The original SoundLink Mini was deservedly a big seller, and the SoundLink Mini II continued that success. But everyone is boasting about 360-degree sound these days, and Bose has clearly been wanting to get in on that omnidirectional-audio act.

The result, then, is not one but a pair of new portable speakers: the SoundLink Revolve and SoundLink Revolve+. Both share an almost identical set of features, but with the Revolve+ being bigger, louder and having longer battery life.

It’s no surprise to find that Bose has done a decent job with the styling. A perforated aluminium enclosure wraps seamlessly around the speaker and tapers towards the top. There’s a choice of two finishes: Luxe Silver and Triple Black.

Apart from its larger size, the only design difference between the Revolve and Revolve+ is a ribbed carry handle that makes it easy to cart around the house. 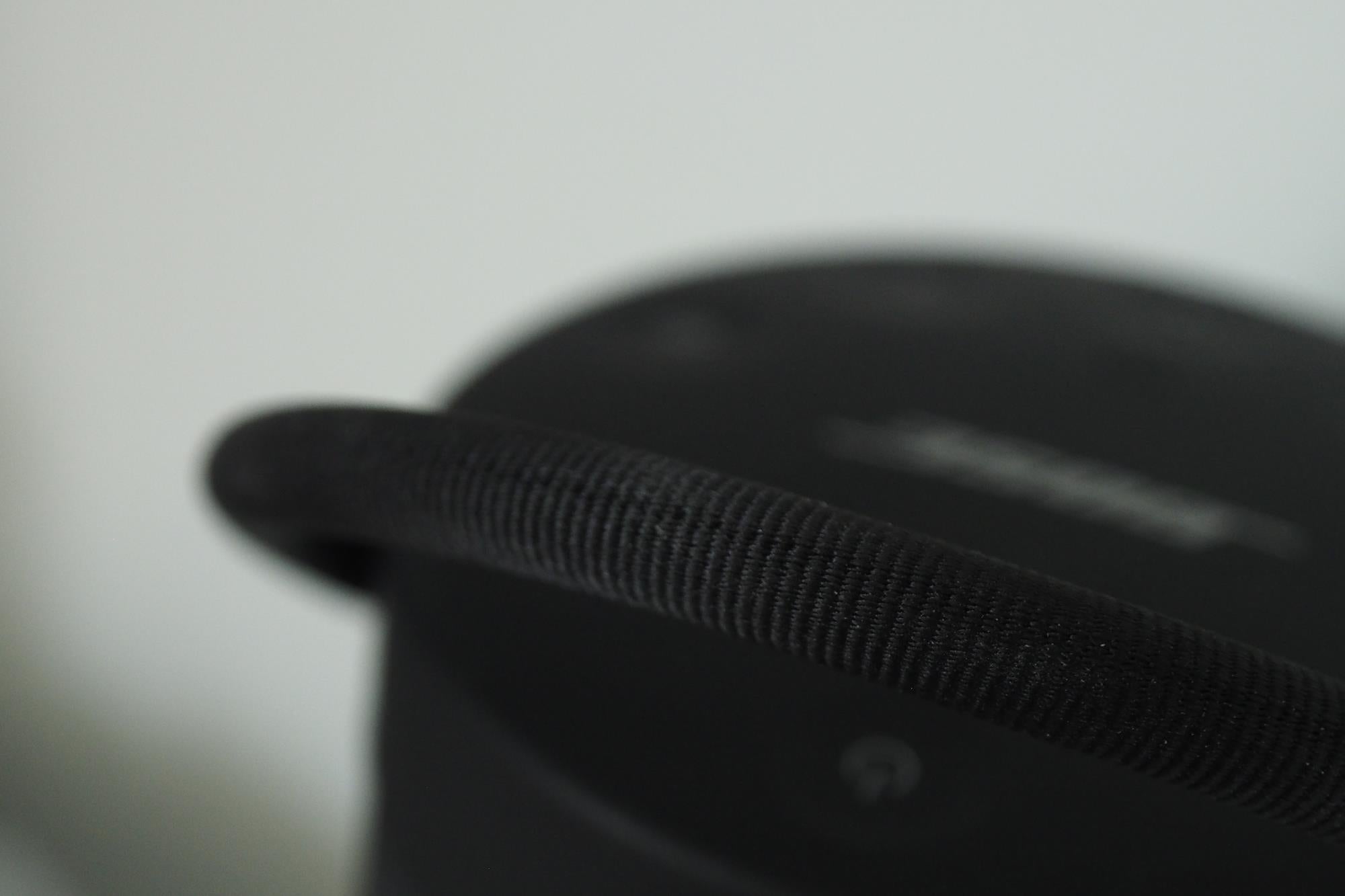 The rounded bottom and top are both rubber, with the top having buttons moulded into it for on/off, Bluetooth, volume up, volume down, aux input and a multi-function control. The latter can be used for play/pause or held down to connect with Siri or Google Assistant – the Revolve+ has a microphone.

The rubber isn’t just for show, either: it helps the Revolve+ attain an IPX4 water-resistance rating. 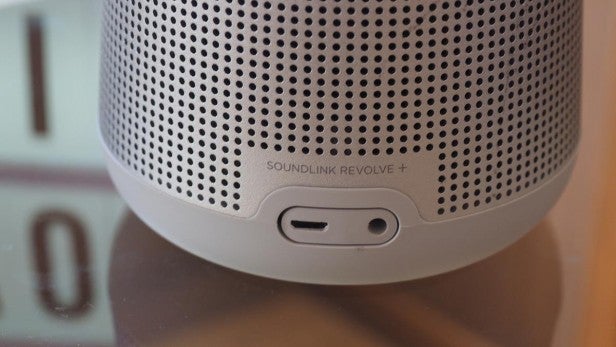 Around the back – if there is such a thing on a 360-degree speaker – there’s a 3.5mm aux input and a Micro USB port for charging. An optional charging dock is also available for £24.95. Battery life is claimed to be around 16 hours. 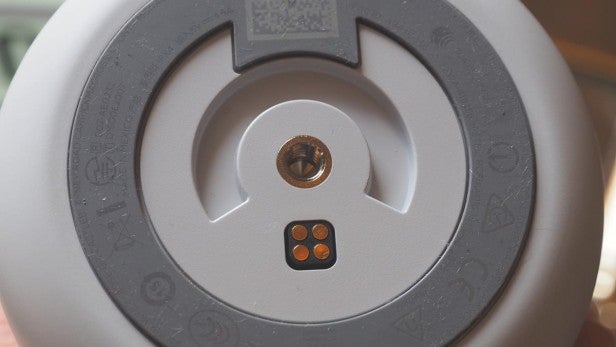 Unusually, underneath the speaker is a standard tripod thread, so you can pop your Revolve+ off the ground, or maybe even attach it to a Gorillapod wrapped around a fence post.

Internally, the Revolve+ has a pair of opposing passive bass radiators, and a single transducer firing downwards into a dispersal plate with a pressure trap to reduce distortion. In theory, this should result in omnidirectional audio – no sweet spots and dead spots as you walk around the speaker.

Bose didn’t confirm whether or not the Revolve+ actually uses a larger driver than the Revolve, but it seems likely.

The Revolve+ has Bose’s usual vocal prompts, telling you when it’s connected or can’t find a device to pair with, via a female American voice. You can mute her if you find it a bit jarring, though. 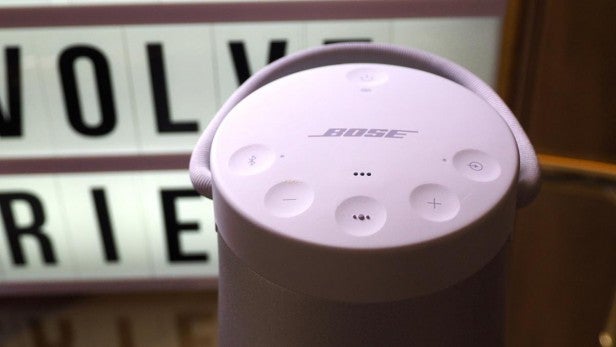 Each speaker has memory for pairing with eight devices, which can be cycled through without having to go through the Bluetooth pairing procedure each time. You can also stereo-pair two Revolve+ or set them in a multiroom party mode, all playing the same music.

The sound from the Revolve+ speakers is certainly detailed and also expansive, with a sweet treble and upper mid-range. The top end is maybe a little on the harsh side at times, though. The bass is healthily full – and can be reinforced a little by sitting the Revolve+ closer to a wall.

The 360-degree sound is really impressive, without any very noticeable dead spots as you walk around the room – certainly not to the extent that you get with most 360 speakers.

The SoundLink Revolve+ definitely sounds bigger and goes louder than the smaller Revolve, as you’d expect, but these are two peas from the same pod and have very similar sonic signatures.

The impressive battery claims proved justified, with 16 hours being attainable if the volume isn’t pushed too hard. 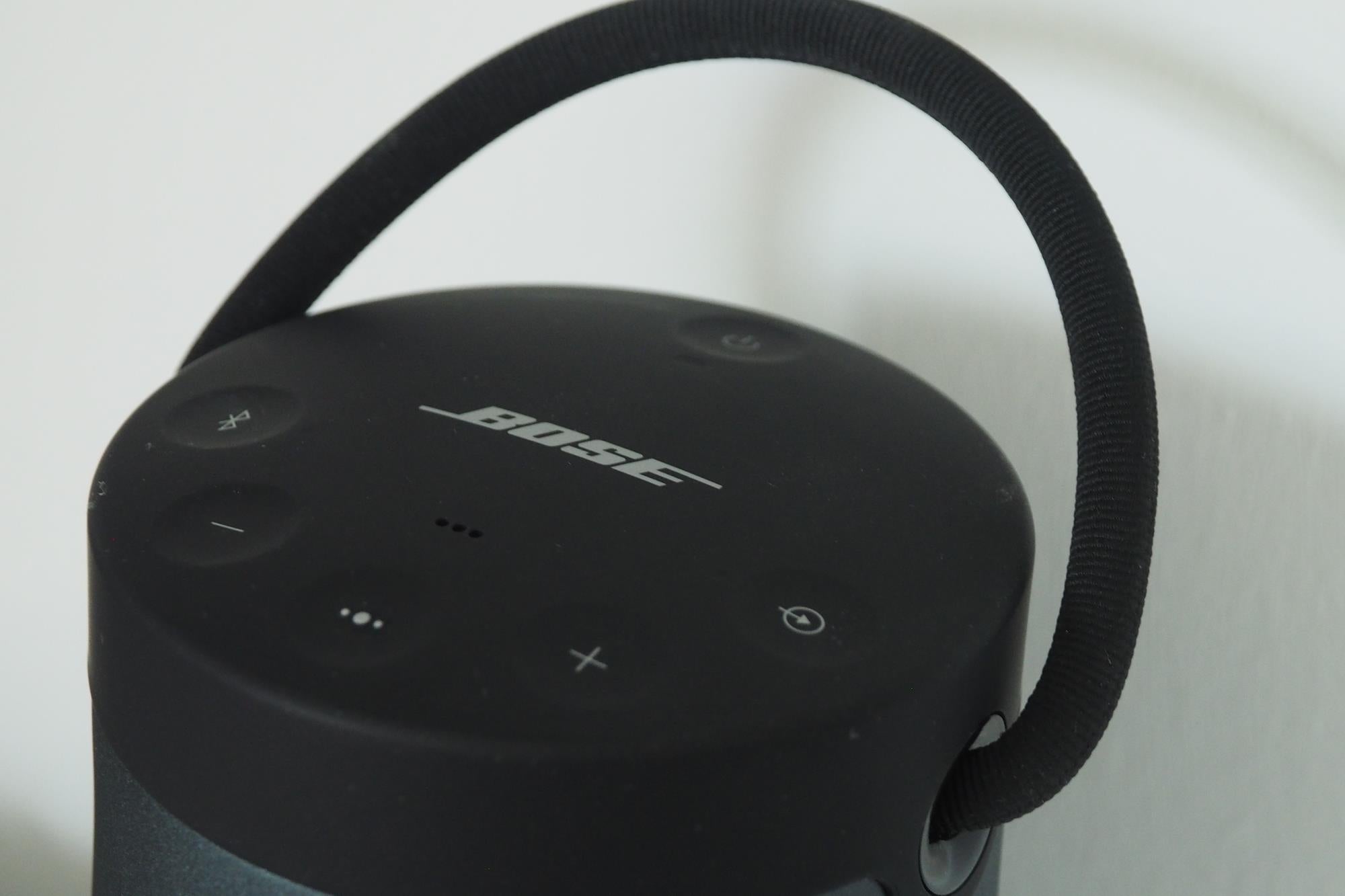 Why buy the Bose SoundLink Revolve+?

This is one of the most attractive Bluetooth speakers around, and the 360-degree sound seems to work very well. Sound quality is excellent for the size and portability.

It’s not cheap, but to get to the next level sonically, you really need to start look to something bigger and more expensive, such as the B&O Play Beolit 17 – which is still portable but not water-resistant.

One of the best portable speakers around.