What is the Bose SoundLink Revolve?

The buzz in Bluetooth speakers these days is all around 360-degree audio, with the music sounding the same no matter where you are in the room. The SoundLink Revolve is Bose getting in on that omnidirectional-audio act.

Premium design and materials combine with portability and solid sonic chops to make this one of the best Bluetooth speakers around – although you pay a hefty price for it.

Bose has done a decent job with the styling. A perforated aluminium enclosure wraps seamlessly around the speaker and tapers towards the top. There’s a choice of two finishes: Luxe Silver and Triple Black. 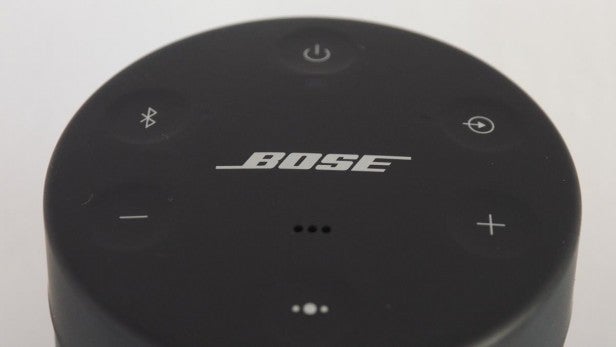 The rounded bottom and top are both rubber, with the top having buttons moulded into it for on/off, Bluetooth, volume up, volume down, aux input and a multi-function control. The latter can be used for play/pause or held down to connect with Siri or Google Assistant – there’s a microphone for voice commands or just using the Revolve as a speakerphone.

The rubber isn’t just for show, either: it helps the Revolve attain an IPX4 water-resistance rating. Perfect for beer-splashed barbecues, rain-soaked festivals and some poolside tunes. 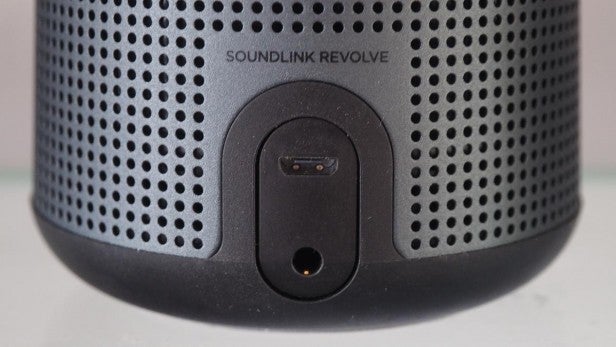 Around the back – if there is such a thing on a 360-degree speaker – there’s a 3.5mm aux input and a Micro USB port for charging. An optional charging dock is also available for £24.95. Battery life is quoted as being around 12 hours from a couple of hours’ charge, which I found to be accurate. A USB mains adapter’s included in the box. 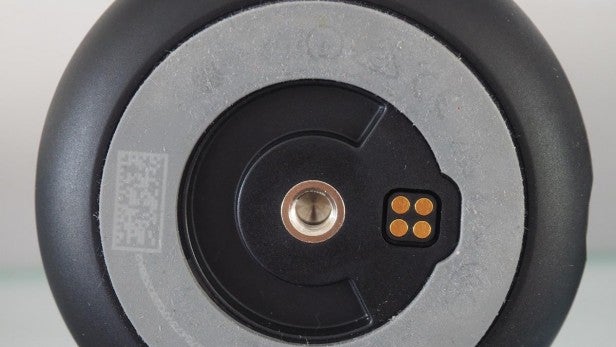 Unusually, underneath the speakers is a standard tripod thread, so you can pop your Revolve off the ground, or maybe even attach it to a Gorillapod wrapped around a tree-branch while you swing to some tunes in your hammock. Just me? OK then.

Internally, the Revolve has a pair of opposing passive bass radiators, and a single transducer firing downwards into a dispersal plate with a pressure trap to reduce distortion. In theory, this should result in omnidirectional audio – no sweet spots and dead spots as you walk around the speaker.

The SoundLink Revolve features Bose’s usual vocal prompts, telling you when it’s connected or can’t find a device to pair with, via a female American voice. You can mute her if you find it a bit jarring, though. I find the vocal confirmation of pairing – she even speaks the name of the paired mobile device – quite useful, to be honest.

The Revolve has memory for pairing with eight devices, which can be cycled through without having to go through the Bluetooth pairing procedure each time. This is done just by a short press of the Bluetooth button.

You can also stereo-pair two Revolves or set them in a multiroom party mode, all playing the same music. This is most easily achieved via the Bose Connect app (for Android and iOS).

As with previous SoundLink models, Bose hasn’t included aptX support for lossless Bluetooth streaming. However, with speakers this small you really won’t hear the difference anyway – drivers and tuning affect the sound far more at this level. 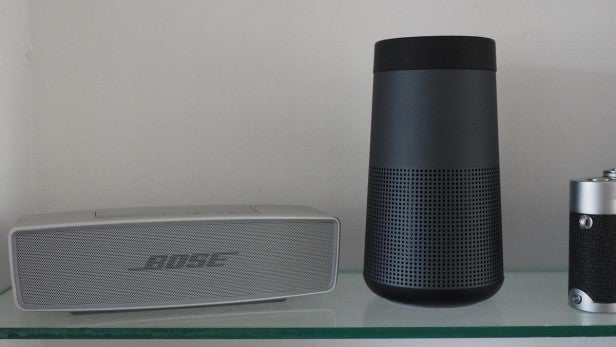 The Revolve has a smaller footprint than the SoundLink Mini II, but neither takes up much suitcase space

The sound from the Revolve is detailed and spacious, with good release of the treble and upper mid-range. The mid-range isn’t quite so constricted as that of the Bose SoundLink Mini II, so vocals in particular sound more natural and less boxed in.

Bass is a little light, but no more so than with any other speaker of this size. Place it close to a wall to maximise the bottom end – although you won’t really get the benefits of the 360-degree audio.

And that 360-degree sound really is impressive. The Revolve genuinely doesn’t display any noticeable dead spots as you walk around the room – or at least not to the extent that you get with most 360 speakers.

Ramp up the volume and the SoundLink Revolve maintains composure at volumes that other speakers of its size can’t even reach. However, it does sound a bit ragged and distorted by the time it hits its limit. 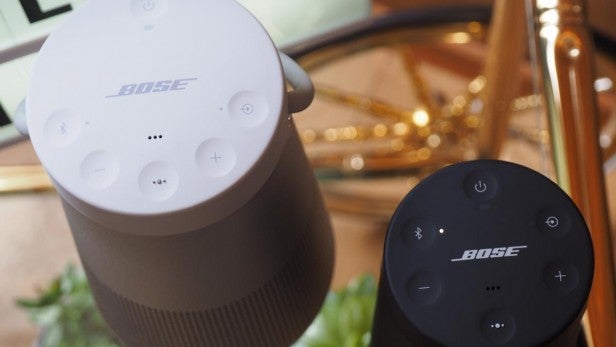 Should I buy the Bose SoundLink Revolve?

This is one of the most attractive Bluetooth speakers around, as well as one of the better-sounding for its size, and the 360-degree sound works very well. Add water-resistance and decent battery life and you’ve got a saucy sonic package.

Bass lovers should look at something bigger, however, such as the bigger Bose SoundLink Revolve+ or Harman Kardon Go + Play 2. The Minirig is a much cheaper option that’s also highly portable, sounds great and has decent battery life, but it just can’t compete with the Revolve at higher volumes.

A little stunner of a Bluetooth speaker, with effective 360-degree sonics.