What is the B&O Beoplay P6?

B&O makes nice things. Nothing the Danish company produces is short of luxurious – that’s guaranteed. But the Beoplay P6 isn’t just a pretty thing, because it’s one of the best portable speakers on the market. It’s great to use, and it sounds fantastic. While this speaker is not cheap, and you’ll find plenty of capable rivals, you need to check it out if you want a premium experience. 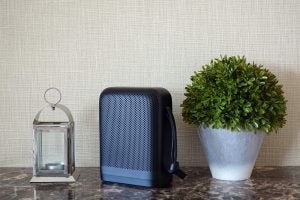 B&O stands out in the tech world partly because the company has no shortage of aluminium and enjoys slathering it all over its products. The Beoplay P6 is no exception.

There’s plenty of aluminium, and it has been anodised and pearl-blasted to achieve a distinct finish in black or silver. The ‘grilles’ use B&O’s recurring hole pattern, a staple of the speakers from designer Cecilie Manz, such as the Beoplay A1 and the Beolit 17.

The Beoplay P6’s slab-shaped design is also a throwback to the Beoplay A2 from a few years ago, but with much more stability, since the P6 is considerably more stout. This one won’t tip over as easily. 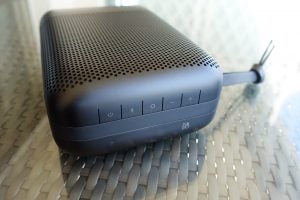 The buttons are physical keys and not touch sensors, which means nicely tactile controls. They’re minimalist and in line with Scandinavian design values. But if you know your hi-fi history, you’ll notice they allude to the iconic Beomaster 6000 sound system.

There are five buttons altogether: power on, Bluetooth pairing, volume up, volume down, plus a multi-function key you can program with the app. By default, it’s a simple pause/play button, but you can make it activate Siri or Google Assistant, accept calls or switch through EQ presets.

Scandinavian design isn’t just about minimalism, though – there’s a characteristic attention to warm and earthy materials. To that end, B&O has added a double-layered premium leather strap. Having a strap attached to only one spot makes for an asymmetrical carrying experience, so it’s prettier than it is useful – I much prefer the two-point strap on the Beolit 17. 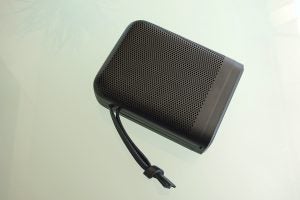 There’s plenty of power under the hood. A 36W Class D amplifier drives the four-inch woofer, while the two 1.5-inch full-range drivers each get a 30W amplifier of their own. The peak power is rated at 215W.

That’s a lot of power for a portable speaker, but the battery lasts a long time. The 2600mAh battery provides up to 16 hours of playtime on moderate volume, and takes about three hours to fully recharge via USB-C.

Sadly, that’s the only port, as there’s no 3.5mm analogue audio input. The only connection is Bluetooth 4.2. I guess that’s a slight sacrifice in order to achieve a little bit of waterproofing. Beoplay P6 is rated IP54, which means it can resist splashes and dust – just don’t take it swimming.

Any tinkering is done with the Beoplay app (free on iOS or Android). That lets you play with the EQ and adjust the tonal balance of the sound. You can also use the app for speaker pairing – if you get two Beoplay P6 units, you can use them together in stereo configuration. The app is also good for checking the remaining battery life on the speaker. 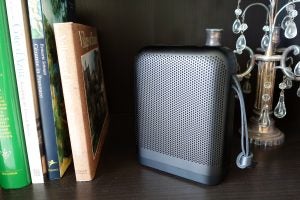 The Beoplay P6 is capable of fantastic sound, but initially I wasn’t impressed. Fresh out of the box, the speaker’s bass was overwhelming and threatened to drown out everything else. It was tolerable when placed in the middle of a large room, but the boominess got distracting as soon as it got near to a wall.

You don’t get the typical EQ sliders, which let you adjust the treble, midrange and bass as easily as the air conditioning in a car. Instead you have to drag a dot around a screen, which is divided into four quadrants: Warm, Relaxed, Excited and Bright.

This is not intuitive. It’s just confusing for the the average consumer and ‘adjustment’ ends up being a lot of trial and error. As an experienced audio reviewer, I’m used to ‘warm’ as a reference to bass and ‘bright’ as a vague stand-in for treble, but even then I had to spend a while experimenting.

Eventually I did manage to dial back the overwhelming bass and achieve a more neutral sound. It’s totally worth it, and that’s when the Beoplay P6 completely redeemed itself.

It’s still a little sensitive to placement, so don’t put it right up to a wall, but give the speaker a little space and it can really sing. 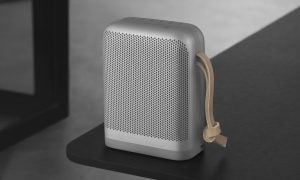 Toning down the amount of bass doesn’t change the fact that this speaker has a reservoir of low-end power. It hits hard, it digs deep, and it does a great job reinforcing the rest of the performance.

Listen to anything by Massive Attack (Angel is a test favourite) and marvel at how much air this box can shift. The Beoplay P6 has the power and dynamism of speakers several times the size.

Elsewhere, it’s a wonderfully clean sound, even with more chaotic tracks. Take Jenny O’s Automechanic for instance. Disregard the bassline and there’s still plenty going on. The smoky vocals are full of emotion, the various guitars clearly have different filters but never clash. 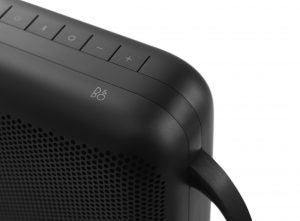 It’s the same with heavier tracks, such as System of a Down’s Cigaro – no amount of noise and heavy bass or screaming manages to muddy the presentation. What you experience is a level of clarity and separation that you just don’t get from lower-end speakers – even the larger ones, such as the UE Megablast.

The Beoplay P6 also pumps out a massive sound, far taller and more spacious than anything you’d ever expect from a box this size. This dispersion is achieved effortlessly, too. At no point does it lose its composure or strain to deliver its powerful performance.

The speaker also boasts 360-degree sound, and it certainly achieves that. Place the speaker in the middle of the room – ideally on a polished table of wood and chrome – and you can walk around it without experiencing any drop in sound quality. The dispersion is such that the tonal balance and integration remain fairly consistent wherever you stand or sit, with no obvious ‘sweet spot’. 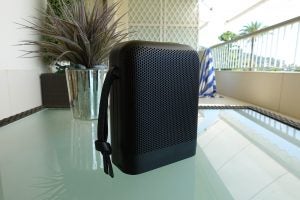 Why buy the B&O Beoplay P6?

Sure, it’s expensive, but the B&O Beoplay P6 is a giant among portable speakers. The power, clarity and spaciousness you get is way above average – and that’s not even factoring in the exemplary design and build quality. You’ll struggle to get something else this good at that size.

If you have more space, and portability isn’t a priority, the same money will also buy the excellent Ruark MR1 MK2. That has the benefit of a proper stereo effect, and is arguably just as stylish.

One of the best portable Bluetooth speakers on the market.