Blu’s higher-end models incorporate a minimal custom UI that sits atop Android. However, its cheaper models don’t get this tweaked UI. The result for the Blu Life Max is an almost plain version of Android with minimal bloatware, which is instantly usable for anyone coming from another Android device. 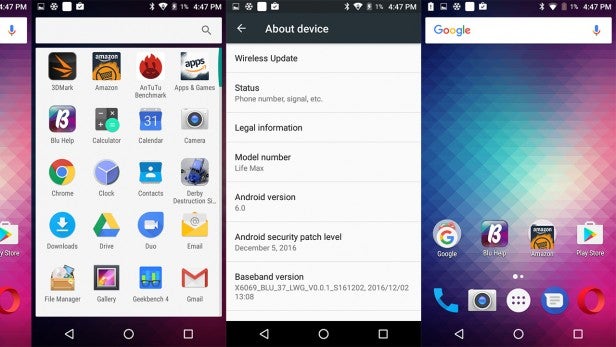 It’s a decision that doesn’t make amuch sense to me. Most Android ‘power users’ won’t appreciate pre-installed apps and changes to the UI simply for the sake of it, so offering a ‘vanilla’ OS on its cheaper devices and a custom UI on its more expensive handsets feels a little backwards to me.

Nonetheless, that’s the situation – and it’s a good thing for potential buyers of the Blu Life Max. The only apps that come pre-installed that you won’t find on most Android phones is ‘Blu Help’ and Amazon’s Underground app store.

Google Play is present, too, so there’s no obligation to download via Amazon. The rest of the OS is pleasingly unmodified Android Marshmallow. A spokesman for the company told us that Android Nougat will be rolling out to the device in the future, but that there’s no specific date for that as yet.

With a retail price of £109.99, it’s best to set realistic expectations when it comes to the Blu Life Max’s 8-megapixel  rear snapper and the front-facing 5-megapixel sensor. 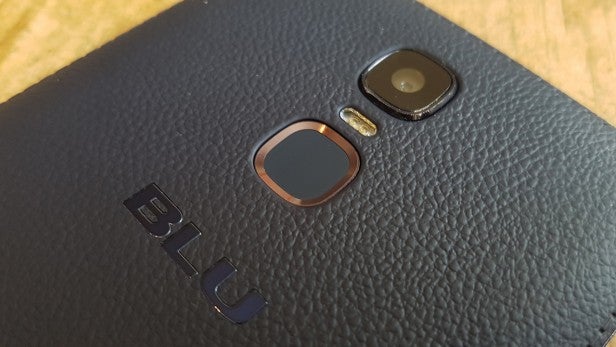 Images taken on the Blu Life Max are unlikely to be of a quality that you can blow up and hang on a wall, but they’re perfectly passable ‘show to friends on your phone’ quality as long as you ensure they’re taken in decent light. In darker scenes the camera struggles, as do many.

In a couple of the test shots, you can see that the colour has been well represented (the blue sky, for example) but that white balance is a little off in auto mode. On the image of the plant, you can see that it struggled to find a focal point. 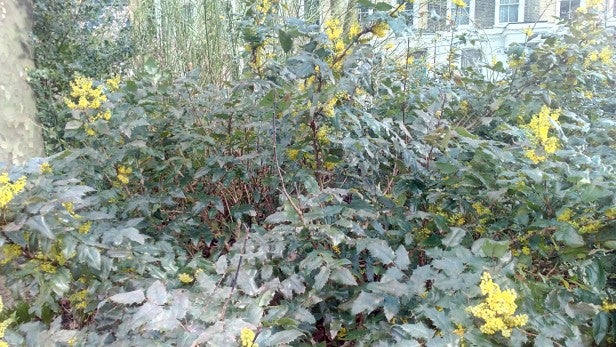 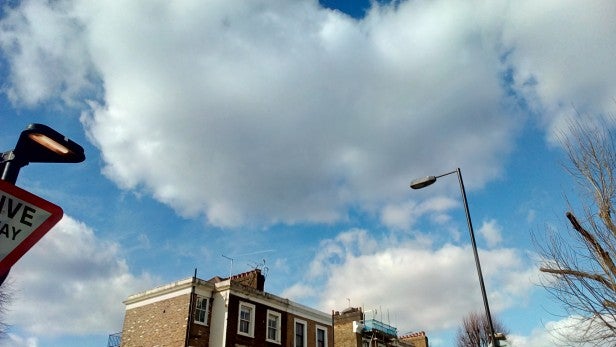 The 5-megapixel front-facing camera exceeded expectations, but admittedly, I’m not much of a selfie taker.

Despite being a budget phone, there are still a few camera settings with which you can play. These include an HDR mode and some preset scenes. Ultimately, though, the camera probably isn’t going to be the reason you consider the Blu Life Max – and if it is, it shouldn’t be. It remains decent enough for the money, though.

The battery is actually a bit of an oddity in this device. It’s removable, but you can’t actually buy a replacement pack since Blu doesn’t sell any of its products in the UK in physical stores. As a result of regulations about selling batteries via the postal service or delivery, the result is that you can’t get a spare without buying a new phone – which of course would be silly.

It isn’t only the above that’s worth noting, however. The 3700mAh battery is both necessary for the large 5.5-inch panel and considerably more generous than you’d find on many other budget rivals. For comparison, the Moto G4 Play has a 2700mAh battery pack. 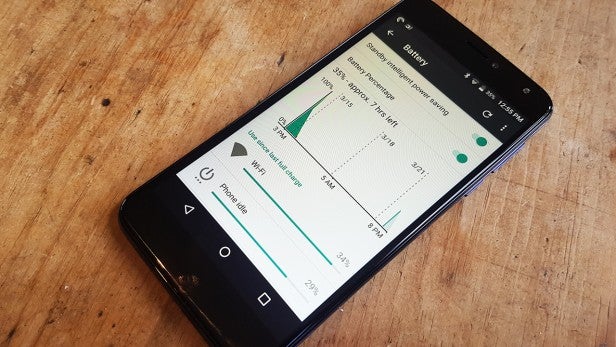 While the company claims three days of average use on a single charge, this will probably prove a little too optimistic for most people – unless you’re careful with what’s turned on and what’s running in the background. I’d say two days is closer to the mark.

While gaming, I saw a decrease of around 10% every 30 minutes, with the screen on maximum brightness and volume at 60%; of course, you could increase this by reducing the brightness.

Watching a 720p video on YouTube fared a little better – a one-hour documentary drained only 13% of the battery once the brightness and volume were both set at 60%.

Should I buy the Blu Life Max?

There’s one good reason to buy the Blu Life Max: if you’re after a solid Android experience for around £100 without too many corners being cut.

Yes, the screen isn’t entirely optimal and gaming is somewhat underpowered due to the MediaTek processor, but it’s still possible to play games and watch movies without frustration.

The one stand-out feature of the Blu Life Max is its 3700mAh battery. Its features and performance aren’t much to shout about, but it will still be running long after some of its rivals have run out of power – and that’s worth a lot to the average user.

If you manage to snap up the Blu Life Max at its introductory sale price of £89.99 then it’s really hard to find anything to complain about at that price. However, at £109.99 it’s closer in cost to more established budget devices such as the Moto G4 – although that has a notably smaller screen and battery pack.

At £109.99, you’re unlikely to feel disappointed with the Blu Life Max.