What is the Blu Life Max?

The Blu Life Max is the second handset from US-based Blu to be released in the UK; it follows the Blu Vivo 6 back in December. As with its first UK device, Blu’s launch promotion sees the handset hit the market at just under £90.

At that cost, it goes up against the well-regarded Moto G series and smaller brands that are gaining in popularity, such as Wileyfox and its Swift phones. The Blu Life Max costs around half as much as the Moto options.

However, without a recognisable brand name in the UK and an increasingly contested low-end of the market, is the Blu Life Max remarkable enough to fend of the competition? We put it through its paces to find out.

With a price point hovering just either side of £100, depending on offers and discounts available at the time of purchase, you’d be forgiven for thinking that serious compromises have been made on the Blu Life Max.

And, yes, it’s clear from the moment you have the Blu Life Max in your hands that sacrifices have been made, but not in a way that you’re left with an unappealing shell of a phone that has only one good feature buried away somewhere deep. 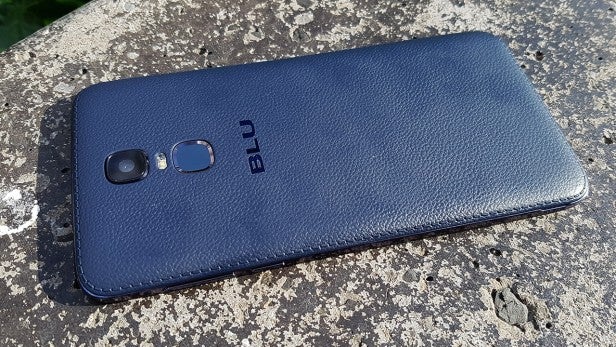 There’s no metal chassis, as you’d find on the Vivo 6 and many other more expensive phones, but the Blu Life Max steers clear of glossy plastic too. The end result is a handset with narrow bezels around its 5.5-inch 720p display and colour-matched metallic edging. Note that the Life Max is only available in dark blue, however, so if that’s not your colour then move on right now.

The rear of the device has a soft-touch, leather-effect removable panel, which shares the same dark blue colour as the surround. Here you’ll also find an 8-megapixel camera and a fingerprint sensor.

Taking off the removable rear cover reveals two separate dual-SIM slots, plus a microSD port to expand the 16GB of on-board storage space. On the right of the phone sits the standard power button and volume rocker, while both the headphone and micro-USB charging port can be found on the top of the device.

Nonetheless, worrying about a few extra grams in the pocket probably isn’t the best way to decide upon your choice of phone. The Blu Life Max doesn’t strive to wow you with its appearance – and, as a result, it won’t – but the considered touches, such as colour-matching the chassis, rear and side buttons, stop it from feeling like a truly budget device. 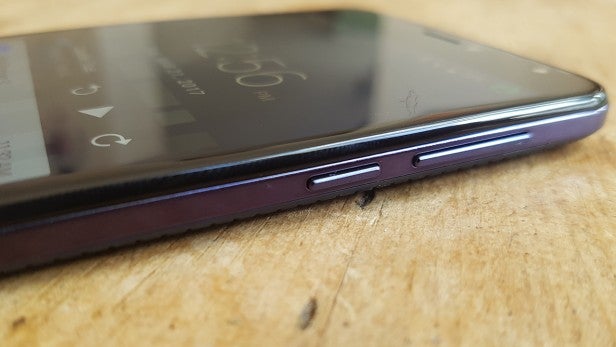 What is more likely to determine your choice of phone, however, is the quality of the display – something that tends to suffer with most budget Android phones. On paper, Blu’s Life Max doesn’t skimp too much here, offering up a 5.5-inch, 1280 x 720-pixel HD resolution panel.

If it had been a 5-inch (or smaller) display, there would have been no issues. With a 5.5-inch panel, however, on-screen items don’t appear as crisp. It’s a similar situation with the brightness and colour reproduction; I have no real complaints, but it certainly isn’t dazzling.

Nevertheless, the display is bright enough to use in direct sunlight and colourful enough to enjoy the odd movie or gaming session. The Blu Life Max’s viewing angles definitely can’t compete with those on a premium device such as the Samsung Galaxy S7 Edge – which costs four times as much, I might add – with the difference in quality of colour reproduction clear to see. However, it never stuck out as a particularly negative aspect in everyday use. 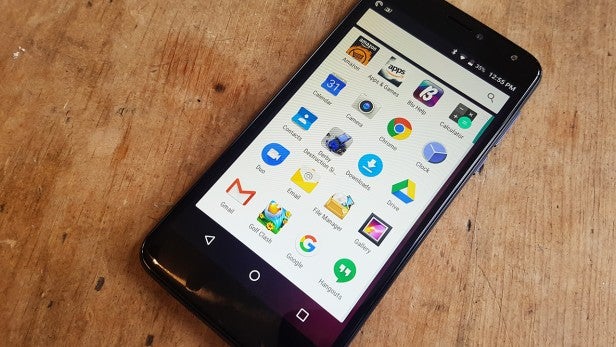 Performance is really where the Blu Life Max needs to excel for its class. There’s no use producing a budget handset that sounds good on paper but can’t live up to its claims in the real world.

Thankfully, with the inclusion of 2GB of RAM, most of my gaming experiences on the device were a glitch-free affair. However, trying to play an entirely undemanding game of Golf Clash while installing other apps in the background resulted in lagginess and judder. Once the apps had completed installing, however, I didn’t encounter any other issues. In fact, even more demanding games such as Real Racing 3 remained playable.

Although this might suggest that this device isn’t much of a multi-tasker, the MediaTek chipset has enough oomph to perform everyday tasks without issue. Throw something more demanding at the Life Max, however, and you’re likely to run into delays when opening apps or switching between them.

While my preference isn’t for the fingerprint sensor on the rear, it works well enough. It didn’t unlock every single time, but it was successful many more times than reading errors. 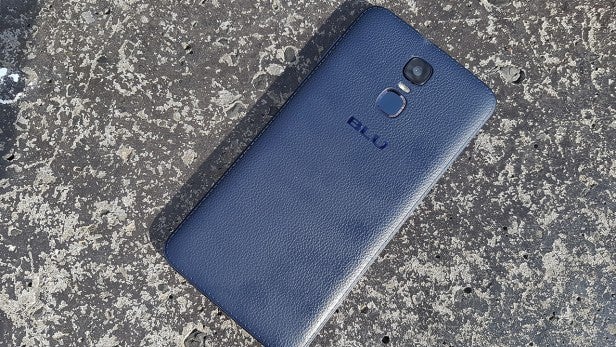 As you’ve probably come to expect by now, you’re unlikely to get great sound quality from the device’s single speaker. In fact, if you crank it up towards its maximum, you’ll mostly get a very tinny sound. This is fine if you listen to podcasts, but not so much if you’re using the integrated speaker to listen to music. But who does that anyway?

In terms of benchmarks, the Blu Life Max’s Geekbench 4 scores sit well below rivals: 516 in the single-core test puts it well below even the Nexus 5 with its Snapdragon 800 chipset. Even its multi-core score of 1394 is behinds the Nexus 5’s 1764.