Available on PS4 (version tested), Xbox One, PC
It’s almost ten years since players first explored the world of Rapture: an underwater city built as a beacon for creative freedom, a place for the world’s greatest minds to thrive away from the societal limitations of life on the surface.

With the discovery and abuse of the substance ADAM – a chemical that biologically altered the genetic code of the city’s inhabitants – Rapture only became more incredible. Until it fell into ruin among a devastating civil war on New Year’s Eve 1958, wherein its populace went mad.

Since 2007, the series has spawned two sequels; 2010’s BioShock 2 and 2013’s BioShock Infinite. The former was a revisit to Rapture’s creaking halls. It was a sequel not directly developed by series creator and brainchild Ken Levine, or his team at Irrational Games, but instead had the team at 2K Marin at its helm. It’s an underrated shooter, one that really improves the original’s fundamental mechanics, and offers a new perspective on this rich world. 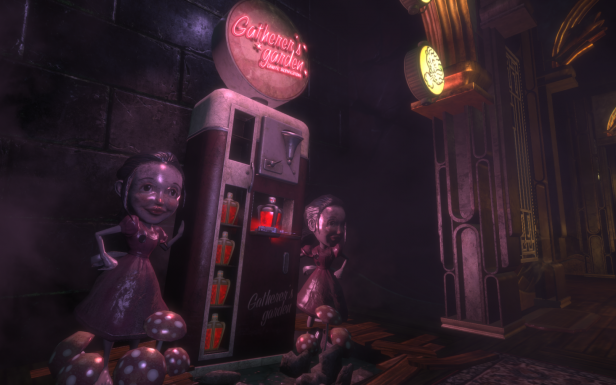 In BioShock Infinite, the series returned to Irrational Games’ capable hands. It took the series to the skies, to the tyrannically ruled religious paradise-cum-nightmare of Columbia – a world with similar themes but with entirely new sights. It’s a much better shooter than either of its forebears.

The Collection packs all three games, including BioShock 2’s excellent Minerva’s Den DLC and Infinite’s fantastic Burial at Sea expansion, in one tri-force package adventure that’s by far the definitive way to play any of these games – either on console or on PC.

Not surprisingly, the original game has received the most noticeable graphical updates to leapfrog its way onto current-gen consoles. It’s a tidy upgrade, and while it will never look like it was made yesterday – games such as Deus Ex: Mankind Divided and Metro: Last Light have since brought dystopian horror to life in far greater detail – the city of Rapture has never looked more pristine or felt more daunting than it does in The Collection.

From BioShock’s opening moments – a devastating plane crash, a mysterious lighthouse, a descent into Rapture’s depths – BioShock still makes an incredible impression. Even after three replays from the game’s release, its introduction is a bold, stark statement of intent, and it will have an even greater impact on players who never had the opportunity to play the game in 2007. 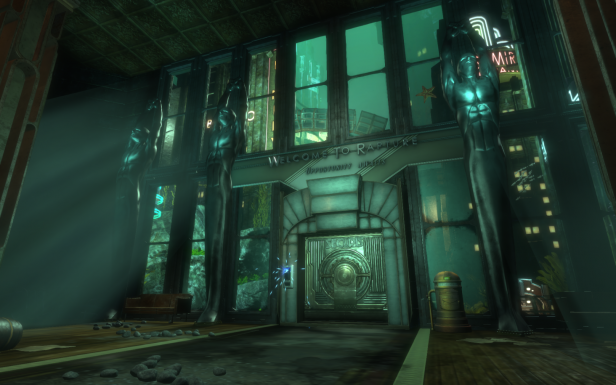 It’s brilliant to recall the original BioShock’s focus on horror, especially compared to Irrational Games’ later work on BioShock Infinite. The Splicers – psychopath inhabitants of the sunken world – are truly horrible to fight, even if the character models are only enjoy minor improvements with the graphical enhancements.

Particularly fun are the Plasmids – genetic powers you discover as you progress through the game – and experimenting with them remains truly satisfying. Playing around with the environment gives combat extra depth, and there’s plenty of opportunities to experiment with how you want to play.

BioShock 2’s visual improvements are more subtle than those of the original, but some lovely lighting enhancements still bring Rapture to life. Compared to its revered predecessor, BioShock 2 is often overlooked, but replaying it in The Collection reminded me of what a fantastically well-written game it is.

It undoubtedly plays better than the original, too – the ability to duel-wield is a genuine delight after the clunky one-two mechanics of BioShock. Playing as a Big Daddy – the great hulking diver suit-clad creatures that patrol the city, guarding the ADAM-harvesting Little Sisters – you get to see even more of Rapture. It doesn’t have quite the visual impact of the original, but seeing more of Rapture is no bad thing.

It’s a credit to the level design of both games that I found myself exploring off the beaten path, wanting to get an insight of every nook and cranny of this haunting, decrepit city. Some set-piece moments aren’t nearly as tense as they were upon release, and boss fights aren’t that much fun either. However, Rapture’s inhabitants – the elusive Atlas, the horrendous Steinman and the unforgettable Sander Cohen, to name but a few – are just as fantastic as they always were, even if the combat doesn’t give the fights the climactic encounters that they perhaps deserve.

Related: Destiny: Rise of Iron: Everything we know 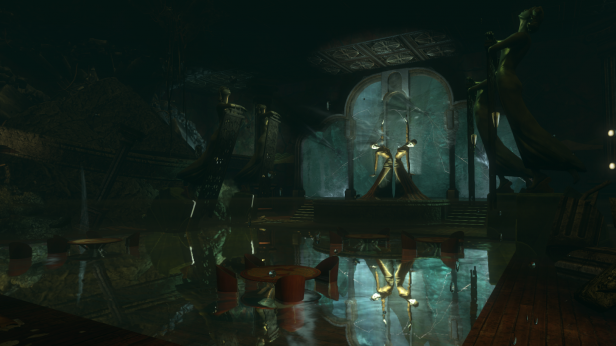 BioShock Infinite is a much more modern game, in almost every respect. In that regard, The Collection doesn’t add much to the overall experience; it’s essentially the version of the game that PC players played on release three years ago.

However, the increased resolution and frame rate makes Columbia’s stunning floating streets and many striking locations pop. It was a stunning game in 2013, and it remains so now; vibrant colours and impeccable art design create a world that’s truly wondrous, despite its awful undertones. It’s a better shooter, as well as a better storytelling experience, even if its story is the most divisive of the three games.

Burial at Sea – the two-part expansion to Infinite – is another highlight, and seeing how the saga comes to an end is  riveting. More than anything, though, it mostly just highlights what a shame it is that the original game hasn’t been entirely remade using the Infinite engine. Rapture looks absolutely stunning in Burial at Sea, but it seems we can’t have everything.

The Collection’s biggest missed opportunity is that it doesn’t do much to win over players who have poured dozens of hours into these three games.

There’s an interesting director’s commentary to be unlocked, episode by episode, while playing through the original game, but these aren’t a feature for either BioShock 2 or Infinite. There’s also a small, physical museum – a display of concept models and canned ideas that didn’t make it into the final game, which you can walk around. It’s cool, but not essential.

In this respect, The Collection doesn’t add a huge amount for the seasoned BioShock player, but for anyone looking for the best versions of three exemplary games, look no further.