The single most obvious drawback of this monitor is that it only uses a TN panel, and the chief downside of this is immediately noticeable: viewing angles are not all that good. In particular, movement in the vertical plane causes significant contrast loss and discolouration, as can be seen most obviously in the lowest angle of our test shots below.

That said, viewing angles aren’t so bad as to be a regular distraction. We found we were able to shift around within the normal range of motion you have when sat in front of a screen without the image changing significantly, as can sometimes be the case with really crummy TN LCDs. Instead it’s more the case that you wouldn’t want to use this monitor in situations where it will be seen from multiple angles, or for instance if you want to use it as part of a multi-monitor setup. 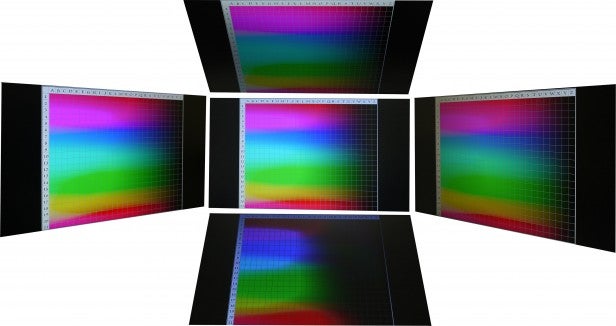 Otherwise it provides a surprisingly high-quality image. Subjectively,
the backlighting appears even, colours are vibrant and there’s masses of
brightness available. What’s more that brightness can be delivered at
the same time as impressively inky blacks.

Testing with an Xrite i1 Display Pro and the monitor set to full brightness our positive impressions were backed up. The Standard colour temperature of 7567 is a little way off the ideal of 6500 but it’s not too bad, and it’s easy to tweak this by choosing the manual colour temperature setting. Colour coverage is very good too with 96.4% sRGB coverage and 70.6% Adobe RGB, with a Delta of just 1.44. Not enough for imaging professionals but plenty for amateur image editing.

Meanwhile the brightness of 318nits is dazzlingly high – far higher than you’d ever want to use – and is backed up by an impressive 0.32nits black level. The result is a very decent 994:1 contrast ratio – that’s plenty enough dynamic range to really bring images to life.

Dialling the monitor back down to 200 nits (40/100) and using the manual colour temperature controls we were able to hit a colour temperature of 6211 and drop the black level to 0.18, making for a contrast ratio of 1139:1 – very impressive stuff.

Finally, fully calibrating the monitor delivered similar overall figures but with an even better Delta E of 1.54, a closer 6392 colour temperature, a contrast of 1091:1 and a gamma of 2.13. For a gaming monitor with a TN panel this is a great performance. 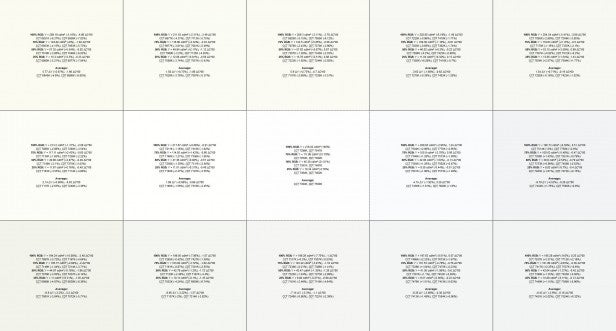 Brightness uniformity is decent, too. The maximum difference is in the bottom left corner where there’s a -10.8% drop in brightness but otherwise it’s all below 10%. Backlight bleed is also none existent so there are no distracting light streaks or smudges in dark scenes.

As for colour uniformity, it’s also pretty good with the maximum shift being in the top left corner where it veers off by -7.83%. With a maximum shift in the other direction of +2.8% on the right edge that makes for a total shift of 10.63% across the whole screen, spanning from 6956K to 7756K.

All told, as hinted at earlier, this is a very impressive monitor. The only real consideration will be whether you can live with the poorer viewing angles of a normal TN panel – such is the compromise of having an ultra-fast gaming panel.

AMD FreeSync and other extra features

Of course this monitor isn’t just about its raw image quality performance, it also comes packed with a load of game-enhancing tech.

First up is AMD FreeSync. We covered its merits extensively in our full AMD FreeSync review and indeed it was this monitor that we used for that review. And the short version is that it’s brilliant. The technology eliminates the tearing and stuttering, that you get when using either no V-Sync or normal V-Sync, by allowing the monitor’s refresh rate to follow the frame rate of the graphics card.

However, it’s most beneficial at lower frame rates so is ideal for 60Hz monitors. With the 144Hz this monitor can run at, it’s much less of an issue. That said, it’s still a technology well worth having. We would consider it almost an essential feature for those looking for a top-quality gaming monitor right now.

The other flagship extra feature is the blur-reduction technology. This flickers the backlight on and off in time with the refresh rate to reduce the appearance of motion blur, in a method that simulates black frame insertion – a common technique for reducing motion blur. 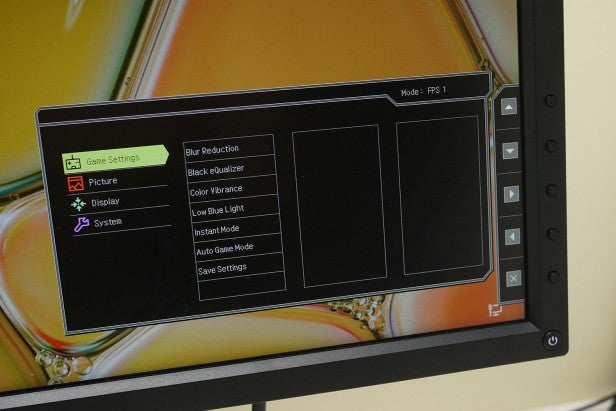 It’s a feature that definitely works, with motion immediately appearing reduced and images looking much sharper and more immediate. However it doesn’t work in conjunction with FreeSync and dramatically reduces overall brightness. As such it’s a technology that we’d be far less inclined to make a beeline for. Nonetheless, in certain situations we can see it potentially providing that key advantage for serious gamers.

Other image tweaking modes include a Black Equalizer which basically changes the gamma to boost the darkest parts of an image. This destroys image quality but does provide an advantage for gamers who want to make it easier to see enemies in the dark.

You can also adjust the colour vibrancy and reduce the blue light level to reduce the sleep-depriving effects of blue light.

One final point to note is that the audio from that headphone socket is indeed pretty awful. There’s a lack of clarity and bass is almost non-existent. We’d strongly suggest sticking to your normal sound card and just trailing your cable to the monitor. 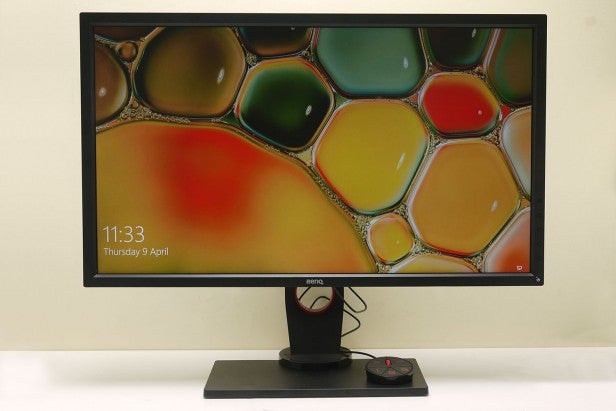 Overall we’re pretty impressed by the BenQ XL2730Z. For gamers looking for the ultimate in feature-packed monitors it ticks all the right boxes. FreeSync is absolutely worth paying a little extra for, the blur reduction mode works – even though we wouldn’t necessarily want to use it regularly – and the core speed of the 144Hz panel combined with these two technologies makes for some of the most responsive gaming experiences you can get.

With the little extras like the headphone stand, good stand adjustability and the remote control, there are very few gaming monitors that can offer more.

Overall image quality is good too, particularly as viewing angles are better than on most standard TN-panelled monitors. There’s still enough of a fluctuation that we wouldn’t want to use this monitor for colour-sensitive work but otherwise it’s great for general use with excellent contrast and good colour coverage making for punchy yet accurate images. That said, we would love to see this same monitor with an IPS panel too, so that those who just can’t stand the viewing-angle issues of TN panels can get that bit better image quality and still get the great extra gaming features.

If you’re looking for the ultimate gaming monitor, BenQ makes a strong claim for the XL2730Z being it. It’s packed with features and combines the excellent FreeSync and blur-reduction technologies with a super-fast LCD panel to provide super-smooth gaming performance. It’s not the last word in image quality, but it’s definitely a step above your average fast gaming monitor.