BenQ’s focus with the £525 TH670s DLP projector is to give sports fans an affordable way of indulging in their favourite pastime on a big screen, without having to black out their room.

With this in mind it offers plenty of brightness, and even carries dedicated “Football” picture settings.

Provided you’re not especially susceptible to seeing DLP’s rainbow effect, the TH670s really does deliver on its sporting promise – and it’s a decent projector for presentations too. Home cinema fans should probably look elsewhere, however.

BenQ understands better than most how a projector destined for the living room should look. The TH670s’ curvaceous top edge, glossy white finish and fetching grey side panels make it a far more attractive device than your average coffee table projector.

The finish is a little plasticky, but you only really notice it when you handle the projector; it isn’t obvious from a typical viewing distance.

Casual-use projectors such as the TH670s are likely to be moved in and out of a cupboard rather than being permanently left out, so it’s good to see that this particular unit is both compact (327 x 137 x 233mm) and light (3kg).

The TH670s’s friendly approach extends to its remote, which combines backlit buttons ideal for use in a dark room with a spacious, logical layout, and effective button labels. In addition, the remote is a comfortable size and sits nicely in the hand. 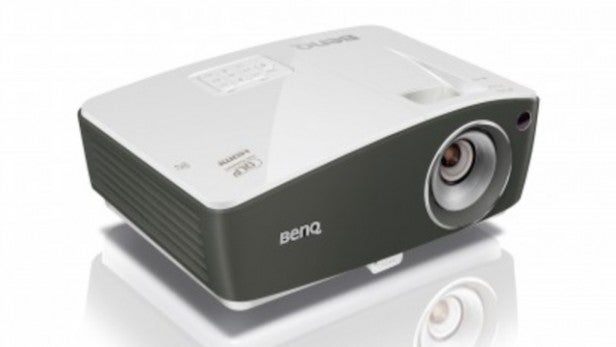 As you’d hope of a projector aimed at casual users, the BenQ is easy to get up and running. Although its lens is a fairly long-throw affair, there’s plenty of optical zoom at its disposal, so you can get the image size you want in all manner of living room shapes and sizes. There’s an auto-keystone adjustment system, too, which automatically adapts the picture digitally to keep its sides parallel.

This isn’t the best way to get a properly rectangular image from a projector; ideally, the TH670s would provide optical vertical image shifting to minimise the need for keystone correction. But vertical image shift is seldom found on projectors as affordable as the TH670s, so the auto-keystone adjustment is a good “Plan B”. 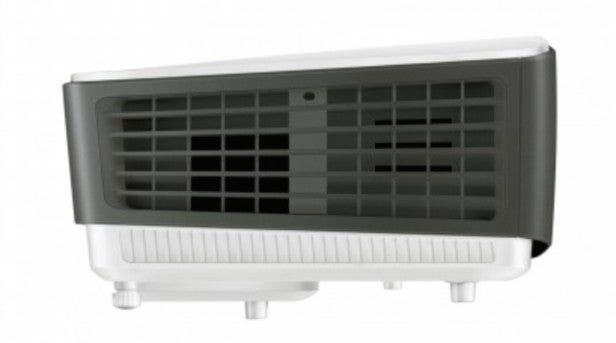 Choosing the best picture settings for the TH670s is slightly more complicated than it should be. Where the TH670s’s Football presets are concerned, the Football Bright setting that you might imagine is the best for daytime sports viewing is actually a mess, for reasons I’ll cover in the Performance section. So stick with the standard Football setting, maybe with the brightness nudged up a few notches if your room is particularly bright.

Neither of the Football modes works well for movie/TV viewing, so make sure you remember to switch between different presets for different types of viewing. In fact, if you want to enjoy the projector’s most responsive performance whilst video gaming then you need to remember to switch to Game mode too.

In terms of more general picture setup tips, make sure noise reduction is turned off, especially when watching films. I’d also recommend using the Smart Eco lamp setting for watching movies, since this offers the best contrast performance; and if you like your colours punchy then turn on the Brilliant Color feature. Just be aware that this can also increase noise levels.