The TH670s’s pictures are delivered using a Full HD single-chip DLP system with a six-segment colour wheel, fed by a lamp capable of pumping out a high 3,000 lumens of light. Promisingly, this high level of brightness (which should prove handy for bright-room viewing) is backed up by a strong claimed contrast ratio of 10,000:1.

The TH670s’s connections are slightly disappointing, in that they include only one HDMI when most projector rivals carry two. To be fair, a projector that’s likely to live in and out of cupboards may only ever have one device attached at a time. 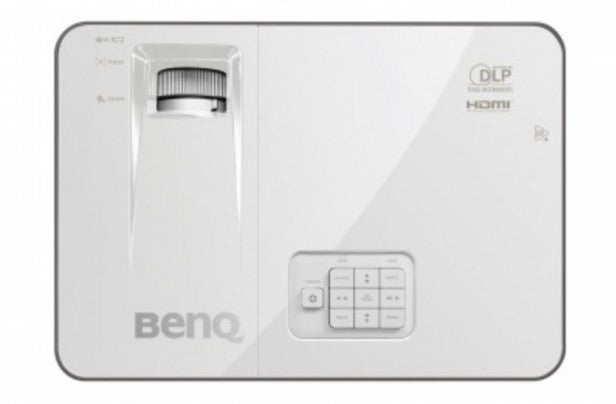 Also a little concerning on the connections front is the provision of two D-SUB PC inputs, since for me this raises the question of whether the TH670s is in truth a data projector that’s just masquerading as a home entertainment projector.

Other connections include a powered USB that you could potentially use for charging your mobile phone or tablet, plus a series of audio connections reflecting the fact that the TH670s carries a built-in 10W speaker.

This speaker is more powerful than most, and not having to find an external audio solution enhances the TH670s’s “plug and play” credentials.

The TH670s’s menus contain a decent set of calibration aids for such an affordable projector, including gamma adjustment and white balance/colour management. It’s impressive, too, for the TH670s’s money to find a dynamic contrast system that can automatically reduce light output to boost black levels during dark scenes.

Although it sounds gimmicky on paper, the addition of two Football sports modes to the TH670S’s picture preset list is actually quite a thoughtful move. After all, one of these modes, at least, boosts brightness and sharpness while cooling the picture’s colour tone to deliver a quite effective look for bright-room sports viewing.

One last notable feature of the TH670s is its support for 3D playback. However, predictably, you don’t get any BenQ 3D glasses for free with the projector, and none were provided for testing.

Kicking off (sorry) my tests with sports footage in a fairly normally lit room, the TH670s just about does enough to avoid the “gimmick” tag where its Football modes are concerned.

The Football Bright mode is a bit nasty, pushing colours so aggressively that the image becomes gaudy and unrealistic. But the standard Football mode genuinely delivers an image that’s well suited to the mostly bright, almost preternaturally colourful, and usually sharp footage associated with sports coverage. 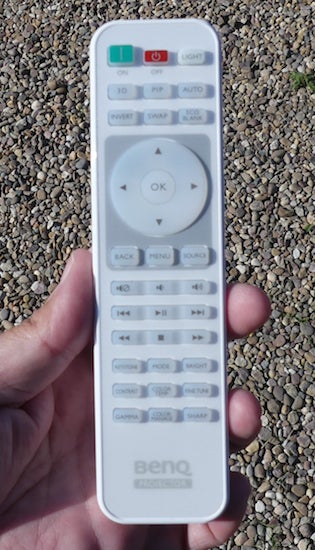 As well as increasing colour saturation, sharpness and brightness, the TH670s’s sport credentials are enhanced by a strikingly good motion performance. Players charge around the pitch without being accompanied by judder, softness or the sort of fizzing noise – even over skin tones – that single-chip DLP projectors can cause.

What’s more, the brightness of even the standard Football mode is enough to punch through a fair amount of ambient light without the picture becoming unwatchably dull or washed out.

The Football mode is not, however, suited to letting you watch films in a bright room. Colours look too cool and black levels too washed out for the more delicate tones and more extreme contrasts associated with a typical film. Yet shifting to the Movie presets in such a scenario means the image no longer looks intense or contrast-rich enough to be enjoyable.

Unfortunately, the Movie modes aren’t totally convincing – even in a dark room. Dark scenes always look a little greyed over, even when using the most effective Smart Eco mode, and occasionally a greenish undertone creeps into dark areas too. In addition, there’s a touch more fizzing noise in dark scenes than I’d ideally like to see.

To be fair, colours look impressively natural in tone and free of striping over subtle colour blends, while motion still impresses with 24p movie sources. The TH670s’s brightness delivers bright movie scenes and light highlights in dark scenes with eye-catching punch, too, while dark scenes retain a surprising amount of shadow detail and depth – despite the relatively uninspiring black levels.

These strengths, along with the low 32ms input lag measurement, make the TH670s a respectable gaming device too. 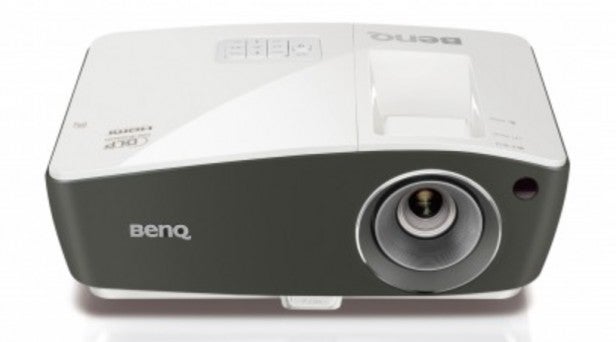 Nonetheless, the greyness over dark scenes is impossible to ignore – and there are other issues that affect all types of content that you watch on the TH670s.

My single biggest issue with the TH670s, though, is the rainbow effect. Unique to single-chip DLP projection, the rainbow effect sees stripes of pure red, green and blue flitting momentarily over bright parts of the image. Most single-chip DLP projectors suffer with this problem to some extent, but it’s more apparent than usual on the TH670s, regardless of what you’re watching and which picture preset you’re using.

I should qualify this point by saying that some people seem gloriously oblivious to the rainbow effect. So if you know for a fact that you’re one of those people, you can perhaps add a mark to the TH670s’s current overall score of 7/10. By the same token, if you’re unusually susceptible to seeing the rainbow effect then the overall mark here should be reduced to 6/10.

One last, more positive point about the TH670s’s performance is that it’s quite an accomplished presentations projector. Its combination of brightness, bold colours and sharpness enable it to deliver graphs, charts and text with admirable clarity and dynamism, even in a fairly bright conference room. 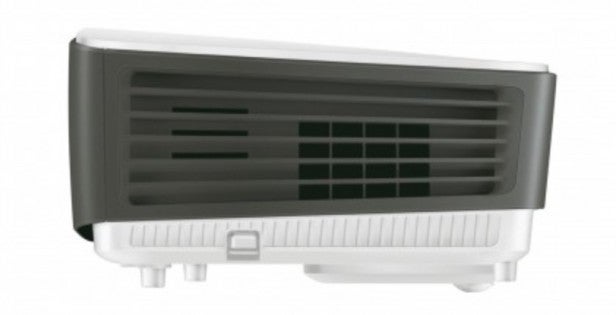 While I’m not entirely convinced that the TH670s really succeeds as a sports/film crossover device, it could do double duty as a home sports/work presentations device. If that sounds like a combination that works for you, then the TH670s can be considered worthy of its £525 asking price.

If you like the idea of the sort of ultra-bright pictures that the TH670s delivers but in an ultra-short-throw format, then you could consider the recently tested Optoma GT5000, which can produce a 100-inch image when sitting just 30-40cm away from your screen. Note, though, that this projector struggles to retain a consistent focus right across its screen, and costs £400 more.

For those after a more film-centric projector for around the TH670s’s price, the BenQ W1070 gives you a more cinematic picture with better contrast, provided you can get your room fairly dark. Or, if you’d rather go down the LCD route to avoid the rainbow effect, consider the Epson EH-TW5300  – although there’s a trade off in the shape of poorer contrast and colour.

The TH670s does a more convincing job of fulfilling its sport-in-a-bright-room brief than many rivals, it’s easy to set up and use, and performs well as a presentations projector, too. However, distracting rainbow effects and an uninspiring movie performance limit its potential.