While the BenQ TH535 won’t suit everyone, it works well as a high-value, multi-purpose big-screen display for rooms that can’t easily be blacked out.

As such it’s exceptionally bright, carries a built-in speaker system, and is easy to set up from scratch when you want to use it. Just don’t expect it to work miracles in a dark home cinema room.

As you would expect of a ‘living room’ projector, the BenQ TH535 is small enough to fit in a cupboard when you’re not using it, and sit on a coffee table when you are.

The TH535’s bodywork is pretty heavy on the plastic – as you might expect with a £499 projector. The application of plenty of white gloss to that plastic, though, disguises the flimsy build quality pretty well. 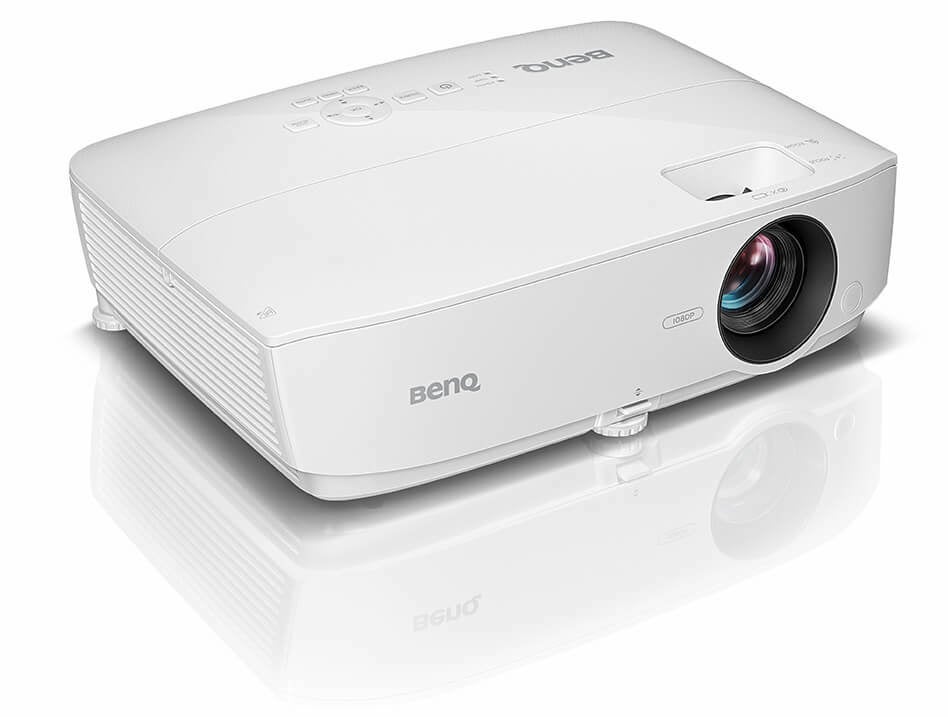 The projector’s lens is offset to the right, with a window on the top edge providing access to zoom and focus adjustments. Vents down the projector’s left and right sides let it expel heat, but also let out a little light.

The TH535’s remote control is very small, uses tiny buttons and doesn’t feature any backlighting. So not surprisingly, it’s pretty much unusable in a dark room. As we’ll see, though, a dark room is not the TH535’s most natural habitat.

Aside from its eye-catching price, the BenQ TH535’s star attraction is its claimed 3,500 lumens of brightness. This will be enough to give the DLP-based projector a fighting chance of cutting through the ambient light associated with a typical living room situation.

The TH535 boasts a full HD resolution, and despite its extremely high brightness, is claimed to support a huge 15,000 hours of use from a single lamp. Amusingly, though, this quoted lamp life only applies if you use the Eco Blank lamp setting – which replaces the picture with a black screen… In more practical use, you should get around 5000 hours of lamp life. Which is still pretty good.

Picture presets are labelled Bright, Presentation, sRGB and Cinema, plus two ‘user’ options. These presets are quite revealing. For instance, the Presentation one shows this is not a projector tailored exclusively to home cinema. It could work in an office environment, too. 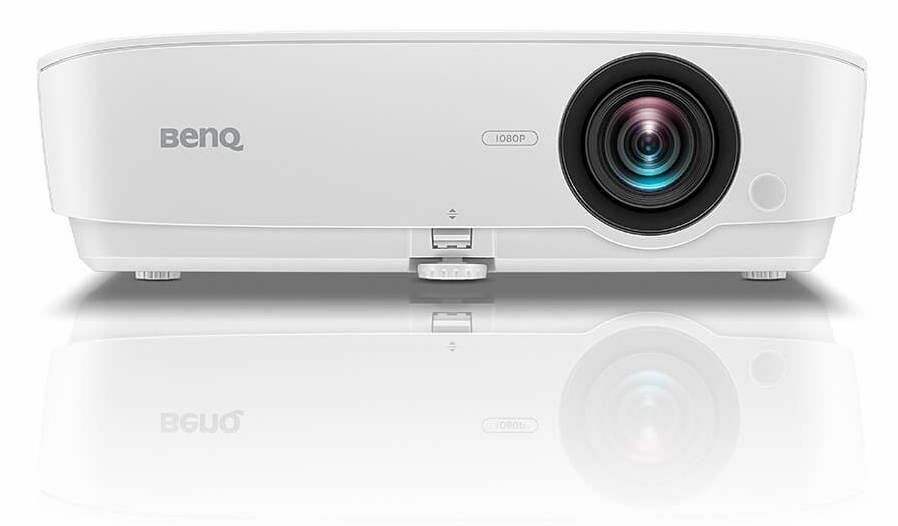 That’s fine on a practical level, of course. For some people it will make the TH535 twice as useful and twice as good value. But it does point to a projector that’s not really designed to recreate your local Odeon in a dedicated home theatre room. Jack of all trades projectors don’t tend to be masters of much.

The TH535 doesn’t carry a dedicated Game picture preset. Before gamers get too upset, it only suffers with a very respectable 33.1ms of input lag. That’s pretty low by projector standards, and doesn’t give you much room to blame the projector for your gaming fails.

As with most ‘living room’ projectors, the TH535 carries a built in speaker. Albeit one which only boasts 2W of power…

As you would expect given its price, the TH535 doesn’t support 4K or high dynamic range playback. It does, though, support 3D if you equip yourself with some compatible 3D glasses.

Once you’ve done it a few times, you can probably get the TH535 up and running in less than a minute. Just put it on your table, use its drop-down feet to angle the picture on to your screen, and tweak the zoom and focus wheels.

The zoom provides a solid (for a sub-£500 projector) 1.2x optical zoom, and there are 40 degrees of vertical keystone adjustment in both negative and positive ‘directions’. It’s a shame that there’s no vertical image shifting. But this only to be expected of such a cheap projector.

After that you just need to pick the picture preset best suited to your room conditions. Bright, of course, being the best option for a daytime or illuminated living room. Cinema being your best bet for a well darkened room.

One little set up complication is that the image tends to shift focus slightly as the projector warms up. So you may want to stand by it for a minute or two before settling down on the sofa thinking your set-up work is done.

Related: How to set up a projector 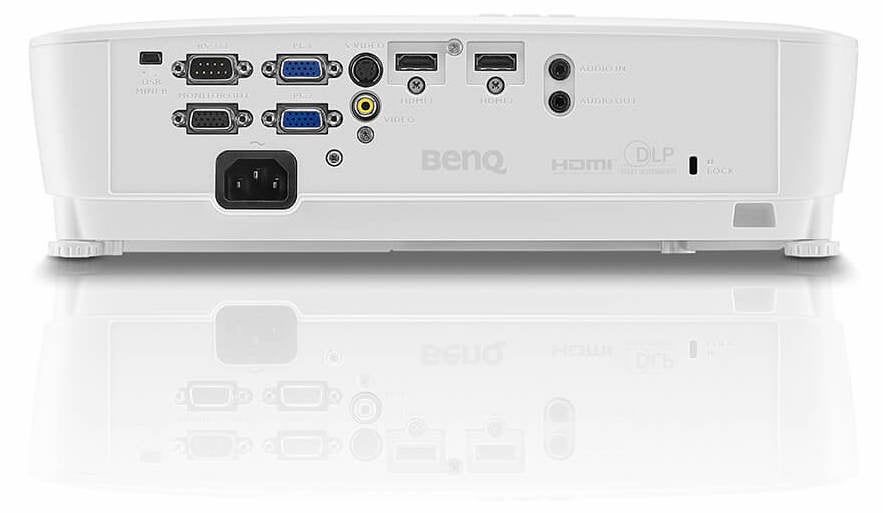 While just getting a picture from the BenQ TH535 is child’s play, you can go much further than that if you wish. More advanced options include full colour management, multiple lamp output modes, and even different wall colour settings.

I’d recommend using the Smart Eco lamp setting for all but the most blacked-out rooms, though the Eco lamp mode improves black levels at the expense of a little punch if your room is very dark.

Don’t try to improve black levels by reducing brightness. That just leads to shadow detail getting crushed out of the picture.

One last set-up point worth making is that since the TH535 can run quite hot, try arranging your room so you don’t have to sit too close to it.

We don’t often get chance to watch 3D these days. Watching 3D in action on the BenQ TH535, though, reminds me just how good it can be when done well.

The TH535’s brightness combats very handily the dimming effects of the ‘active shutter’ full HD 3D technology. It does so, moreover, without causing distracting amounts of flickering.

Crisp, detailed 3D images, such as those in the Pacific Rim 3D Blu-ray, are also done full justice by the TH535. Especially as its sharpness is scarcely impacted at all by the so-called crosstalk double ghosting noise associated with some 3D displays.

Motion is handled exceptionally well in 3D too, leaving moving objects looking solid and convincing rather than shimmery and juddery. Colours in 3D look natural and vivid, too, and dark 3D scenes avoid the mild reddish tone some older BenQ projectors have exhibited. 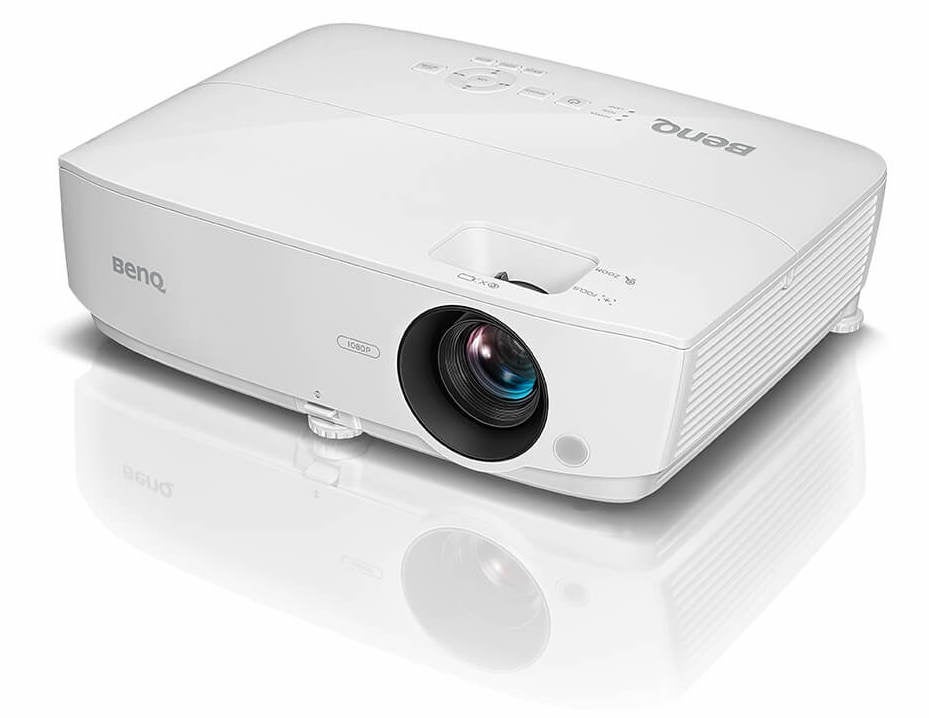 Plus, the sort of huge image sizes you can get with a projector make 3D much more immersive and compelling than on a typical TV screen. Overall the TH535 produces one of the most fun 3D experiences I’ve had. Pretty impressive for a sub-£500 projector.

Its 2D fortunes are more hit and miss.

On the hit side, it really holds its own in a reasonably bright room. Those 3,500 Lumens of brightness prove enough (in Bright picture mode) to punch through the ambient light to deliver a surprisingly vibrant picture. Especially if you have partnered the projector with a screen that provides a little positive gain.

Colours look rich and natural, avoiding much of that muted, faded look projectors usually suffer with when combatting ambient light. Dark areas retain more subtle shadow detailing than most projectors would in ambient light, too. So there’s a sense of depth to them rather than the usual hollow, empty look.

Sharpness is striking with HD sources, without being accompanied by exaggerated grain or noise. On the contrary, the TH535 is strikingly free of the sort of fizzing noise in dark areas and the dithering noise during camera pans that was once an aggressive DLP problem (and is still rarely suppressed as well as it is here).

One more reason the TH535 is actually at its best when there’s a little ambient light around is that such conditions hide its black level shortcomings.

In a blacked out room, you notice right away that dark scenes look a bit milky and flat compared with less aggressively bright projectors designed more specifically for home theatre use. Switch the TH535 to its Eco lamp mode can improve the black level situation, but doesn’t fully fix it. 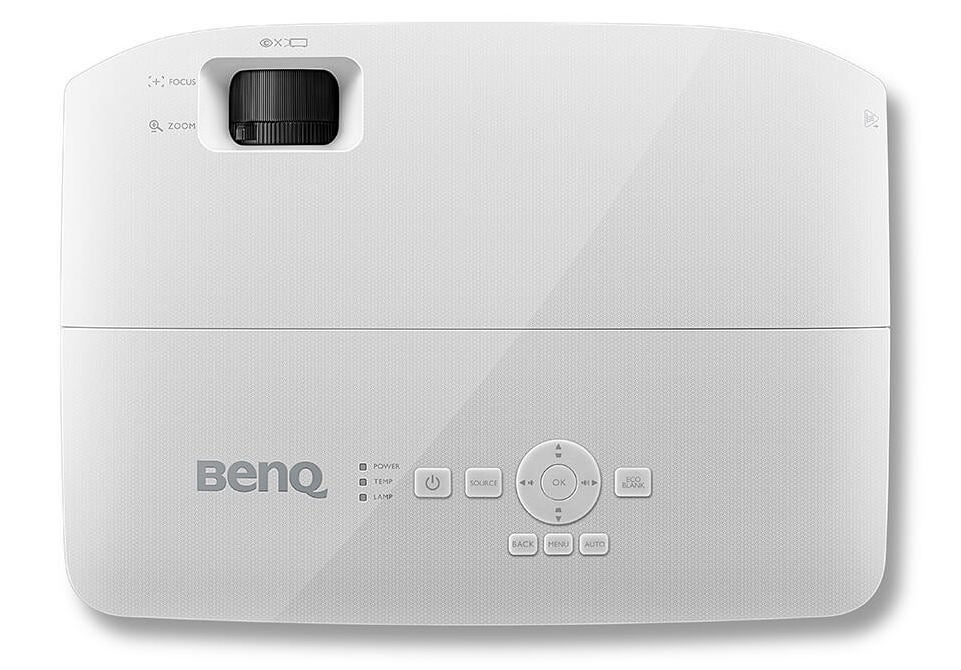 Also much more noticeable during dark room viewing is some pretty noticeable rainbow effect. This DLP issue sees stripes of pure red, green and blue flitting over stand-out bright objects. It’s severe enough here to be quite distracting if you’re reasonably sensitive to it.

While the TH535’s shadow detailing in bright rooms impressed, the situation is reversed in dark rooms. This isn’t because the projector somehow reveals less shadow detail than in bright rooms. Rather, the greyness you notice more in a dark room hides subtle details that less bright, more theatrical projectors with better black levels can reveal when they aren’t being assaulted by ambient light.

It’s also more apparent in a dark room that the TH535’s generally impressive sharpness isn’t totally consistent across the image. In particular, there’s a noticeably softer look to each corner. This isn’t typically bad enough to distract you, but can be quite noticeable if you’re using the TH535 for a business presentation.

The BenQ TH535 works pretty well as a gaming display. It doesn’t feel laggy, despite not having a Game mode, and its brightness, rich colours and mostly strong sharpness are well suited to game graphics. The only issue is that it can be tough to make out subtle details – including hidden enemies! – in game sequences that feature very dark graphics.

As expected, given its puny 2W of power, the TH535’s built-in speaker is seriously underwhelming. It’s so quiet, even on full volume, that sometimes you struggle to hear anything above the noise of the projector’s cooling fans. Even though these fans don’t actually run as loud as I’d have expected for such a cheap, bright projector. 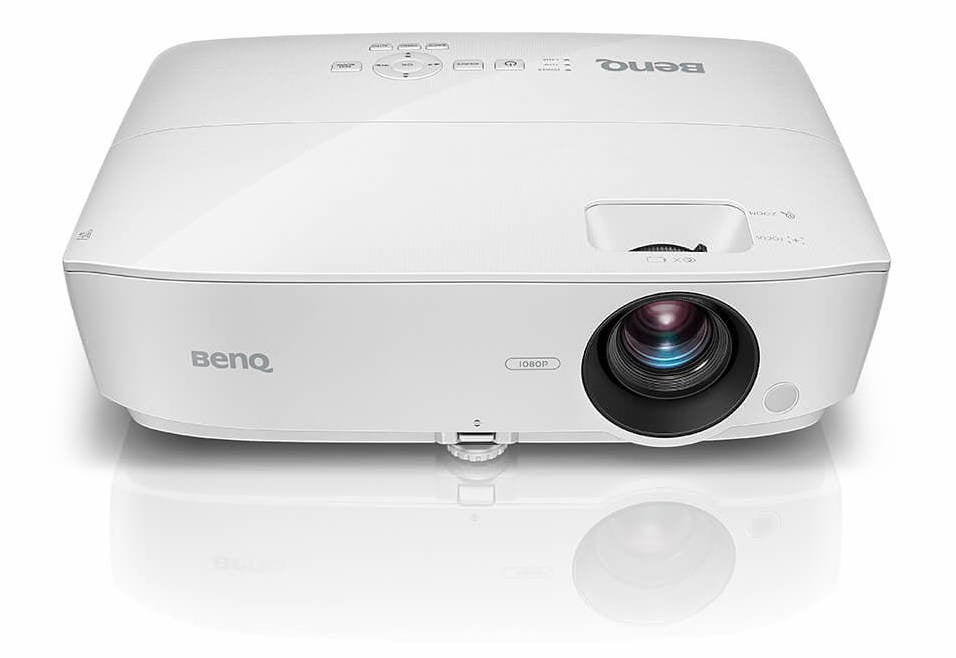 There’s no bass worthy of the name, and the sound stage is tiny. The sound, therefore, appears very dislocated from the onscreen action, and fails to create any sort of atmosphere if you’re watching a sports event.

In short, you’ll really need to add some sort of external sound system. A fact which complicates the TH535’s otherwise easy set up procedure.

As usual with budget projectors, the answer to whether you should buy a BenQ TH535 depends on how you expect to use your projector.

If you want a proper home cinema projector for serious movie nights, it’s worth trying to find a bit more money for a more theatre-based model. Such as BenQ’s £799 W1210ST, or Epson’s 4K-resolution EH-TW7000 (now available for as little as £960).

If you’re after a more casual projector that can be used without having to blackout your room, and will likely be used as much for TV and sports viewing as movies, then the BenQ TH535 is good value. Even though you’ll almost certainly feel the need to partner it with some sort of external audio system.