BenQ’s latest monitor is designed to be a jack-of-all-trades unit able to cope with work and entertainment with equal aplomb. The 27in screen, IPS panel and 2,560 x 1,440 resolution all prove attractive, but its £294 price could seem steep.

The BenQ’s versatile brief comes with plenty of competition. The straightforward Samsung S27C570HS is a Full HD screen that’s £50 cheaper, and Dell’s UltraSharp UZ2715H is an entertainment panel that costs even less. At the other end of the scale there are screens like the Acer XB270H – a dedicated gaming panel for £270. 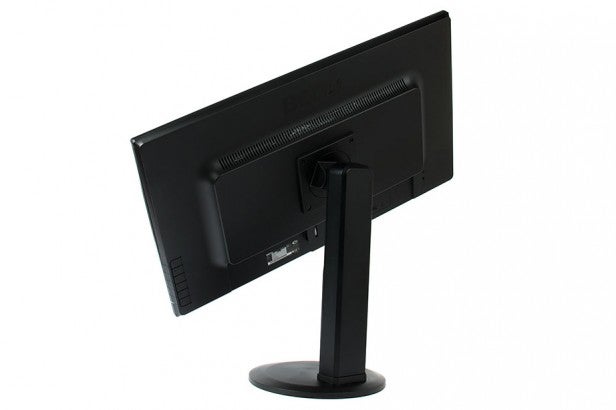 The BenQ improves on every rival in one critical department: resolution. This screen boasts a 2,560 x 1,440 figure, which is higher than its three rival Full HD screens. That means there’s more screen real estate for work and play, and it also means this screen is sharper than the competition: its 109 ppi outstrips the 82 ppi of 27in screens with 1,920 x 1,080 resolutions, which can look somewhat pixellated by today’s standards.

The 1440p panel is built with IPS technology – the same hardware as used in Dell’s screen, and different from the TN panel installed in the Acer. The IPS panel suggests colour accuracy will be good and viewing angles excellent – but response times might not match up to the gaming-friendly Acer screen.

The exterior is designed for versatility. The rear covers both modern and legacy display connections, with HDMI 1.4 and DisplayPort 1.2 alongside DVI and D-SUB, and the stand has several key options: height adjustment, swivel and tilt angle adjustments and compatability with 100mm VESA mounts.

The price does mean some features are missing. There are no USB ports, which come installed on the Dell and Acer panels, and there’s no webcam or microphone – features both included with the Dell. There’s no sign of Nvidia G-Sync or AMD Freesync, but that’s no surprise as these technologies both still come at a premium. 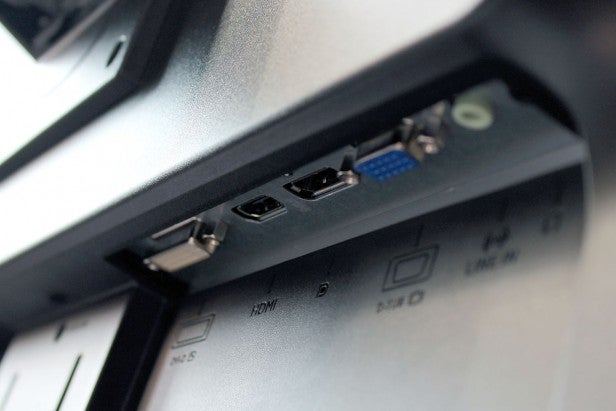 It’s not exactly a looker, either; the round stand and rear of the monitor are a plain matte black plastic, and the screen is enclosed in a glossy black border. The Dell looks better with its iMac-style aesthetics, the Samsung is slim with brushed metal effects, and the Acer has orange-tinged gaming style.

Build quality is middling, too. The panel wobbles about on the stand when it’s nudged, and there’s a little creak in the back panel. It’s similar to the quality we found on the Samsung and Acer screens, but pricier models are stronger.


BenQ has included plenty of port and design versatility in this screen, and it’s no surprise that setup was simple. The stand arrived attached to the back of the panel, and the base uses one chunky screw – that is already installed – to attach to the main unit.

There’s little to shout about when it comes to the menu system. It’s activated using buttons on the rear of the screen that correspond to dots on the border, and the first menu houses quick-select options that comprise of Low Blue Light modes, Input toggles and volume adjustment, although these selections can all be customised. 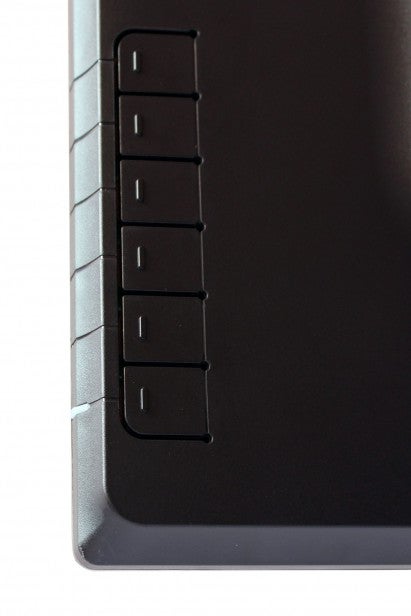 The main menu is divided into six sections that encompass picture settings, advanced settings and other options, and it’s all standard stuff: brightness and contrast adjustment, colour temperature modes, response time controls and dynamic contrast are all available.

It’s usable, but the menu system is sluggish and low-resolution, and lining up the on-screen menus with the buttons on the back of the panel is often irritating. Samsung and Dell screens have superior software, with easier navigation and sharper, better-looking designs.