The BenQ’s factory settings reveal
that this screen is a true mid-ranger – it trades blows with its rivals
but doesn’t manage to excel in any one area.

Its colour
temperature of 6,085K is closer to the 6,500K ideal than the cool
Samsung, but it’s further away than the Dell panel could manage, and
it’s on the warm side of the fence, so colours look a little
oversaturated. It’s a similar story with the average Delta E of 2.53 –
that’s a decent result that beats the Samsung and Acer screens, but it’s
still unable to match the Dell.

The contrast ratio of 1,029:1 is
high enough to ensure that light shades are bright and dark areas are
suitably inky. It’s a better score than the Dell and Acer screens, which
topped out at a pathetic 370:1 and more impressive 994:1, and it’s only
a few points behind the Samsung. The field is similarly close when it
comes to actually black point, although the BenQ’s 0.38 nit score does
fall marginally behind the Acer’s 0.33 nit result – no surprise, because
of the latter screen’s TN panel. 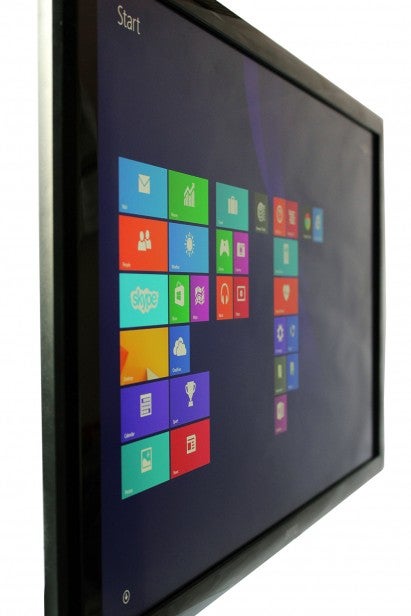 There’s
one category where the BenQ’s factory settings oust every competitor:
brightness. The GW2765’s 391 nit result is stratospheric and 63 nits
beyond its nearest challenger, the Acer. It’s impressive on paper but
it’s something of a moot point – in most home or office environments
200nits is more than enough, let alone double that amount. The 99.6%
sRGB coverage, though, is far more useful, ensuring this monitor can
reproduce nearly all the colours ever required for normal computing
work.

At factory settings, then, the BenQ has few weaknesses:
good brightness and contrast, decent colour accuracy and reasonable
temperature. It’s unable to overhaul any rival, though, with the Dell
having better colours and the Acer offering deeper blacks.

Viewing
angles are decent, and consistent – viewing the panel from the sides,
above or below saw the brightness and colours dip a little, but it’s not
too noticeable, and better than many rivals.The BenQ is finished with a
semi-gloss coating that doesn’t help, with reflections more obvious
than on truly matte screens.

The
BenQ’s selection of screen modes reflect its versatile design brief,
but we’re not enamoured with this panel’s Game, Movie or Photo options.

The
Game mode saw the Delta E decline to an average of 3.99 and the colour
temperature rocket to 8,155K – far too cool. The Movie mode has its
problems, too: the colour temperature of 6,365K is good, but the average
and maximum Delta E results of 3.65 and 27.31 are both far worse than
the BenQ’s factory settings. The final option, Photo mode, disappointed
with similar Delta E values, which are far too off-piste for accurate
picture editing.

One of BenQ’s selling points for this screen is
its Eye-care initiative, which aims to reduce eye strain, headaches and
other health problems through monitor design. The firm says ergonomic
adjustment and reminder systems can help, but the key part of this
scheme is a quartet of modes that cut down on blue light usage. They’re called Multimedia, Office, Reading and Web Surfing.

All
four of these modes concentrate on reducing brightness, with backlight
levels that range between 158 and 212 nits. Delta Es aren’t too bad
using these modes, but colour temperature suffers – with low blue light
options activated the temperatures range from 4,573K to 5,738K. They’re
all very warm, and all mean these options aren’t suitable for
colour-dependant tasks. 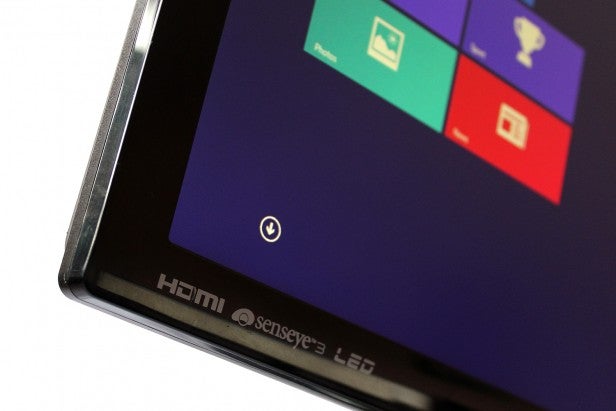 Indeed,
it’s far better to use the sRGB mode if you need to edit pictures or
design graphics. This was where the BenQ really excelled: its Delta E
improved to 1.39, colour temperature jumped to 6,386K, and contrast only
dipped a little, to 992:1. The contrast decline means this mode isn’t
perfect, but it’s where we saw the best all-round performance from this
panel.

When running at factory settings the BenQ consumes 41W of
power, but an Eco mode is included to reduce electricity consumption.
With this mode activated the BenQ’s brightness dipped to 166 nits and
power draw dropped to 23W. It’s a big drop, but both of the BenQ’s power
figures remain higher than the Acer, which dropped brightness to 185
nits and used just 21W in its own Eco mode.

The
BenQ’s colour modes are a mixed bag, but we had few problems with
uniformity – despite the high resolution and 27in diagonal, the GW2765
proved pleasingly consistent.

The panel only lost 5% of its
brightness along its bottom edge and, while this figure rose to 11% in
the top-left corner and 15% in the top-right area of the screen, that’s
no worse than rivals: similar to the Dell and better than the Samsung
and Acer products.

The BenQ’s colour temperature proved
consistent, too. It rose by between 1% and 4% across most of this
screen, with drops only in a couple of sectors at the bottom of the
panel – and, even then, the screen only lost less than 1% of its
vibrancy. That’s an improvement on the Samsung and Acer panels.

This
is not a dedicated gaming screen, so input lag is only adequate. Its
average across the panel was 28.9ms, which easily beats the 40ms figure
we consider the threshold before gaming performance is affected. That’s
fine for general use, but other panels are far more responsive; the Acer
was a tad better with an average of 26.3ms, and the Dell impressed with
a rapid 10.1ms – the best of all the screens we’ve mentioned here. 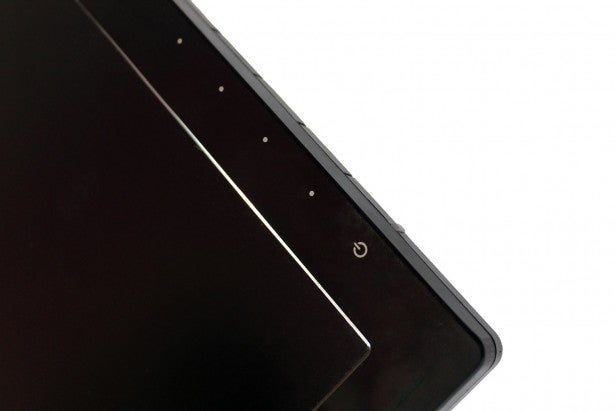 BenQ’s latest screen has as much ergonomic adjustment as we’ve seen from any other panel, and it’s brimming with display connections – our only quibble when it comes to this screen’s versatility is its lack of USB ports.

Image
quality is decent, too. It’s bright, with good contrast and black
levels, reasonable colour accuracy and good uniformity. Rivals screens
are better in some areas, but few are this consistent. It’s got a higher
resolution than rivals, too.

It’s a jack-of-all-trades panel,
though, so more specialised panels are better in some key departments.
The Acer’s TN panel improves response times and black levels, which
means it’s better for gaming, and the Dell has more accurate colours.

If
you do need a screen to cope with work, games and movies, though, this
is a good bet. It’s a little more expensive than rivals, but its
versatility and consistency make it worth the extra cash.

Still undecided about your next screen? Peruse our verdict on the Best Monitors of 2015, or read the rest of our recent monitor reviews

Versatile
design and consistent image quality help the BenQ compete with rivals,
and both of these factors make it a good choice if you’re searching for a
screen that can cope with a wide variety of scenarios. It’s a little
more expensive than the competition, though, and some screens do cope
better with more specialised tasks.