I mentioned that the BenQ’s affordable VA panel might impact on image quality, but benchmark tests revealed that the BL2420Z punched above its weight.

Its brightness level of 201 nits isn’t as impressive as the GW2870H’s 272 nit measurement, but that former figure is ample for office use. It’s also bolstered by a great black level of 0.07 nits, which beats the other screen and enables the BL2420Z to deliver an excellent contrast level of 2,720:1. 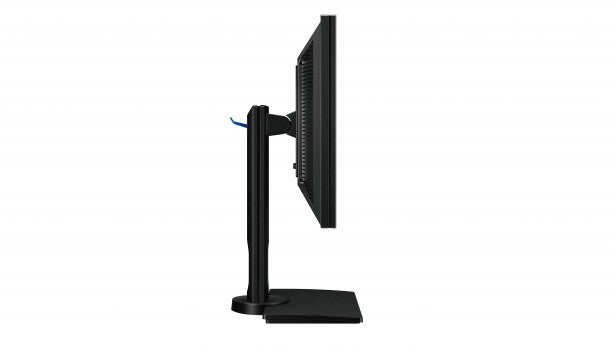 It’s a good start. I then turned the BL240Z down to 150 nits, which is a more comfortable brightness level for office use. The backlight may have been more comfortable, but the rest of the BenQ’s revised benchmark results were mixed.

The contrast ratio got worse with a result of 2,500:1, but that’s still a great figure – and the BenQ’s Delta E improved to an average of 1.89. Gamma remained at 2.27. The colour temperature warmed up to 5,782K, which makes colours seem a little oversaturated, but that’s not a huge problem.

In these initial tests, then, the £147 BenQ performed reasonably well. It’s better than its rival in many tests, and improved in several areas when the brightness was dropped to a more sensible level. It doesn’t have the colour accuracy to handle proper high-end work, but this is easily good enough for general office tasks.

That verdict followed through to the screen’s sRGB coverage level of 91.9% – a good result, but not great, with poorer performance with red, pink, purple and dark blue tones.

The BenQ’s screen modes are divided between productivity options and settings for entertainment – and, as ever, they’re generally underwhelming in their usefulness.

The CAD/CAM Mode saw the colour temperature warm up to 5,845K while the Delta E collapsed to 9.13 – a recipe for an oversaturated screen and inaccurate colours. And the Animation Mode’s Delta E and Gamma were poorer than the screen’s factory settings, which saw the panel develop a distracting blue tint.

The photo mode’s colour temperature ramped up to an unacceptable 10,114K which saw a more noticeable blue pall over the panel, and the Movie mode made little difference to the original results.

The sRGB mode’s Delta E measurement of 2.93 is reasonable and the colour temperature improved to an excellent 6,655K. Its brightness level of 233 nits is too high to be comfortable, but dropping the backlight to 150 nits saw the sRGB mode’s good results maintained: Delta E sat at an average of 1.68, colour temperature remained at 6,584K, and the Gamma average of 2.23 was excellent.

Most of the screen modes aren’t much use, then, but that sRGB option is diamond: better than most of the screen options and also more balanced than the BenQ’s factory settings. That’s what I’d choose for any work task. 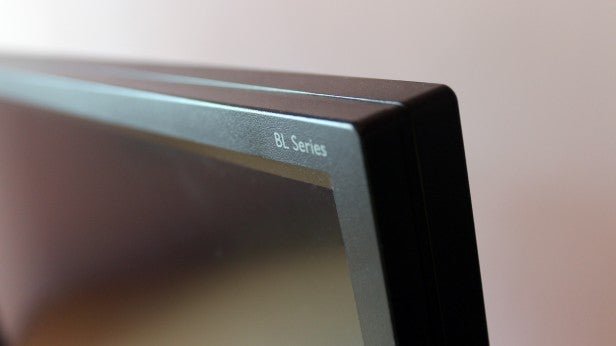 The BenQ kept its power consumption modest, too – the Eco mode’s power draw of 16W is tiny, but the BL2420Z still only required 21W from the mains when running at factory settings.

There wasn’t much to choose between the two BenQ screens in the uniformity benchmark. The BL2420Z lost between 12% and 16% of its brightness on its top edge, with a little less across the middle and the bottom bands. They’re mediocre results that match up with the GW2870H, but they shouldn’t interfere with work – I doubt anyone is buying this screen to tackle particularly intensive photo-editing tasks.

BenQ’s BL2420Z is smaller and less stylish than the GW2870H, but it fights back in several more practical areas.

Its screen quality is good enough for most work tasks, with reasonable colour accuracy and great contrast, and that sRGB mode is the best bet for getting balanced results in most departments.

The BL2420Z also has more versatility across the board, with USB ports, audio jacks and more movement options.

This screen isn’t flashy and didn’t blow away the benchmarks, but it’s a solid and versatile option for the office. It’s an ideal choice if you’re after a workplace all-rounder without breaking the bank.

Related: Best Monitors to buy in 2016

The BenQ BL2420Z doesn’t turn heads with its design, but it’s versatile and sturdy – both attributes that are welcome in the workplace. Its image quality is reasonable, too, especially in sRGB mode. It doesn’t have the chops for high-end colour work, but this is a capable and affordable all-round office panel.