Choosing a monitor has become more complicated than ever before, with new screens routinely boasting dozens of features – from game-friendly screen modes and tweaks to speakers, webcams and other bits of kit designed to aid productivity.

BenQ’s GW2870H heads firmly in the other direction. This panel is a sizeable piece of kit with a 28in diagonal, but it arrives without any bells and whistles. Impressively, it also costs less than £200.

However, gamers may want to look elsewhere: VA screens tend to suffer poor response time and input lag when compared to TN panels.

The downside to the BenQ’s modest 1080p resolution and wide diagonal is a lack of sharpness. The GW2870H’s density level of 79ppi isn’t much cop: it’s marginally poorer than the BenQ RL2755HM and the Dell UZ2715H, which both have 1080p resolutions across 27in panels. 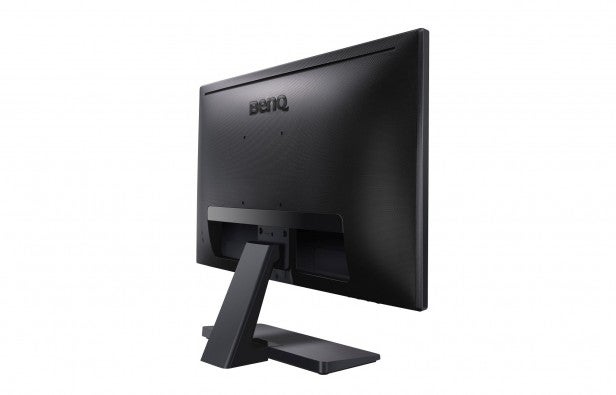 The 1080p resolution is fine for most tasks, but it has an undeniable impact in a number of areas. It’s possible to line up two windows side-by-side when working, but any more and the screen becomes cramped. Plus, the lack of pixels means that less detail is visible when working with pictures. It’s still perfectly possible to crack on with work using this panel, but a 1440p screen will offer more space and sharpness.

BenQ has put this panel inside a chassis that it says is “the perfect embodiment of the Bauhaus ‘less is more’ design philosophy”.  In the real world, that means smart, subtle looks: the screen is surrounded by a narrow, matte bezel, and the base is finished with a brushed aluminium effect and a small glossy section. It certainly looks good: classier than the game-centric RL2755HM, and more subtle than the big-bezelled Dell.

The BenQ’s low price means it’s missing a litany of features. There are no speakers or USB ports, the stand’s versatility is poor, and there’s no webcam – all features that the Dell includes. It also doesn’t have the headphone hook, low response times and genre-specific game modes of the other BenQ.

Setup takes only a few seconds. The stand plugs into the back of the screen without the need for any screws, and the base secures into place with the help of a single preinstalled screw.

The BenQ’s cheap price and simple stand mean that there aren’t many tweaking options. The panel can be tilted back and forward and it supports VESA mounting, but that’s it – it can’t swing into portrait mode, there’s no left-to-right swivel, and no height adjustment either. Note that by default the screen sits a little low down, so it could become awkward on “busy” desks.

Build quality isn’t fantastic. My main issue is the stand, which is wobbly. With a 204mm depth and 5.5kg weight, however, the BenQ matches up to rivals well – it will be easy enough to move this panel during an office relocation. 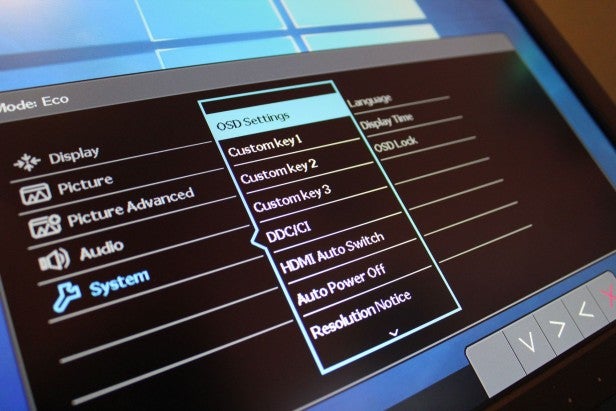 The display inputs aren’t too generous. There’s D-SUB and two HDMI points, but no sign of DVI – a common connector on many older PCs in particular.

The on-screen display is serviceable, and organised sensibly, but it isn’t without issues. It’s slow to navigate and select options, and its functionality is inconsistent. For example, I couldn’t scroll from the bottom to the top of a larger menu in order to make navigation simpler, but I could in smaller menus where that functionality just isn’t needed.