This no-nonsense business monitor doesn’t have the kind of flashy design that’ll help it stand out in a stylish office, but it makes up for its lack of style with a solid range of features.

It turns heads with its low price, too. Despite its impressive versatility, the BenQ BL2420Z costs just £147 – so it’ll be an affordable addition to the workplace.

Related: Best Monitors to buy in 2016

The BenQ’s matte black finish and underwhelming stand aren’t stylish, but my first impression revolved around versatility rather than vanity.

The stand’s circular construction helps the screen to rotate from left to right, and there’s 150mm of height adjustment. The BL2420Z tilts back and forward, and the screen moves from its landscape orientation to a portrait position. This screen also supports 100mm VESA mounts, and the rear of the stand has a hole for cable storage. 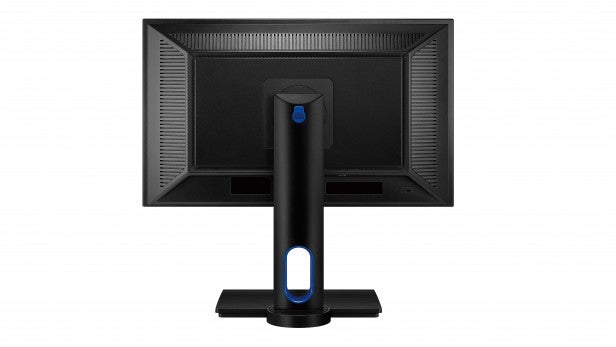 It’s a better bill of health than BenQ’s own GW2870H, which is similarly priced, but benefits from a larger panel. The GW-branded monitor looks better, but it’s far less versatile – it tilts up and down and can be used with a VESA mount, but that’s it.

The BL2420Z’s centrepiece is a VA panel. That’s the same as the larger BenQ monitor, and it comes with several advantages – among them superior colour reproduction and brightness. BenQ has bolstered with BL2420Z with a matte finish.

Both screens are 8-bit panels, which means they can display 16.7 million colours. That’s ample for most work tasks, but it’s not as many as proper 10-bit screens – they can pump out more than one billion different shades. Unsurprisingly, proper 10-bit panels are more expensive.

The BenQ has DisplayPort, DVI and D-SUB connectors, but no HDMI – an odd choice considering the proliferation of HDMI ports, especially on notebooks – the GW2870H has two of these ports, but no DisplayPort.

It has pairs of USB 2.0 and audio ports, too, although these face downwards and they’re on the rear of the screen, which makes them tricky to access and are only really suitable for peripherals you’ll rarely disconnect, such as a keyboard and mouse.

Related: The best Wi-Fi routers you can buy

It also has a pair of 1W speakers. That’s a feature that BenQ can tick off, but I’d never use them: they’re muffled and muddy, with no nuance and a deep sound that banishes any high-end noise.

Despite those bad speakers, the BL2420Z’s has a better set of features than the BenQ GW2870H – that panel was larger and more stylish, but it had no speakers and no USB ports alongside poorer versatility.

This no-nonsense screen was easy to get working. The stand attached to the rear of the panel using a simple, tool-free clasping mechanism, and the base slotted into place using a single pre-installed screw.

The BenQ’s simple setup was bolstered by reassuring movement options. Swinging the screen around to portrait mode is easy, and the panel swivels with a smooth action. The BenQ’s body is sturdy for the most part, too – the monitor does wobble a tad on its stand, but nothing that you wouldn’t expect from a monitor at this price.

The BL2420Z doesn’t have physical buttons. Instead the onscreen menus are controlled by backlit, touch-sensitive buttons in the bezel.

The menu is sensibly laid out, with only a couple of quirks: some lists don’t allow the user to cycle through the options, which makes navigation trickier than necessary, and the pixellated graphics don’t look great. 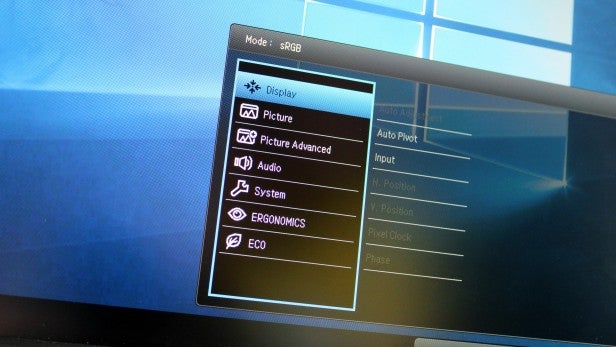 The menu is a little slow to respond, but these are all minor quibbles of this budget screen’s entirely usable control scheme.