What is the Belkin Ultimate Keyboard Case for iPad Air?

Most of what you need to know is in the name, the Belkin Ultimate Keyboard case is Belkin’s attempt at the ‘perfect’ keyboard and case combined. In some respects it sits between the Logitech Ultrathin Keyboard Cover and the Logitech FabricSkin Keyboard Folio – it has a mechanical style keyboard like the Ultrathin Keyboard, but it’s a Folio-style case that covers the rear as well as the front like the Fabric Skin. 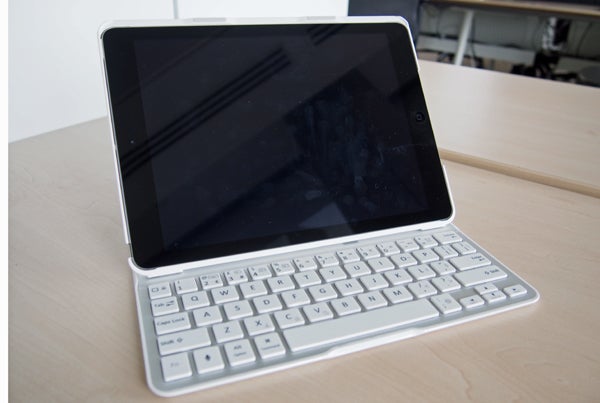 The combination of ‘proper’ keyboard and folio case sounds quite promising on paper – we like the typing experience on the Ultrathin, but prefer the design and protection offered by the FabricSkin. Initially, however, the Belkin Ultimate Keyboard Case is rather disappointing.

The combination of brushed metal, faux-leather and plastic materials gives the Belkin Ultimate Keyboard Case a rather disjointed look and feel. This is possibly less evident on the black version than the white one we were sent, however, so isn’t reason enough to discount the Belkin.

This is doubly true thanks to one or two nice touches, our favourite of which is the three-stage magnetic stand. This is the same concept as the FabricSkin where the magnetic clasp activates the Bluetooth connection and holds your iPad in place, but Belkin has two additional angles where the Logitech only has the one. It’s a very neat system that we really like.

The plastic housing for your iPad is very easy to use. It’s strong enough to hold it tightly, but flexible enough that it isn’t too hard to get your iPad in and out when you need to. It’s not quite as easy as with the Logitech FabricSkin, where you can slide the iPad out, but it works fine.

The case itself weighs 421g, which is more or less exactly the same as the FabricSkin, and around 121g more than the Ultrathin. It means the case and iPad combined weigh around 880g. It’s a manageable weight, though its does largely prevent you using the iPad single-handed without removing the case first. 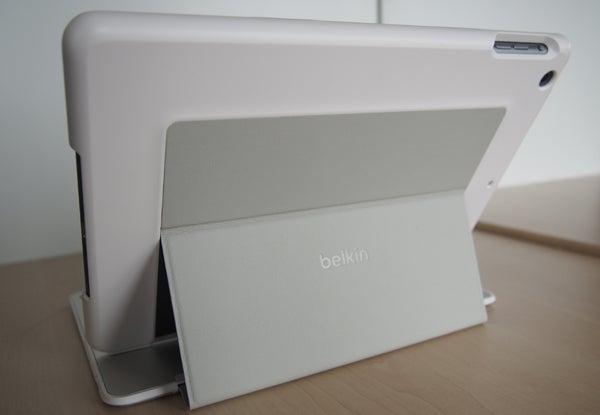 There are things we like about the Belkin’s keyboard, and things we don’t, and sadly the latter outweigh the former. While general feel of the keys is fine, with a nice soft but precise action with a reasonable amount of travel, the layout makes too many of the wrong compromises.

Most irksome is the area around the Return key. Belkin’s chosen to use an American-style version, which is fine in itself but presents quite a few problems in actual use. The main one is that, thanks to its greater width, Belkin has had to move a few keys around to fit it in. 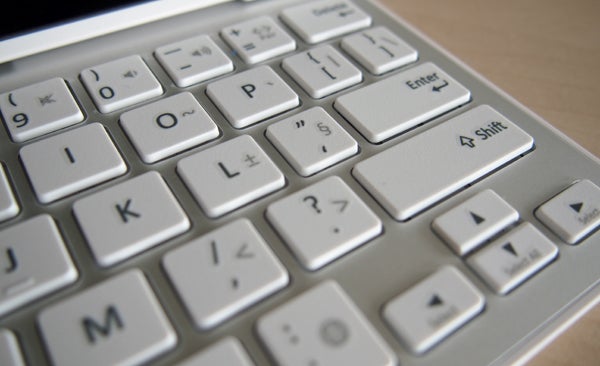 The result means the Colon/Semi-Colon key is now on the bottom row, next to the spacebar. This causes the real problem, that the apostrophe key sits right next to the Return key. This means you’ll constantly hit the Return key instead, which is infuriating when you’re trying to focus on writing.

How serious an issue this is will depend on how you work and how forgiving you are, but it definitely gave us a few headaches. We also found some other secondary and tertiary key positions puzzling, though none were quite as annoying as the apostrophe key. 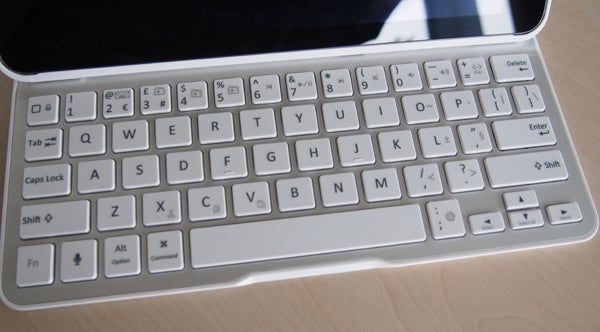 Elsewhere, Belkin squeezes in plenty of useful shortcut keys for things like playback control. Our favourite addition is the dedicated Siri shortcut button on the bottom row, which is actually really useful and quite conveniently located.

Should I buy the Belkin Ultimate Keyboard Case for iPad?

Belkin has some good ideas here, but the execution could do with more attention to detail. With some smart arrangement it could have avoided the most glaring layout issues, but proceed with caution if you’re particularly fussy about keyboard layouts.

As it is, it’s still worth considering if you don’t like the look of the membrane keyboard on the Logitech FabricSkin (or its price), but there’s a learning curve to get used to if you decide to give it a go.

A promising keyboard and folio case let down by a slightly iffy keyboard layout. It’s among the better iPad keyboard cases out there that’s worth considering, but it doesn’t topple the Logitech as our preferred choice.