What is the Logitech Ultrathin Keyboard Cover for iPad Air?

Logitech’s reputation for great accessories is well-established, and it has long held the title of ‘best keyboard cover for iPad’ thanks to the Ultrathin Keyboard Cover. This is the latest version, adapted and tweaked to fit with new narrower, lighter iPad Air. Surely Logitech can’t have broken a winning formula? Clearly not. 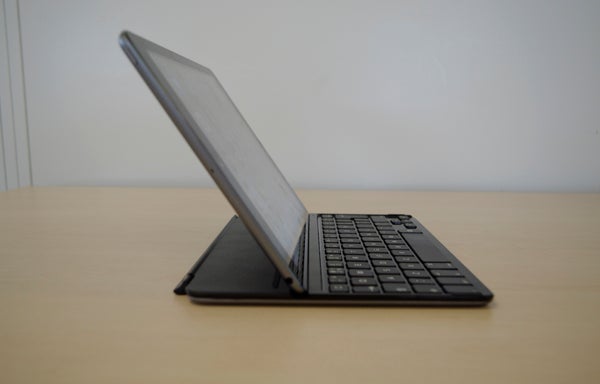 We’ll deal with the obvious questions first. Making the Ultrathin Keyboard Cover smaller to fit the iPad Air has had no meaningful impact on the quality of the keyboard. Most keys are the exact same size, with only the Tab and Caps Lock keys being slightly smaller than before.

That’s good news, though we were a little surprised to discover that iPad Air version is no lighter or thinner than the original. It weighs 330g on its own, or just under 800g when combined with an iPad Air. It’s still impressively thin and light compared to the alternatives, but perhaps not as much as original compared to the iPad Air. 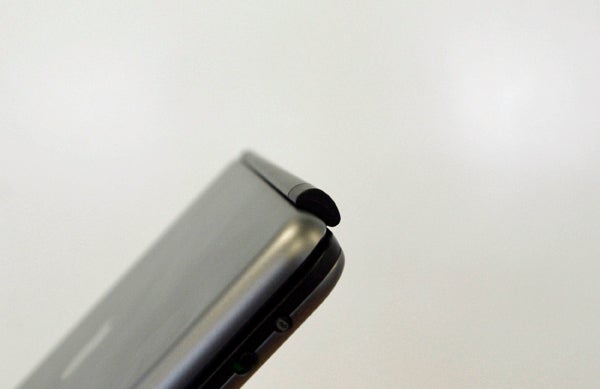 This fact isn’t helped by the fact the hinge is a little chunkier and more obtrusive, a necessary evil due to the slightly curvier frame of the iPad Air compared to the steeply tapered edges of preceding iPads. You just notice it more than on the original. It’s not a deal breaker by any means, but the fussiest of owners may take offense. Likewise, the slightly jarring gap along the front edge when closed is a little ugly.

Logitech has made some subtle improvements too, though. The old Ultrathin had a habit of slip sliding around on some surfaces, so Logitech has added a couple of small rubber feet at the front and a rubber strip at the back that runs nearly the whole length of the hinge. We’re not sure the feet at the front are much use, but the strip at the rear does a great job preventing the keyboard from sliding as you type. 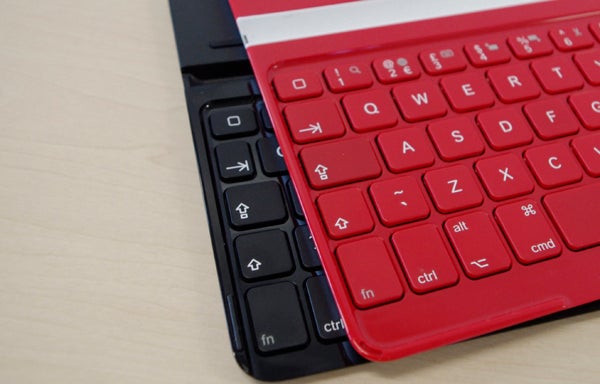 As before the iPad sits in a narrow ridge when in typing mode, and you must detach the iPad from the magnetic hinge to place it in. It sits at a very comfortable angle for typing, though it’s sometimes a little too shallow an angle for comfortable video viewing. One of the beauties of this design, however, is you can easily dispense with the keyboard entirely when you just want to read or play games.

This isn’t a luxury you normally have with a folio case, like with Logitech’s own FabricSkin Keyboard Folio — it’s easy enough to remove an iPad from the Folio, but you’re far less likely to actually do it. This flexibility is a vital part of the Ultrathin Keyboard Cover’s appeal.

The other is simply how nice it is to type with. We’ve used quite a few keyboards with iPads, but the Ultrathin remains the best. Each key has a nice, crisp action and they’re just large enough to make typing almost as seamless an experience as on a full-size keyboard.

This prowess as a keyboard simply outranks any niggles over the aesthetic design, or how little actually protection it offers. We still feel enmoured with the idea of a Microsoft Surface-style Touch Cover for the iPad, but in the absence of something as thin, light and effective as that the Ultrathin Keyboard Cover remains the best iPad keyboard out there. 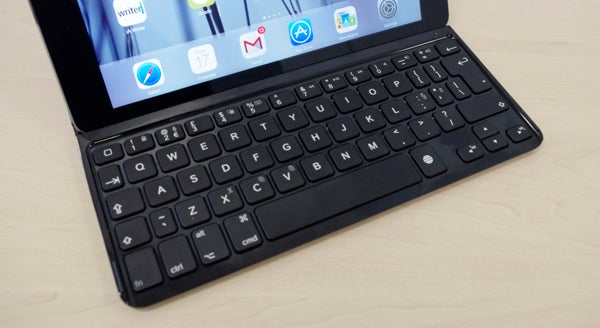 Should I buy the Logitech Ultrathin Keyboard Cover for iPad Air?

If all you want is the best possible typing experience for your iPad, definitely. As a cover and keyboard in one it is unrivalled — only a full-size Apple Wireless Keyboard could beat it and it’s nothing like as convenient.

That’s why we recommend it, but it’s not quite as unqualified an recommendation as before. In some ways we actually prefer the Logitech FabricSkin Keyboard Folio, but the kicker in the Ultrathin’s favour is it’s at least £30 cheaper in most stockists.

It’s a great keyboard and an imperfect cover, but the price is right for this particular keyboard case.

Next, read our tablet buyer’s guide