What is the Barbecook Joya?

The Barbecook Joya is a mini charcoal cooker for use on a tabletop. You could call it a barbecue but it doesn’t really feel like one. It’s fairly small and, coming as it does with little chopstick-sized tongs, it’s clearly designed for people to sit around – with everyone cooking their own food.

It cooks fairly quickly and evenly but thanks to its size is best used for cooking smaller stuff like kebabs and cuts of steak, not a big barbecue meal. The lack of lid and windshield is a bit limiting though. 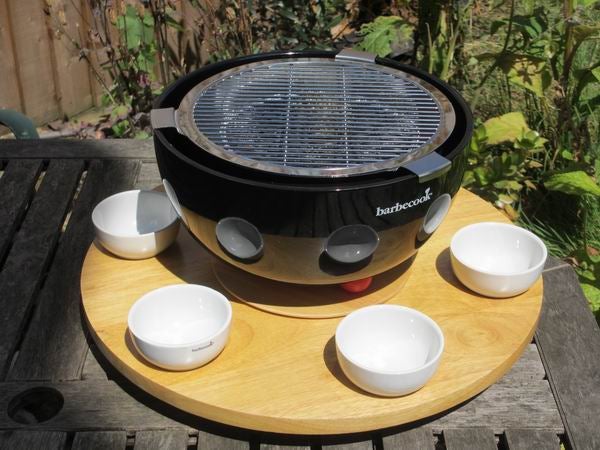 The Joya cooks using charcoal but it doesn’t feel like a barbecue. It’s small and it’s designed to be used on a tabletop. People sit around it, each cooking their own food steak-on-the-stone style, much like a Japanese teppanyaki grill.

It comes with four sets of wooden tongs, the size of chopsticks. But the “lazy Susan” rotating table pictured in the test photos costs extra (around £59.99 at the time of writing), but is a superb addition to the Joya. 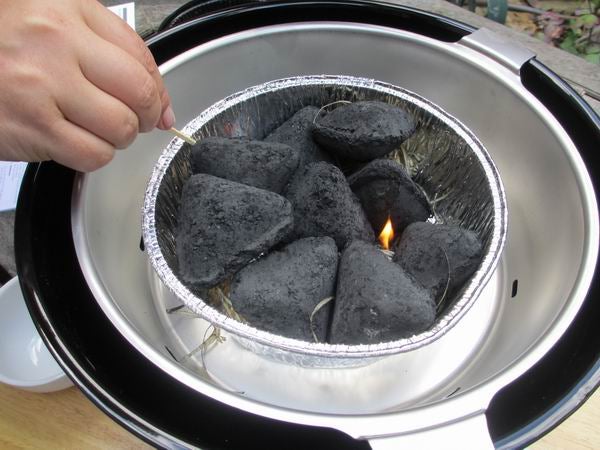 You can cook using loose charcoal but it’s recommended that you fuel it with Barbecook Grilltabs: an aluminium foil bowl filled with a mix of charcoal and wood wool for kindling. These cost around £10 each, but we felt you could get away with refilling the empty bowl with charcoal and firelighters a few times. You can use loose charcoal instead but the foil bowl does make cleaning easy.

The cooking area is small at 27cm diameter. And the design is novel: an outer ceramic bowl and then an inner stainless steel bowl to hold the fire, and then you put half a litre of water inside the ceramic bowl to ensure there’s no danger of the table getting scorched. This doesn’t just keep the base cool for safe use on a table, it also means that the sides are cool and safe to touch.

It’s for outdoor use only but there’s no lid and no windshield, so it won’t be great in very exposed environments. It’s probably best used on the patio. 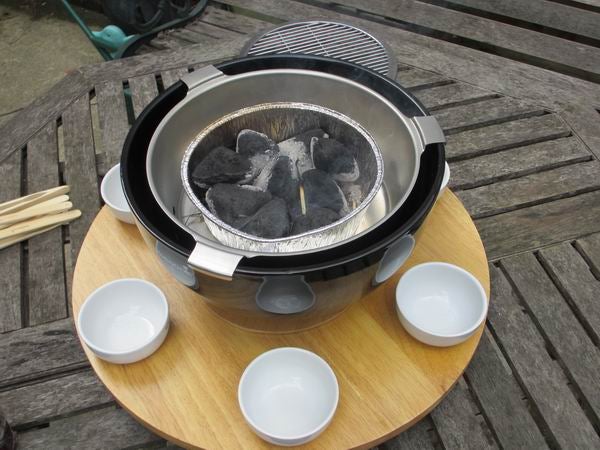 The Joya looks elegant on the tabletop, even more so with the optional rotating table and bowls. It’s instantly compelling and fun: the little wooden tongs are a great idea, encouraging diners to cook their own food.

Lighting was a breeze with the Grilltab, but the idea of spending a tenner on fuel wasn’t popular so we weighed up how many times its aluminium container – essentially a large foil pie tin – could be reused. We concluded you could refill with charcoal at four or five times. 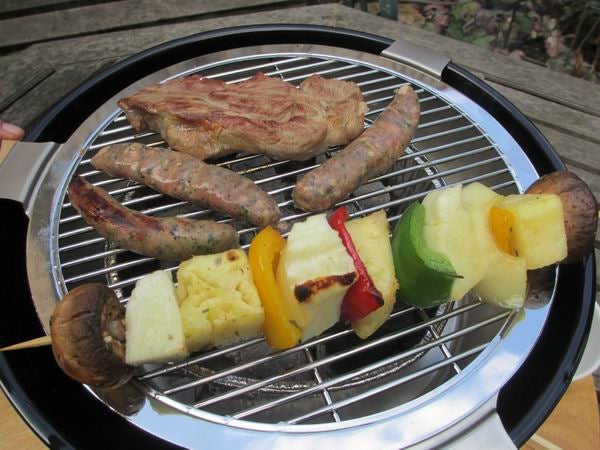 Everyone felt that the cooking area was small. The Joya comes with four tongs, so presumably it’s designed for four people to enjoy. But there’s just enough surface area for each diner to cook a few morsels at a time.

We cooked steak, bangers and veggie kebabs on it and found the cooking to be even and fairly quick. With the wooden tongs, cooking smaller stuff – kebabs and cuts of steak – made most sense.

The experience was very tactile and popular. Playing with your food is fun! 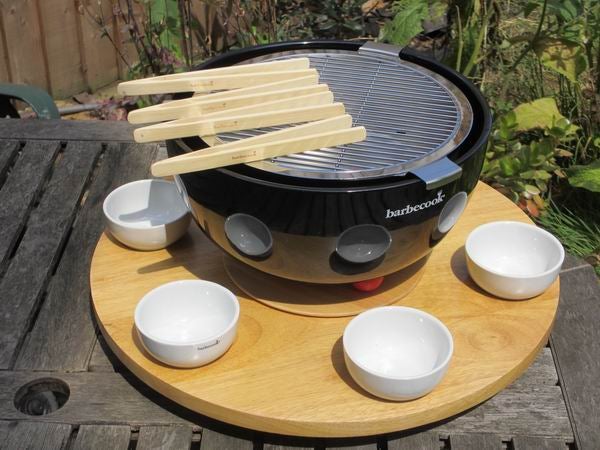 Should I buy the Barbecook Joya?

Yes if you fancy playful outdoor dining on a patio table. We really enjoyed cooking on it. But don’t think of it as a barbecue or you’ll be disappointed: it’s too small and the lack of lid and windshield is limiting.

If you’re looking for a more versatile yet compact portable barbecue consider the fan assisted Lotus Grill or the foodie Cobb Premier.

This compact tabletop charcoal grill is great fun to gather round with everyone cooking their own cuts.