What is the Cobb Premier?

The Cobb Premier is an award-winning outdoor stove that cooks using charcoal. Although it could be referred to as a barbecue, it offers versatile cooking options that transcend the category.

Its design is fuel-efficient and versatile, allowing you to add liquids to infuse food items with moisture and flavours. The results are evenly cooked and tasty – but they don’t quite have that barbecue flavour. 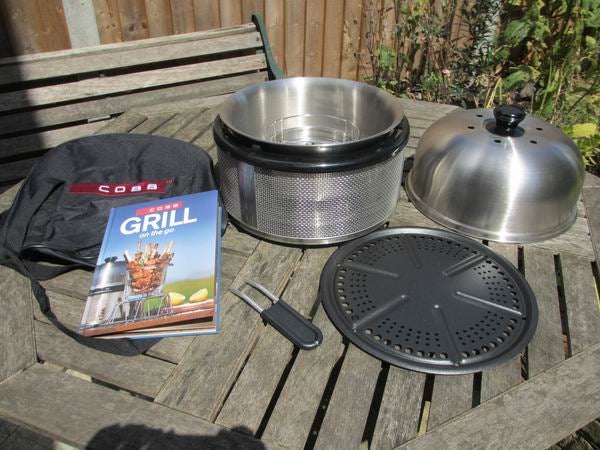 The Cobb has a clever design that sees a small basket for charcoal sit in the middle of the unit: you need only eight to ten briquettes. Around the basket is plenty of space, so air can get pulled through the coals. Below the area is a moat – more on that later.

On top is a non-stick grill tray, whose slightly convex shape means fat runs to the outer edges and drips through holes into the moat, not onto the coals. This prevents flare-ups that occur from fat dripping onto coals. 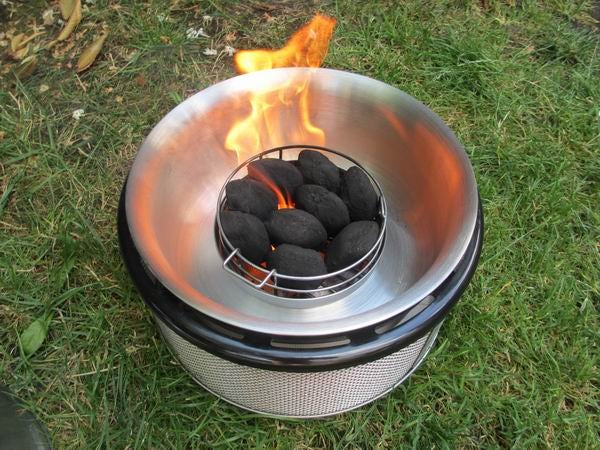 The moat is designed not only to catch fat and juices, but also to infuse food with moisture and different flavours. You can fill the moat with stock, wine, beer, water – any liquid really – and add herbs and other flavourings. It can even be used to poach veggies, sausages and more. This all works because of the Cobb’s dome lid, which retains heat and moisture.

The model we tested was supplied with a lifting handle for picking up the grill tray, plus a carry bag and recipe book. 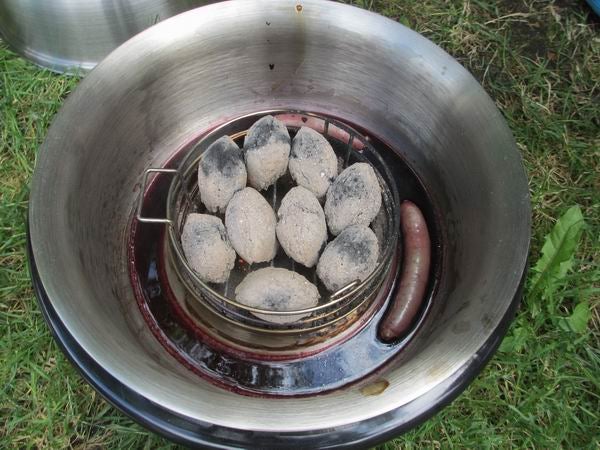 While the Cobb Premier isn’t tiny, it’s lightweight and the carry bag is a great addition. This is absolutely a barbecue that you could take with you to the beach or on a camping trip. The bag would have benefited from a double zip, though – the single one felt a bit cheap.

And you’ll find it a very versatile cooker on camp. Although it isn’t designed to boil a kettle, you can grill, roast, smoke, poach and more. You can even roast a chicken or cook a pizza on it.

Lighting the Cobb Premier is simple: place a firelighter cube below the charcoal basket, fill the basket with coal and then light. 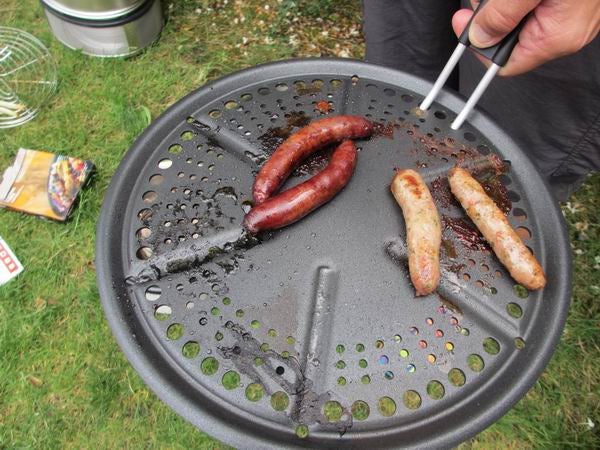 Alternatively, you can buy Cobbstones – fuel bricks made from coconut husk – that light quickly and last for 2 hours.

We cooked lamb steaks on the Cobb adding red wine in the moat. The results were delicious: evenly cooked and moist – but without the flavour of wine. Next time we’d add herbs too.

Fortunately, the curve in the Cobb Premier’s cooking surface is subtle enough that it doesn’t cause problems when cooking. This is in contrast to the Cobb Supreme, whose much steeper slope saw sausages doing roly-polys. 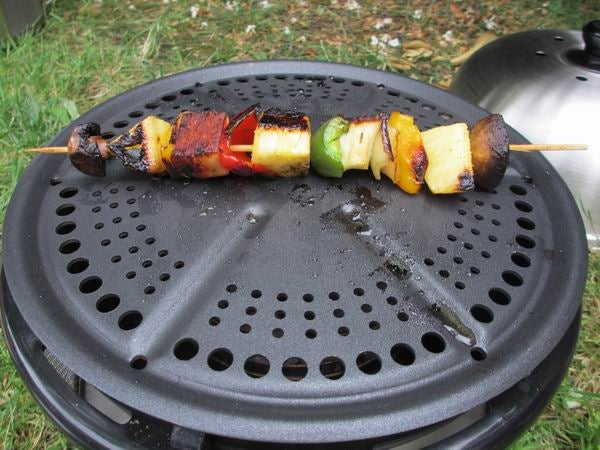 We cooked pork burgers, halloumi, corn and sausages. The results were consistent across the board – evenly cooked and tasty, but it was lacking that barbecue taste. The up-side is that there’s no chance that the Cobb Premier will cremate your food; however, we missed that slight charred flavour. It’s more like cooking in a pan.

Fuel was long-lasting,and cleaning the non-stick grill tray was easy. However, the wine in the moat had boiled dry and the resulting residue required a good soak and a scrub. 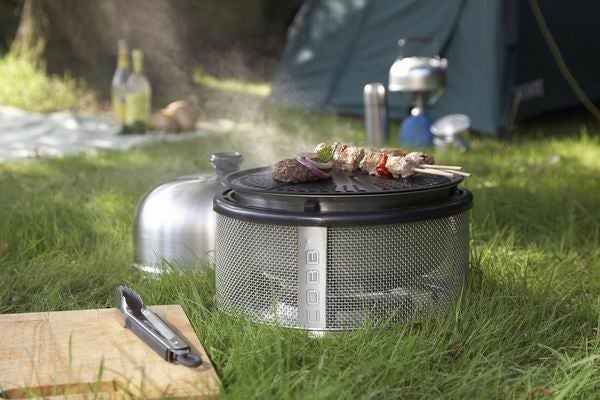 Should I buy the Cobb Premier?

For versatile outdoor cooking, the Cobb Premier is perfect. It’s the foodie’s camping stove of choice and handy for patio cooking at home too. Although the results lack that charred flavour, food is  evenly cooked and tasty. You’ll be able to cook a variety of recipes using various techniques.

A good alternative for those serious about their food is the Big Green Egg MiniMax. And if you’re simply after quick, efficient charcoal cooking then consider the fan-assisted Lotus Grill.

The Cobb Premier is a superb outdoor charcoal stove for foodies – great for cooking at home and to take away with you on camping trips.