What is the Lotus Grill?

The Lotus Grill is a charcoal barbecue with a difference: it uses a battery-powered fan to speed up cooking. What’s more, the fan speed is variable, so you can literally turn a knob to control the heat levels.

It was ready to use in only five minutes – and the results were very impressive. Plus, it’s safe to use on a tabletop. 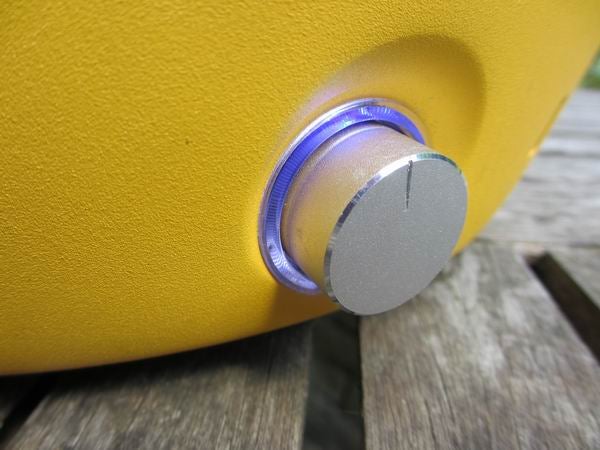 This charcoal barbecue has an unusual feature reminiscent of BioLite wood stoves: it’s fan-assisted. The colourful outer shell hides four AA batteries that – on turning the knob at the front – power a fan at the centre of the grill.

Within the shell is a metal bowl for the hot bits of the barbecue. Air is pulled in by the fan and up through the charcoal in the middle.

The base stays cool, so the barbecue is safe to use on a lawn or a tabletop. In fact, the double-wall design means that even the coloured sides are cool to the touch. 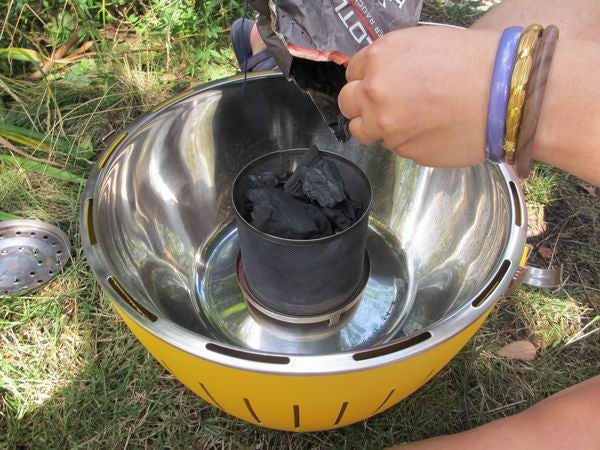 The Lotus Grill was bigger than we’d expected, but it’s light and comes with a handy carry bag.

We loaded it with charcoal and beneath the charcoal basket squirted in some lighting gel. After lighting it we turned on the fan… and then stood in surprise as the charcoal burned so quickly that the Lotus Grill was ready to use within 5 minutes.

At first we found that it was burning too hot and too quickly as we cooked, so we had to keep loading it with charcoal. But we soon discovered that the knob on the front that controls the fan speed is effectively a temperature control. 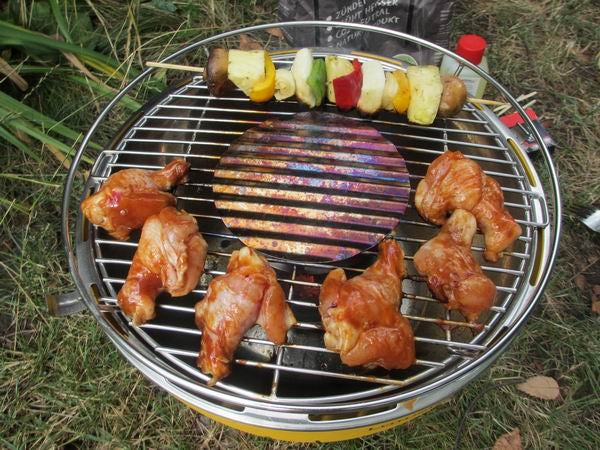 Thereafter, whatever speed at which food was cooked, the Lotus Grill cooked it beautifully. Everything from veggie kebabs to marinaded chicken was moist – probably because of the speed – and had just the right amount of charring to deliver a barbecue flavour.

The grill is designed to shield the coals from any drips from food. A solid circle in the middle of the grill grid, above the charcoal basket, prevents it. This ensures that there aren’t any flare-ups when fat runs through the grill. The downside to this is that we found the grill grid more difficult to clean – scourers often got caught in the gap where the grid meets the solid circle. 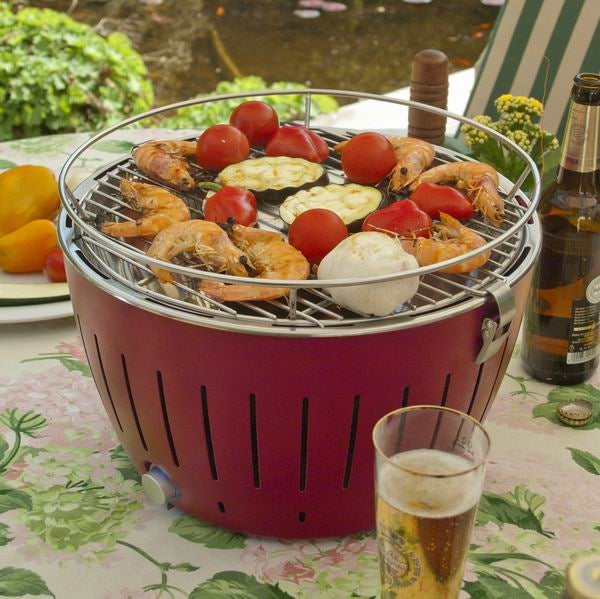 Should I buy the Lotus Grill?

Yes – if you want a charcoal barbecue that’s fast and clever, look no further. The built-in fan makes it quick to light and easy to control. The results taste delicious – evenly cooked but with a good barbecue flavour.

For the foodies out there, the Cobb Premier is an affordable option; or you could consider the not-so-affordable Big Green Egg MiniMax.

This clever charcoal grill is super-quick to light, and with the help of its heat control delivers delicious results every time. Simply superb.